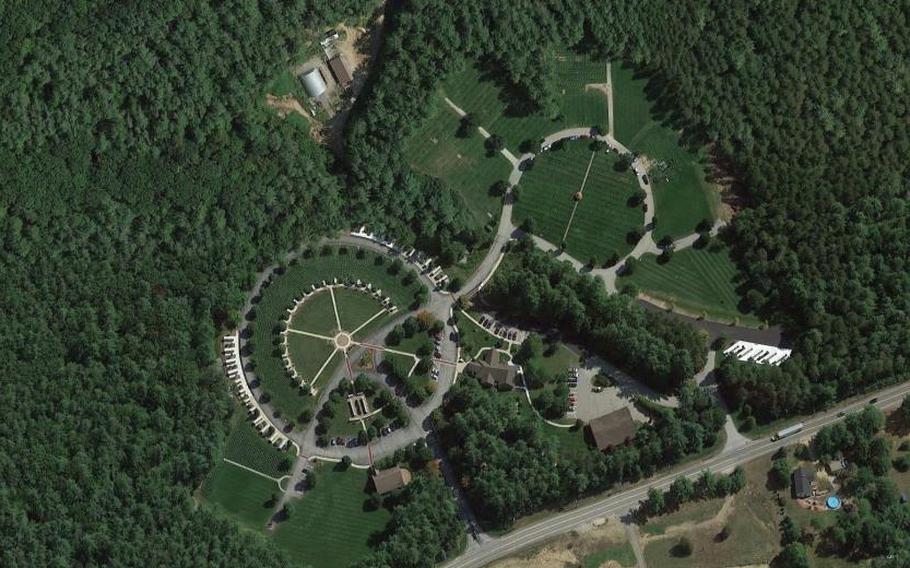 MANCHESTER, Vt. (Tribune News Service) — On the sixth anniversary of his death, Sgt. David LeBlanc of Nottingham was laid to rest at the New Hampshire State Veterans Cemetery in Boscawen Thursday in a quiet, dignified ceremony.

LeBlanc became the first New Hampshire National Guardsman interred there under a new law that allows members of the Guard and Reserves to be buried in state veterans cemeteries, alongside their brothers and sisters in arms.

Cheryl LeBlanc said she is “thrilled” that her husband is interred at the veterans cemetery, which the couple had visited for the funerals of friends. “Every time we would go up there, we were in awe over its serenity and its beautiful setting,” she said. “It’s just a beautiful, earthly heaven for them to rest in peace.”

David LeBlanc underwent a bone marrow transplant in 2003, and soon after, the couple bought their retirement home in Nottingham, earlier than they had planned, his widow said. They both enjoyed hiking, biking and running.

LeBlanc said she kept her husband’s urn at their home these past six years, hoping that someday he — and eventually she — could be buried in the state veterans cemetery. “I was hoping that, at some point before I died, this policy would be changed,” she said.

And now that it has, she said with a laugh, “I think he’s probably very happy now that he’s in one place. Because I used to move him around the house in different rooms.

“Now he can truly rest in peace.”

Rep. Chris Pappas sponsored the Burial Equity for the Guards and Reserves Act, and Sen. Jeanne Shaheen sponsored an identical bill in the Senate; the other two members of the state’s Congressional delegation, Rep. Annie Kuster and Sen. Maggie Hassan were co-sponsors. The measure was tucked into an omnibus bill that President Joe Biden signed into law in March.

In a speech on the House floor Thursday morning, Pappas paid tribute to LeBlanc, noting he was born and raised in Manchester and worked in the line department at Public Service of New Hampshire for more than 30 years. LeBlanc was an avid runner, and his legacy lives on through the Manchester running club he founded with his wife, Pappas said.

LeBlanc “honorably served the state and his country as a member of the Army National Guard,” Pappas said.

Pappas said he’s proud to have sponsored the law change. “The National Guard and Reserves are a critical component of our military, and sacrifice so much to keep us safe,” he said. “So as we honor the memory of David LeBlanc, let us honor the memory of all of our veterans and ensure that they’re never forgotten.”

Shawn Buck, director of the veterans cemetery, said the cemetery staff has been busy processing applications for burial from those newly eligible. They have 180 pending applications and 16 have been approved.

“This is such a big win for all of us, in my opinion, without question,” he said.

“This made his eternity.”

According to Buck, the updated law allows veterans of the Guard and Reserves to be interred in the veterans cemetery if they meet one of the following criteria:

They completed at least one term of enlistment or, in the case of an officer, the period of initial obligation.

They were discharged for disability incurred or aggravated in the line of duty; or

They died while a member of the Selected Reserve.

Applicants must provide official paperwork that indicates the term of service and characterization of discharge.

Qualified dependents of Guard and Reserves veterans are also eligible for interment. There is no state residency requirement to apply. Fees apply in certain cases.