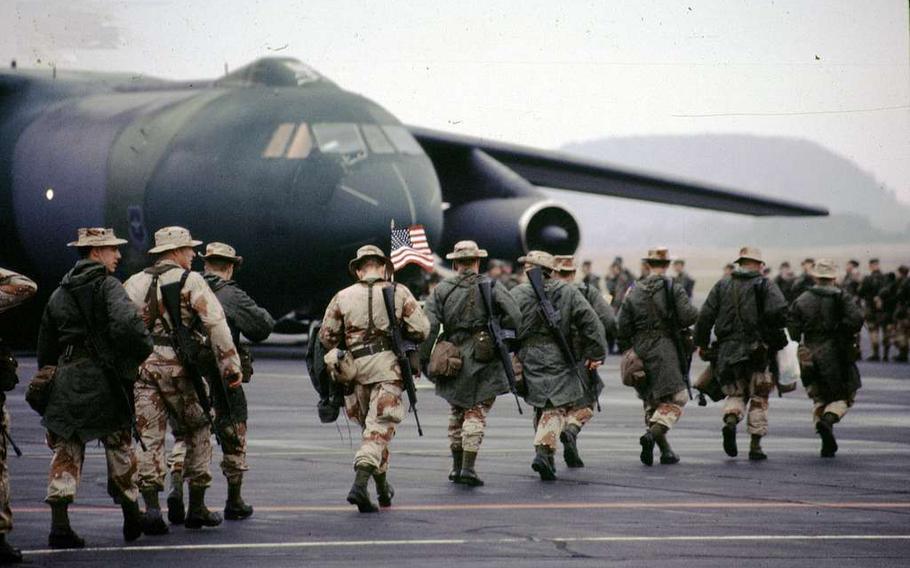 WASHINGTON (Tribune News Service) — The groundbreaking ceremony for the newest monument on the National Mall in Washington, D.C., commemorating the 1990-91 Persian Gulf War is scheduled for mid-summer.

Veterans and other dignitaries are set to convene at 9 a.m. July 14 to turn the first spades of dirt at what will become the National Desert Storm and Desert Shield Memorial.

The memorial will recognize the historical significance of the 1990-91 Persian Gulf War and honor the service and sacrifice of the U.S. military personnel, including some 60,000 Hoosiers, who led the effort to liberate Kuwait from Saddam Hussein's Iraqi invaders while defending Saudi Arabia and the Arabian Peninsula.

The final design of the memorial still is in the process of being finalized. Nevertheless, the National Park Service has granted the National Desert Storm Memorial Association permission to break ground at the memorial site on the southwest corner of Constitution Avenue and 23rd Street NW, just north of the Lincoln Memorial and west of the Vietnam Veterans Memorial.

In 2017, Republican President Donald Trump approved another Donnelly-sponsored measure granting permission to place the memorial on the National Mall.

Donnelly said at the time: "Our nation's monuments share the story of our country. It can't fully be told without a National Desert Storm War Memorial."

"Perhaps more importantly, the nearly 400 fallen service members of this war deserve a memorial for their sacrifice, and those who fought alongside them deserve a place of remembrance and healing," Donnelly said.

No federal funds are being spent to build the estimated $40 million memorial that's due to be completed in 2023.

Donations to help fund construction can be made to the National Desert Storm War Memorial Association online at ndswm.org.