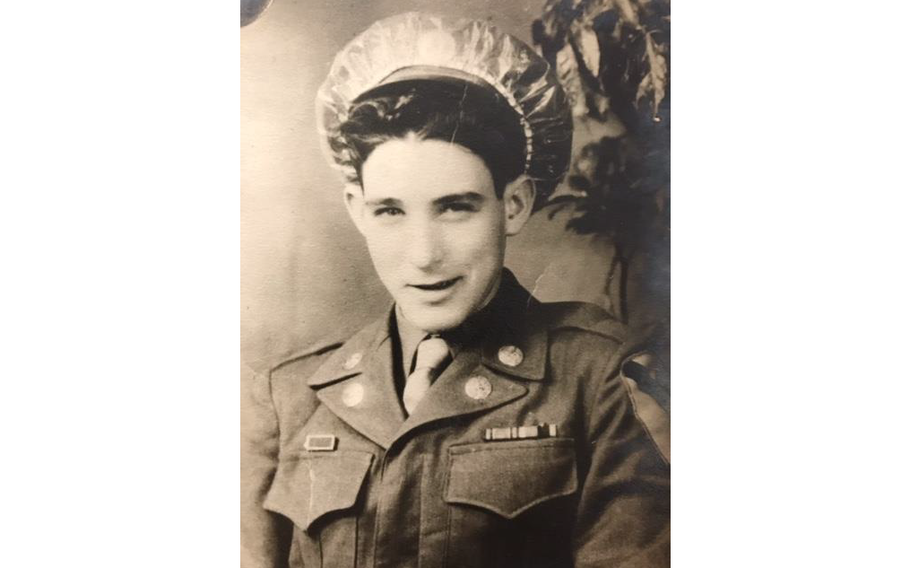 Cpl. Charles Eugene Hiltibran of Cable, Ohio, enlisted into the U.S. Army in July of 1948, just a day after his 17th birthday. (Defense POW/MIA Accounting Agency)

(Tribune News Service) — A soldier who died during the Korean War and was identified nearly 70 years later was warmly welcomed back to his home of Champaign County during Memorial Day weekend.

Cpl. Charles Eugene Hiltibran of Cable, Ohio, enlisted into the U.S. Army in July of 1948, just a day after his 17th birthday. He was later assigned to the Headquarters Company, 1st Battalion, 32nd Infantry Regiment, 7th Infantry Division in the United States Army. The Champaign County teenager was reported missing in action in December of 1950, during the battle of Chosin Reservoir. His remains were unable to be recovered following the intense, 17-day long battle, according to Hiltibran’s obituary.

Hiltibran’s living family, friends of his family and the community filled Brownridge Hall, home of Urbana’s post of the Veterans of Foreign Wars, on Saturday to honor the young soldier.

“We weren’t expecting this much,” he said. “And we’re so grateful.”

Several certificates, plaques and even a p-38 (a can-opener used by soldiers which hung on a chain along with their ID tags) were also given to Hiltibran’s family by the Korean War Veterans Association, the Patriot Guard Riders, the Ohio Governor’s Office and posts of the Veterans of Foreign Wars.

U.S. Army Command Sgt. Maj. Justin Tomlinson said during the funeral services Saturday that soldiers who fought in the battle at Chosin Reservoir did so during bitter cold conditions, with temperatures dipping below -40 degrees.

Ceremony officiant Chaplain Ray Branstiter echoed this, saying the actions of Hiltibran and other soldiers during the Korean War remind him of “what it means to be a hero.”

Champaign Countians lined the streets, some saluting, as the young Cable soldier proceeded to Oak Dale Cemetery, where he was laid to rest.

“Cpl. Hiltibran was brought home,” Branstiter said. “And all of this would not be possible without the promises of our country and the incredible efforts of the POW/MIA.”

In July 2018, North Korea turned over 55 boxes they said contained the remains of American service members killed during the Korean War. The remains arrived days later at Joint Base Pearl Harbor-Hickam, Hawaii, for identification, according to a release from the Defense POW/MIA Accounting Agency.

Hiltibran was accounted for by the Defense POW/MIA Accounting Agency April 20, 2020 after his remains were identified using circumstantial evidence and anthropological and mitochondrial DNA analysis, the DPAA said.

The Cable native is the second soldier from this area to be identified recently by the Defense POW/MIA Accounting Agency in Hawaii. U.S. Army Pfc. Chauncey (William) J. Sharp, of Osborn — one of two villages that formed Fairborn in 1950, with Fairfield — was identified and his remains were interred Saturday at Dayton National Cemetery.

Hiltibran’s name is recorded on the Courts of the Missing at the National Memorial Cemetery of the Pacific in Honolulu, along with others who are still missing from the Korean War. A rosette will be placed next to his name to indicate he has been accounted for, the DPAA said.