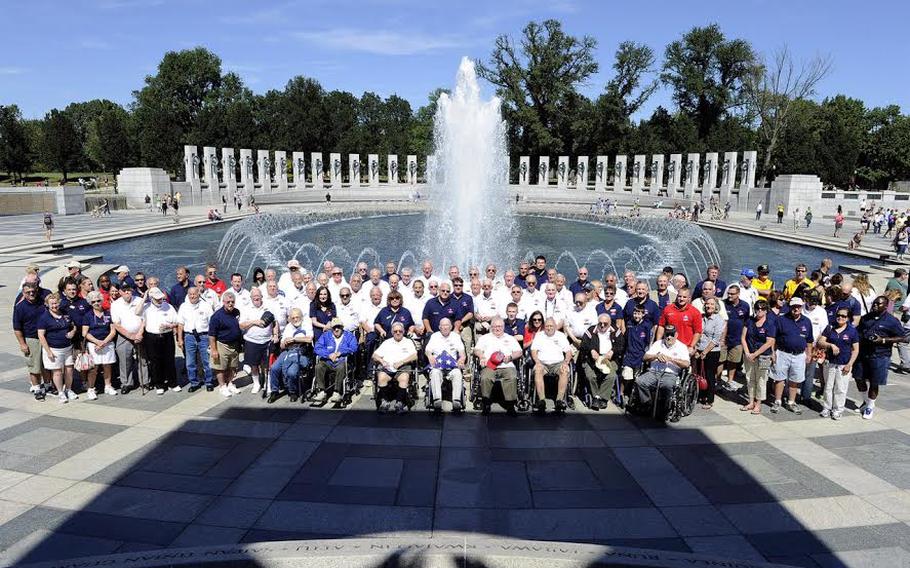 The next time, it will be as a Marine herself.

Greer, 91, of Throop, N.Y., will be the first woman veteran from Cayuga County to tour the nation's capital and see its war memorials and other historic sights as part of Operation Enduring Gratitude. The program, created by Knights of Columbus Council No. 207, has provided three-day, all-expenses-paid trips to Washington for local veterans since 2012. A second trip took place in 2017.

The third trip, taking place next weekend, will be the first time Greer has visited the capital since 1970. That was because the U.S. Marine Corps, to her surprise, selected her as its finalist for the Military Wife of the Year award. Her husband, Richard, was in the middle of serving 30 years in the corps and its reserves, including combat deployments in the Korean and Vietnam wars.

The award was announced at a May banquet at the Omni Shoreham Hotel. Greer didn't win, but the five-day trip was "marvelous," she told The Citizen on Wednesday.

Unlike most military wives, however, Greer served the country during the same war as her husband.

As a private first class Marine, she worked in shipping and receiving at Parris Island and Camp Lejeune in 1952 and 1953, sending gear to Korea. Back then, she noted, women themselves weren't sent to war unless they were medical personnel. But Greer enjoyed her work, as it was similar to her job before the war at the Red Star Express trucking company headquartered in Auburn.

The same year the war ended, Greer left the Marines to have John, her first of four children with Richard. He and his siblings Margaret, Maureen and Kevin were all born at military bases.

Greer knew firsthand what it was like to have parents in the armed forces. Her father, Emmett McNabb, was the first man from Onondaga County wounded in World War I, and a plaque in Shotwell Park in Skaneateles bears his name. Greer's four brothers and two brothers-in-law served as well. That's why, when the Korean War began, enlisting was an easy decision, she said.

"I thought I was needed," she said. "We were born with flags in our hands."

Greer said she will be thinking about Richard, who passed away in 2010, as she sees Arlington National Cemetery, the Marine Barracks and other sights in Washington next weekend.

The trip will likely be the last for Operation Enduring Gratitude, said Dave Pappert, its coordinator. Greer is among the last World War II, Korea and Vietnam veterans for the program to accommodate.

"We're absolutely thrilled to have her," he said. "This is something we've been looking forward to."

Greer said she was asked to take the trip a few years ago and declined, believing it's meant for the men who served overseas.

But this year she agreed to go, and now she's looking forward to meeting her fellow veterans, or at least the ones she doesn't know already, as she returns to Washington next weekend.

"I think it's going to be a great experience," she said.