(Tribune News Service) — Jim Savage never wanted the officer route in his military career, but he recently was awarded an honor typically bestowed upon senior military officers or heads of state.

The Fairfield Township, Ohio, resident, a retired Army Chief Warrant Officer, received the Legion of Merit medal, one of the military's most prestigious medals, in March.

"It's the culmination of outstanding accomplishments within your career," said Savage, 63. "All the contributions and significant achievements you've done in the military."

Savage retired from the Army in 2018, having been the Command Chief Warrant Officer at the 310 Expeditionary Command in Indianapolis from 2016 to 2018, though was assigned to the 310th in 2014. But his military service in 2006 and 2011 was what helped him earn the high honor. According to the U.S. Army, the Legion of Merit is only one of two decorations to be issued around the neck (the other is the Medal of Honor).

In 2006, Savage was deployed to Iraq where he managed one of the largest combat vehicle battalions, and he never lost a vehicle. The fleet maintained a 98% operational readiness rating, well above the standard readiness rating of 90%.

Five years later, he was deployed to Iraq again, but this time he was heavily involved in the logistical operations of the 2011 drawdown of Iraq.

"I ended up drawing down and managing over 250,000 pieces of armored equipment, 8,000 soldiers," said Savage, who was born in North Carolina but moved to Ohio with his parents when he was 8. "Managed the logistics of where they slept, ate, all that stuff, as they pulled down."

He also managed the coordination of convoys and the allocation of the troops.

The Legion of Merit award was also made possible because of a 2015 rule change. In June 2015, the medal, along with others, was able to be issued to service members ranking as colonel and below, according to an Army memorandum.

Though this is his highest award, it's not the only high-ranking medal Savage has earned. He was also awarded in 2006 and 2011 the Bronze Star for achievements during those deployments.

The Legion of Merit was presented during a March ceremony at the AMVETS Post 1983 in Hamilton. Savage said the medal "signifies a major significant accomplishment in my military career."

"To me, that means the Army recognized my contributions to the whole military in general," Savage said.

His Army service since 1990 almost didn't happen. He joined the Air Force in 1977 and left after four years, serving 3-1/2 years at the Minot Air Force Base in North Dakota. Then in 1990, he decided to rejoin the military. The Air Force would have docked him a stripe ― he came out as a staff sergeant ― but the Army took him in as a sergeant, the equivalent E-5 rank between the two branches.

Then, Savage said, "It kind of snowballed. I made more rank, went to higher commands, and kept advancing."

As a 38-year-old sergeant first class, he went to Warrant Officer Candidate School.

From 1977 to 2018, Savage served 35 years between the two branches of the military. He said it was "definitely a life experience."

"It taught so much about maturity. Loyalty. Leadership. It helped me out immensely in my civilian career," Savage said.

He was always on the management side of any business he worked at, from project management to operations, working in several manufacturing fields, such as paper, plastics and steel. He ended his civilian career working as a project manager for an engineering firm.

Between his time in the Air Force and the start of his Army career, Savage married his wife, Kimberly, a Fairfield High School graduate, in 1984. They raised two kids ― both of whom live in Ohio ― and have three grandchildren. 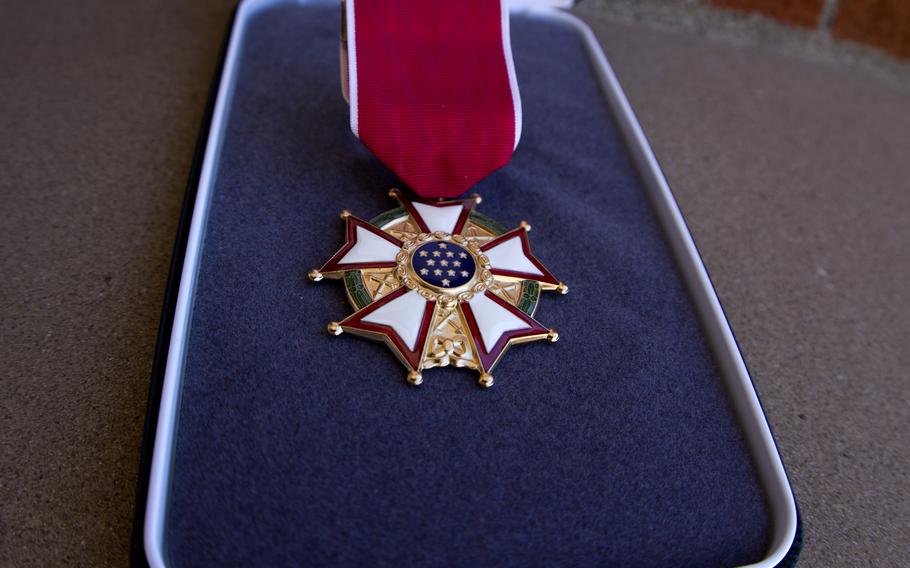