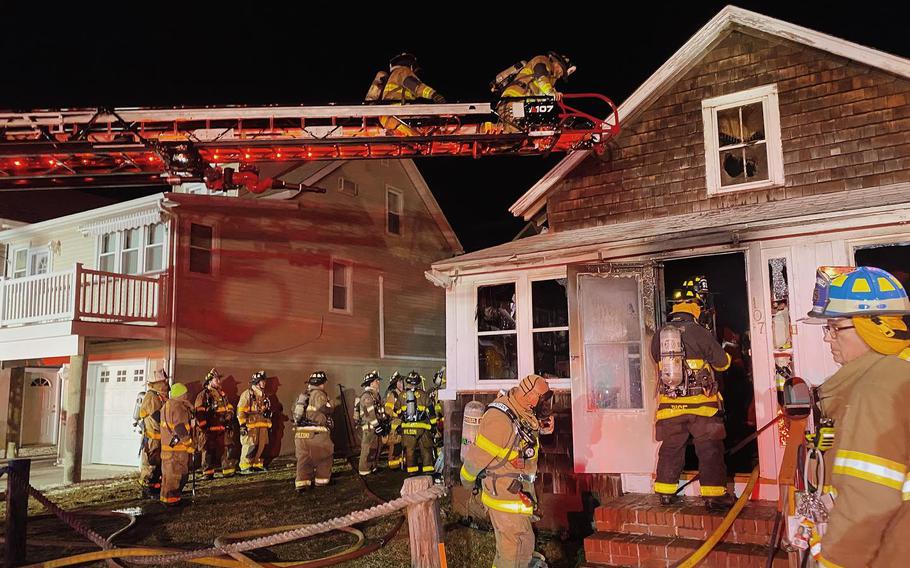 Firefighters at the scene of 94-year-old Paul Roberts’ home, shortly after putting out the flames. Roberts lost everything in the blaze and neighbors are currently raising funds to help him rebuild (Ship Bottom Volunteer Fire Co./Facebook)

(Tribune News Service) — It’s easy to grow weary and lose some faith in the world but in the midst of chaos, there’s a story out of a small Jersey Shore town that offers a glimmer of hope.

It involves a World War II veteran who lost everything in a sudden tragedy. A community that came to his aid. And an example of compassion in times of strife.

In the late hours of Monday, March 15, 94-year-old Paul Roberts was shaving in the bathroom of his one-and-a-half story home in Ship Bottom — a small Ocean County township in Long Beach Island. According to a retelling of the events on a fundraising page made in the event’s aftermath, Roberts was wrapping up his evening routine when he noticed smoke coming through the cracks of the closed bathroom door, opened it up, and realized there was a fire in his house. The nonagenarian instinctively dropped to the floor, crawled out his back door to safety, and fled to a neighbor’s for help.

Todd MacLennan, chief of the Ship Bottom Volunteer Fire Co., arrived on scene just minutes after receiving a call about the blaze.

“When I first got there, there was only smoke and a little bit of fire coming out of his bedroom on the west side of the house,” MacLennan told NJ Advance Media. “But then it started getting some oxygen, and it was starting to roll out of the house.”

The fire spread quickly in the home and burned “extremely hot,” MacLennan said, largely in part because it was constructed almost entirely of wood. According to property records, Roberts’ three-bedroom home was built in 1930. It was even outfitted with a plaque recognizing it as a historic local property, the chief said. But when firefighters finally snuffed out the flames close to midnight, Roberts home was a different kind of history — it was destroyed.

“The guy’s 94-years-old and he pretty much lost everything. Even if you were 25 and you lost everything, that’s a huge loss. You don’t have a single thing, you know, except the clothes on your back. And that’s where he’s at,” MacLennan said.

It took Roberts a long time to gain everything he had in Ship Bottom. A brief account of his life, written by neighbor Erin Obermayer, states Roberts enlisted in the Marine Corps at age 17 and was stationed in Nagasaki, Japan, in the aftermath of the atomic bomb that destroyed the city in 1945. After the war, he settled in Haddonfield and began his civilian life, raising three children and enjoying a long career with the U.S Postal Service until his retirement in 1986. That’s when Roberts moved to Ship Bottom permanently, and he’s pretty much been a community fixture ever since. 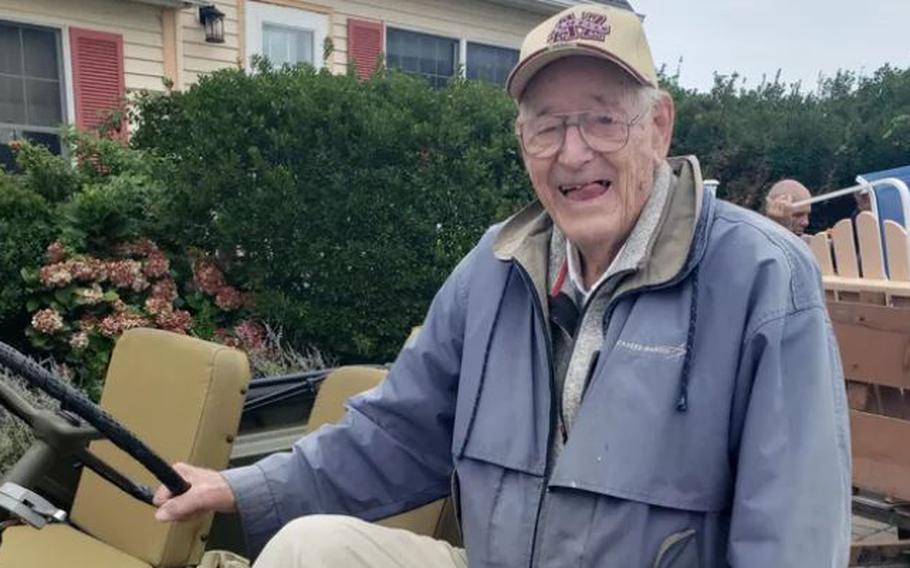 Roberts is no a stranger to misfortune. He’s predeceased by two of his children. He was forced to rebuild in the wake of Superstorm Sandy. And the pandemic forced him to isolate from the public for his very survival. But he’s persisted through it all, his neighbors said.

He can often be seen “taking long walks, boating and fishing with friends,” Obermayer wrote.

It’s during some of those walks that Obermayer, who lives in Ship Bottom with her father, Richard, befriended Roberts, according to reporting from Asbury Park Press. Upon learning about what happened to his home, Obermayer launched a GoFundMe to try and collect funds for Roberts.

“Paul is a truly humble, independent, wonderful person, but for the first time in his life, he needs the help and support of those around him,” Obermayer wrote when she published the fundraiser on Monday. As of Thursday afternoon, more than $100,000 had been donated by supporters near and far.

“My grandfather received a Purple Heart during WWII and was a mailman after the war until retirement…I hope all these donations find you well and that you are able to live out the peaceful life you so badly deserve,” penned another.

Roberts was “almost in tears” when he saw the fundraiser, wrote Richard Obermayer in an update posted to GoFundMe this week. Efforts to reach Roberts through family and friends weren’t successful on Thursday.

“He told me these past few weeks he was starting to feel like giving up. The world was going crazy,” Richard wrote. “But the kindness he has been shown has given him new hope in our country and our world. Paul would like to thank everyone for restoring his faith in human kindness.”