(Tribune News Service) — On Tuesday, March 29, 2022, communities around the U.S. will pay tribute to Vietnam veterans and their families on National Vietnam War Veterans Day.

U.S. involvement in Vietnam started slowly with an initial deployment of advisers in the early 1950s, grew incrementally through the early 1960s and expanded with the deployment of full combat units in July 1965. The last U.S. personnel were evacuated from Vietnam in April 1975.

The Vietnam War Veterans Recognition Act of 2017 established March 29 as the day to pause and commemorate, remember, recognize and honor Vietnam Veterans, former Prisoners of War, those listed as Missing in Action and their families.

March 29 was chosen for several reasons. It was on this date 49 years ago that the last combat troops departed Vietnam. It was also on this day, nearly half a century ago, that Hanoi freed the remaining prisoners of war the Republic of Vietnam was willing to acknowledge.

As part of the national observance, the Vietnam War Commemoration is interviewing Vietnam Veterans and their families and archiving these oral history interviews on the commemoration website and via the Library of Congress Veterans History Project. To learn more about this program visit www.vietnamwar50th.com or visit their Facebook page at www.facebook.com/VietnamWar50th. 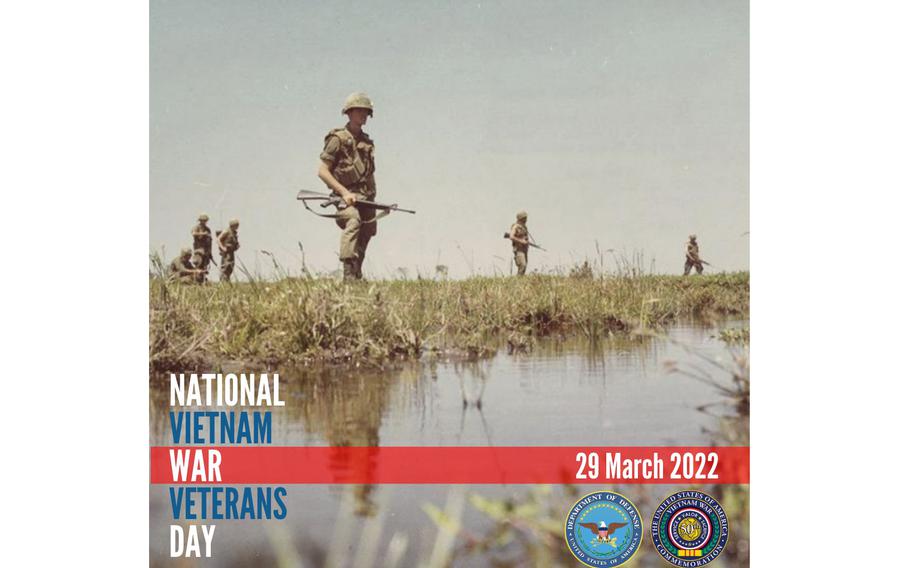