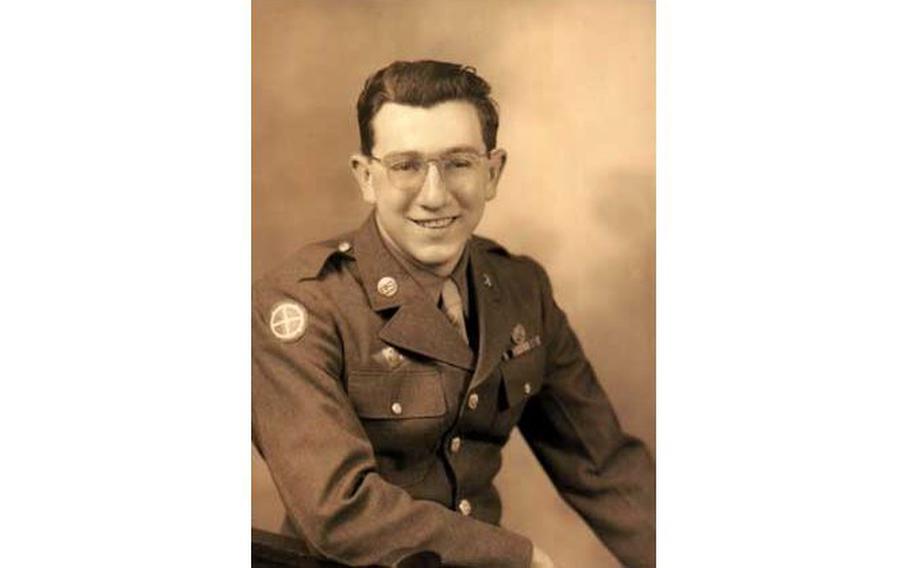 GLOUCESTER, Mass. (Tribune News Service) — For a man who didn’t think he would live past the age of 19, Gloucester’s Michael Linquata lived another 77 years.

The World War II veteran and former prisoner of war died Sunday at the age of 96 at his home, surrounded by his four children. His children also had surrounded the bedside of their mother, Lillian, who died at home just two weeks earlier at the age of 90.

“My father used to say that old soldiers never die, they just fade away,” said Michael’s son, Lenny Linquata. “When he died, he weighed as much as he did when he got out of the war — about 80 pounds. He always used to tell me he should have been dead at 19 when he was serving in the war. He looked at every day as a gift.”

Linquata, who served during the Battle of the Bulge, was dispatched to northern France and Belgium as part of the Army’s 134th Infantry. A combat medic, he later survived nearly three months in a POW camp in Germany until he was freed.

The family will plan a celebration of life at the World War II Memorial in Gloucester sometime in the spring. The creation of that memorial became a priority for Linquata, who served as its chairman nearly until the day he died.

During his lifetime, Linquata received four Bronze Stars, the French Legion of Honor and a Presidential Unit Citation for his service.

The late patriarch, a Gloucester native, is remembered as a visionary on so many levels.

He was born and educated in Gloucester, having graduated high school after 3½ years so he could go into the service. When he returned to civilian life and Gloucester, he attended Suffolk University where he became president of his class and later a longtime trustee.

“He and my grandfather established the Gloucester House restaurant in 1957, and he had multiple businesses,” said Lenny Linquata. “Once the restaurant was operating, he wanted to bring tourism back into Gloucester.”

He recalled his father’s many business ideas , from a downtown hotel/marina complex to an offshore fish farm. But the legacy of the Gloucester House continues today with a 21st century iteration of the waterfront establishment.

Lenny Linquata never recalled his father talking about his war experience when the family was young. Lenny is one of four children, the others being Larry, Michael and Anne.

“He never spoke about the war but my father had nightmares until I was 16 years old,” he recalled. “You never get over that kind of experience. After the Battle of the Bulge, a lot of those guys were suffering from PTSD, but the fact they all plowed through it was remarkable.”

In the early 1980s, he said that his father had met some people online who fought in France and Belgium during the war. They corresponded back and forth, and became friends. At one point, they invited the senior Linquata to a dedication in Bastogne, Belgium. Linquata accepted, and he and he wife traveled to this area, a key location in what became an American victory of the Allied invasion.

During the dedication in Bastogne, Linquata was asked if he would speak and they had held a parade that day.

“When the Allies liberated France and Belgium, and marched through their streets, they threw chocolates out to the little kids. and during this dedication with these seven old veterans — the guests of honor for the parade — the little kids were throwing chocolate to them in remembrance of their service,” related Lenny Linquata.

When Linquata came back from Bastogne, he became motived to get moving on a World War II memorial for Gloucester.

“He got that up and operating, and that was his pride and joy,” said his son.

“When he took that trip, we all held our breath,” recalled Linquata. “He hadn’t talked about any experience of the war and my mom was reluctant to go. We thought it could be a real horror show. But after five days, we talked to our mom who said this was the greatest trip they had ever taken. They were treated like royalty. Every single grandchild in that town knew exactly what the Allies had done in freeing them. In the end, that trip was very therapeutic.”

“Mike is one of the most influential people for me in terms of coping with some of the things that have happened,” said Adam Curcuru, district director of Cape Ann Veterans Services. “(The Battle of the Bulge) really was the pinnacle toward victory in Europe. Yet he’s so humble and took the lessons he learned there and turned that hardship into something positive with a desire to help others. He set a tone for our community and hopefully we all can live up to that.”

Curcuru saw Linquata as a man fortunate enough to have the time to be able to discover what was truly important to him.

“So many things that happened in his life allowed him to appreciate what was important, and he was definitely influenced by his time in World War II,” he continued. “He was a medic and his job was to save people, and he was in a camp because he was left with injured individuals. He had a personal choice whether to leave them behind or become a prisoner. That says a lot about who Mike was from an early age. As a teen-ager in a war, he put others before himself.”

He recalled another important lesson he learned from Linquata a few years ago when the federal government talked about cutting support for SeniorCare’s Meals on Wheels program.

“I was with Mike and he simply said ‘I guess we are just going to have to dig a little deeper.’ He wasn’t mad at the government. He just said we’re going to have dig deeper into our own pockets. He wanted to do more for the betterment of his community. There was never a point when he wasn’t wiling to help somebody else,” said Curcuru.

For 46 years, the Linquata family opened the doors at the Gloucester House on Valentine’s Day and welcomed diners for a special breakfast buffet in the name of Meals on Wheels. One hundred percent of the proceeds from these breakfasts was used to support Meals on Wheels. Because of COVID-19, the buffets were not held in 2019 or 2022.

“(Michael Linquata) had the attitude ‘why get angry or worry about things you cannot change?’ and I’ve tried to model myself after that,” Curcuru said. “He had such an incredible life, a big family, and a community he loved — and a community that loved him back.”