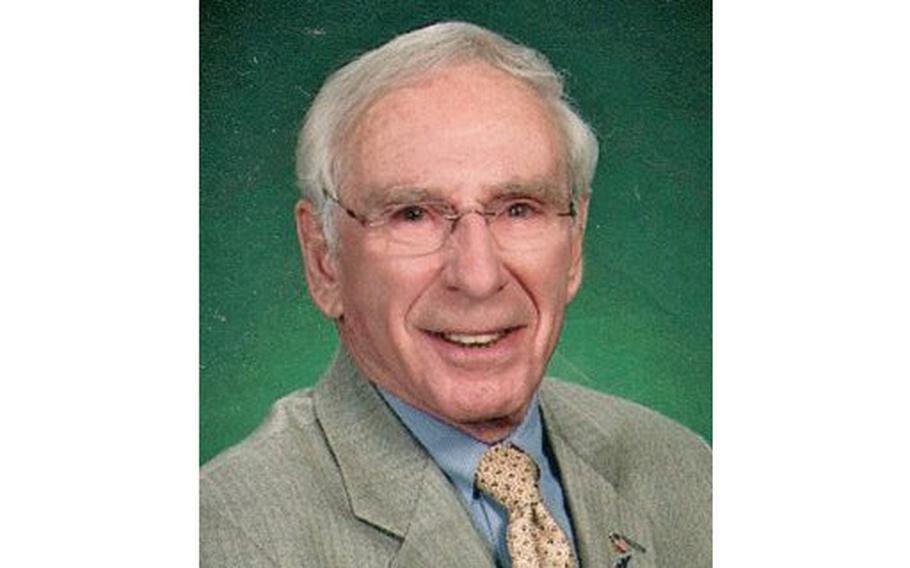 Robert and Carmen Achée want to give Army veteran Sidney Achée a proper military burial but the waitlist for burials at Arlington National Cemetery in Arlington, Va., is so long that the ceremony likely won’t take place until next winter. (Facebook)

(Tribune News Service) — Sidney Achée had a tough exterior. A highly-decorated military man who rose to the rank of colonel in the U.S. Army, he wasn’t one to outwardly express affection or emotion.

That was, until his son, Robert Achée, married Carmen. Something about her softened Sid in the latter half of his life. For years, they spoke every afternoon between 4 p.m. and 5 p.m. about their days and the nights they had ahead. He even told her about his love for his partner, Elizabeth Ingram.

“He knew he could tell anything and everything, you know, about his girlfriend and everything that was going on with him,” Carmen said.

Carmen knew something was wrong when Sid, whom she called Dad, didn’t pick up for their daily phone call in August.

Ring after ring, Carmen tried to get ahold of him. It wasn’t like him to not pick up. Even when he was busy at the gym or with visitors, he’d answer to let Carmen know what he was doing.

Carmen, 68, and her husband, Robert, 75, didn’t know that Sid’s phone was sitting in his apartment at The Stayton at Museum Way senior living facility in Fort Worth, Texas. Sid was already at the hospital at that point, struggling to breathe because of COVID-19.

Five days later, the strong-willed military father and grandfather died after his battle with the virus. Despite his age — he lived to be 99 — his death at the hands of COVID was a shock. He was fully vaccinated and scheduled to get a booster dose.

Robert and Carmen want to give Sid a proper military burial — both to put him to rest and to give themselves a sense of closure — but the waitlist for burials at Arlington National Cemetery in Arlington, Va., is so long that the ceremony likely won’t take place until next winter.

The military is the Achée family business. Growing up, Robert and his brother Jerry became experts at living the military family lifestyle, moving nearly every year. Their mother, Ruth, was an expert at packing their lives up and moving them from base to base.

Ruth, who died in 1999, served as the family’s rock because of Sid’s intense work schedule, Robert said.

Sid’s commitment to camaraderie and sense of purpose, which he derived from his nearly 30-year military career, rubbed off on his eldest son. Robert spent 27 years in the Army before retiring as a major. All three of Robert’s children also joined various military branches.

As proud as Sid was of his sons, Robert said there was always an air of competition between them.

“There was that expectation to do the best you can at whatever you do, but I think my father was a little bit threatened by the fact that I was doing so well in the military,” Robert said. “I excelled so well that eventually he had to come to terms with it.”

The distance between the men shrank as they aged. One of Sid’s true loves was flying, and when Robert became a pilot himself, father and son found common ground. Sid encouraged Robert to join a private aviation club called the Quiet Birdmen.

Surrounded by pilots from all walks of life, Sid and Robert joined the club’s secretive meetings in hotel conference rooms. Sid shared stories of his time in the Korean War, of when he rescued a wounded prisoner of war and flew him back to medical station.

For what felt like the first time, Sid and Robert got to just be father and son.

“I wish we would have done that a lot earlier in life, but that didn’t happen, so I’m not going to fault him for it or hold it against him,” Robert said. “The fact that we did get closer as time went on was a blessing in itself.”

Every late afternoon, Carmen glances at the clock, knowing her father-in-law isn’t there for their daily call. It’s been months since his death, and the Achée family, like many others who have lost loved ones to COVID-19, are still coming to terms with the fact that Sid’s really gone.

“I can get through death pretty easily because I’ve been associated with it all my life. I’ve been in the military and in combat. Death, I understand that, it’s part of war and battle.” Robert said. “When you see a loved one go for something like this … it’s hard to deal with because there’s no reason.”

Robert serves as the executor of Sid’s estate and has busied himself with organizing his father’s financial affairs. It’s distracted him enough that he’s just now confronting the grief from losing his father.

Though it may not be until November, December or next January, the Achées are waiting for a proper burial.

“We’re all willing to wait for that day when we can get together and have him interred with my mother at the National Cemetery and receive those honors,” Robert said. “As we say, it’s the last flight west.”