‘Nobody deserves to be forgotten’: Orangeburg, SC, WWII veteran rests in cemetery a world away 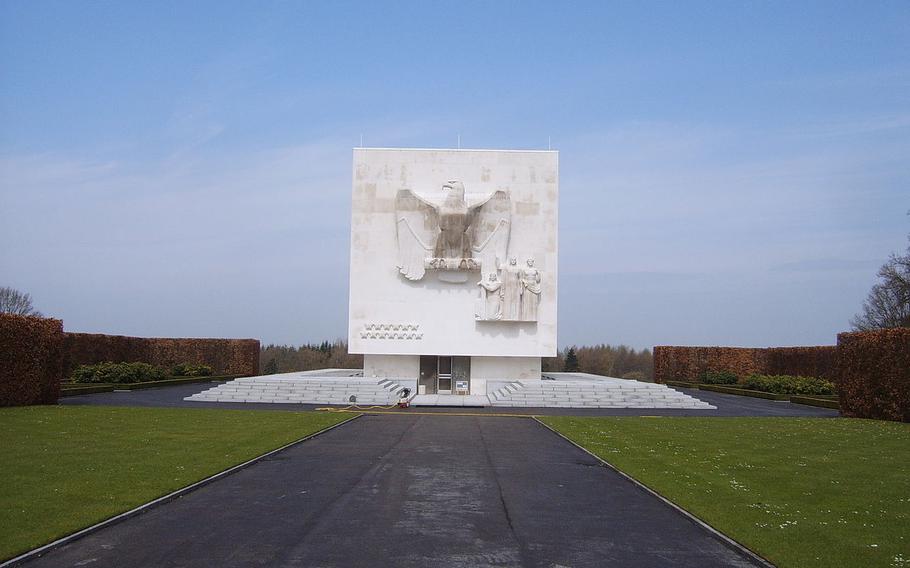 (Tribune News Service) — A white marble cross marks the grave of Sgt. Verdun Durant Smith of Orangeburg, S.C., one of more than 5,000 Americans who died in World War II and are interred at a cemetery more than 4,000 miles away.

‘It is very heartwarming’

The Netherlands-based Fields of Honor Foundation has for more than a decade had a goal to honor the more than 30,000 American soldiers who have either been buried or listed at the Walls of the Missing at the following American WWII cemeteries in Europe: Ardennes, Epinal, Henri-Chapelle, Lorraine, Luxembourg and Margraten.

The goal of the nonprofit is to honor American World War II servicemen who fought and died for the freedom of others and who have been buried in overseas American cemeteries.

Through a partnership between the South Carolina State Library and the Fields of Honor Foundation, work began to add photographs and other memories to the headstones, including those soldiers from South Carolina such as Smith.

Smith was a sergeant in the U.S. Army Air Force and served in the 340th Bomber Squadron, 97th Bomber Group. He died on Sept. 13, 1944, after his B-17 plane was shot down over Blechhammer, Germany, and crashed during World War II.

Sebastiaan Vonk, chairman of the Fields of Honor Foundation, had collected soldiers’ photos and records in an online database but soon began to put a framed photo of them next to their headstones. That process started in 2014 in the Netherlands American Cemetery in the town of Margraten, when the Faces of Margraten program was started.

“The Fields of Honor Foundation is a group of people primarily from the Netherlands and Belgium, but we also have people from the United States who have volunteered their time to further our mission,” Vonk said.

“Our mission is to put a face to each and every soldier either buried in or memorialized at the six cemeteries that our foundation covers. Our key project is the Field of Honor Database, which now has a memorial page for over 30,000 U.S. WWII soldiers.

“Another project is the Faces of Margraten, a biennial tribute at Netherlands American Cemetery. During this tribute, we put photos of the men and woman buried and memorialized there next to their graves and the Walls of the Missing at the cemetery,” he said.

Hannah Majewski, a reference librarian at the S.C. State Library, was contacted by a gentleman from the Netherlands in 2020 about finding a photo of a South Carolina soldier whose grave his family had volunteered to look after.

“The soldier’s name was James Wise. ... Once they got the photo, the Faces of Margraten organization reached out to us and wanted to know if we would be interesting in researching the soldiers who are buried over there from South Carolina and try to put a face with a name over there, and we did,” Majewski said.

It was a project she had a vested interest in.

“My father served in World War II, and he was a prisoner of war in World War II. So, of course, this was very interesting to me at the time. So I took on the project and was able to find several photos of soldiers and send them over to the cemetery, where they are now able to actually put a face with a soldier who was buried over there,” Majewski said.

“I first started with Margraten. So they said, ‘Would you mind doing some of the other cemeteries?’ Of course, I was happy to do. Verdun was one of them,” she said.

“I just happened to reach out and did a little bit of research. The research included, first of all, starting to look at newspapers articles. Sometimes back then they would include a picture of a soldier. They would have an article that this person is deceased or died in battle, and they would put a photo. A lot of time, they didn’t because maybe the family couldn’t afford a photo,” Majewski said.

It is not unusual for graves or names the Memorial Wall at the Ardennes and Henri-Chapelle cemeteries to be adopted and cared for by a family in Belgium, with the family encouraged to attend ceremonies to honor the soldiers and conduct research on them.

While Smith’s grave has not yet been adopted, Majewski said reaching out to his and other families has been “an amazing project to work on.”

“Exhilarating is not really the right word, but it’s very heartwarming. It is very heartwarming to me because I am bringing some kind of closure sometimes to these people, or at least letting them know that what their family member sacrificed is not forgotten,” she said.

“I’m happy to help with other soldiers as well. As matter of fact, I’m also helping research soldiers from both Alabama and Georgia who are buried at the Margraten cemetery. This research is something I enjoy, and it really brings some proud and strong emotions to know I’m helping to provide honor and respect to these soldiers who so willingly sacrificed their lives for not only their county, but for the country of others,” Majewski said.

‘It’s great that they honor them’

Smith and two of his brothers, Emmett and Blake, moved to Orangeburg from the Horry County town of Conway and worked at Jeffords Machine Shop.

“Durant and Mr. Blake both served in WWII. Mr. Blake passed away a number of years ago, but always said on one of the missions, he saw a plane go down. When they got back to base, he was informed that his brother was killed when they were shot down and thought all the rest of his years that he saw his own brother die,” Billie said in an email.

She continued, “We are so gratified by the honor being paid to these servicemen who gave their lives. I hope one day my husband and I will be able to travel there to visit the grave. Some family members traveled there a number of years ago to visit his gravesite and said it was well cared for.”

According to its website, the American Battle Monuments Commission administers and maintains 26 permanent American military cemeteries and 32 federal memorials, monuments and markers which are located in 17 foreign counties, the U.S. Commonwealth of the Northern Mariana Islands, and the British Dependency of Gilbraltar; four of the memorials are located in the United States.

Smith had one daughter, Carol Ann Harward. He was the grandfather of three, including Trey Hinson of Davidson, North Carolina.

“My mom still lives in Charlotte in the same house she bought when I was born. Basically, my mom’s stepdad would be the gentleman that raised her. ... She never knew her real dad. She basically had given me everything she had on him. I have his Purple Heart. There is some kind of air medal that I’m missing,” Hinson said.

“I have some of the letters that he wrote to my grandmother. I have the flag that was presented to my grandmother and a couple of pictures, but that’s about it. To me, I think it’s great that he served his country,” he said.

“We never really talked a lot about him. My mom only knew what my grandmother had told her, and I really don’t know how much my grandmother told her,” Hinson said, noting that he’s pleased that his grandfather’s remains are being kept sacred in Belgium.

“I think it’s great. I honestly wish that he was here on American soil. Since so many Americans were buried over there, it’s kind of considered American soil. I think that it’s great that he is put somewhere with other people, the people that he passed with. I think it’s great that they honor them,” Hinson said. “My plan one day is to go over there if I can ever slow down at work and COVID can ever slow down.”

Vonk said it is important to honor and remember Smith and other soldiers who have given so much of themselves in service to their country. This is why the Fields of Honor Foundation work continues.

“I think what drives us is that we believe that nobody deserves to be forgotten. Everyone has a story. Everyone played their part during the war. So we try to at least find a photo for every soldier, put a face to their name. Hopefully, we can even reconstruct a part of their life story,” he said.

Vonk continued, “While we primarily do this to honor the soldiers ourselves, it also helps the public both here in Europe and in the United States to connect with them on a very powerful, emotional level. So ultimately, it helps to pass on the stories to others.”

As foundation chairman, he said his work involves much coordination, “but we have over 25 people regularly devoting their time to the foundation.”

“It is probably not a surprise that for most of them, a lot of time is spent on researching — including reaching out to the soldiers’ families — and adding the fruits of that research to the database. It is probably a never-ending process. New information continues to become available now more and more archives are being digitized,” Vonk said.

“Moreover, we are revisiting soldiers we have researched years ago to not only see what new information has been put online since, but also to make another attempt to locate the family if we did not succeed before. Many thousands of soldiers have not even been researched yet by us at all,” he said.

Vonk said the mission is meaningful.

“I think we all feel that we are able to do something meaningful here, not just for the soldiers themselves, but also for the loved ones they left behind,” he said.