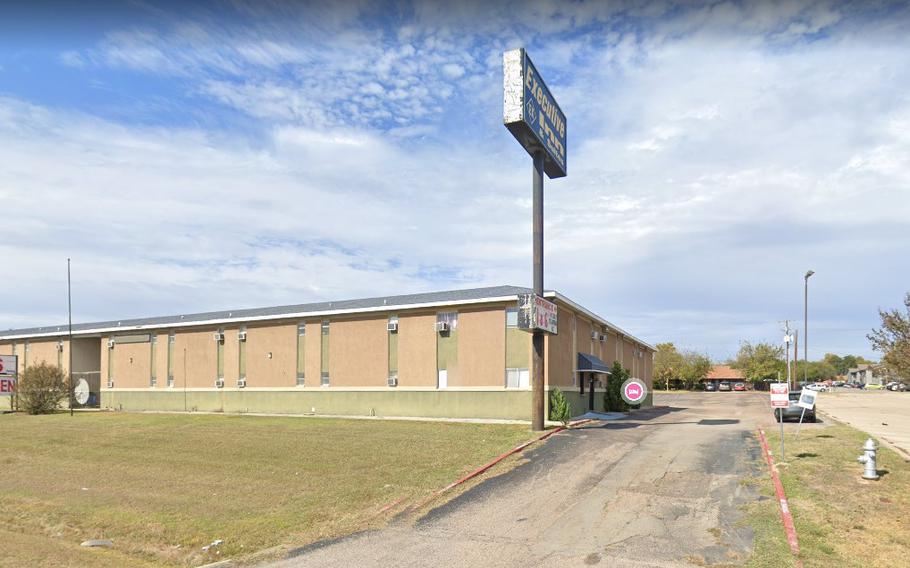 The Executive Inn and Suites in Killeen, Texas, is accused of violating the Americans with Disabilities Act and refusing service to the veteran and his service dog, the U.S. Attorney’s Office for the Western District of Texas announced in a Feb. 15 news release. (Google Maps)

(Tribune News Service) — A Texas hotel will have to pay up and change its policies after a veteran using a wheelchair was forced to leave and his reservation was not honored, federal officials said.

The Executive Inn & Suites in Killeen is accused of violating the Americans with Disabilities Act and refusing service to the veteran and his service dog, the U.S. Attorney’s Office for the Western District of Texas announced in a Feb. 15 news release.

Attorney information for the Executive Inn & Suites was not immediately available, and McClatchy News reached out to the hotel for comment and was awaiting a response.

The veteran, who uses a wheelchair and service dog due to a left leg amputation, says the hotel desk clerk denied him his reservation because the hotel not allow dogs on the premises.

The hotel staff in Killeen, which is near the Fort Hood military base, called the police to escort the veteran off the property and did not provide a refund for his room rental, officials said in the release.

Under the ADA, public accommodations must alter policies to allow a person with a disability and a service dog to use their services.

“Individuals with disabilities, including veterans who have sacrificed for our country, have a right under federal law to the equal enjoyment of public accommodations,” U.S. Attorney Ashley C. Hoff said in the release. “Our office is committed to ensuring that our veterans enjoy equal access to public accommodations, such as restaurants, hotels, and shops.”

The settlement will require the hotel to amend its policies to allow service dogs. The hotel will also pay an undisclosed amount to the veteran for damages, the release said.

Killeen is about 150 miles south of Fort Worth.