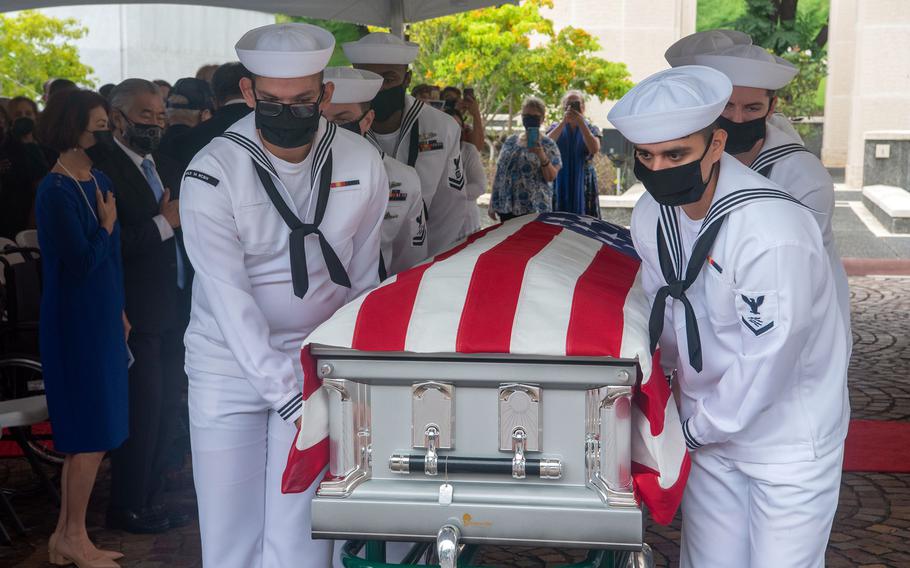 As the head of a military-focused organization in Hampton Roads, Craig Quigley often meets with the region’s commanders.

One topic always comes up.

“Something that is present in nearly every conversation is the need for additional mental health care resources for service members and their families,” he told The Virginian-Pilot. “This is very much a huge issue of central importance.”

Quigley, who leads the Hampton Roads Military and Federal Facilities Alliance, recently spoke to a House subcommittee on behalf of a bill that would create a suicide prevention coordinator position within the Virginia Department of Veterans Services.

The legislation, introduced by Del. Anne Ferrell Tata, R- Virginia Beach, received bipartisan support and passed the House of Delegates earlier this month. It was referred to a Senate committee on Monday.

Tata told the subcommittee the bill was written by the Joint Leadership Council of Veterans Service Organizations (JLC).

“The Hampton Roads area has a very large military presence; therefore, I was more than happy to submit this bill on their behalf,” she said.

The coordinator would increase mental health screenings of military members, and work with others to analyze data about the causes and methods of suicide among Virginia’s veterans. There were 188 veteran suicides in Virginia in 2019, according to the most recent report from the U.S. Department of Veterans Affairs. The majority were men 35 and older.

The coordinator also would be tasked with identifying new suicide prevention opportunities and sources of funding, as well as administering a grant program devoted to such in communities throughout the state.

Quigley said the legislation comes at an especially critical time, as the COVID-19 pandemic adds stress and uncertainty to people’s lives.

“In all walks of life, you are seeing increased substance abuse, domestic violence and mental health struggles because of the very unusual lives that we’ve had to lead for the past two years, and the military is certainly not exempt from that,” he said.

Denice Williams, chair of the JLC, said the bill’s passage is the council’s top priority for this legislative session.

The JLC, which is comprised of representatives from veterans service organization, provides advice and assistance to the governor, General Assembly and the Department of Veterans Services about veterans’ affairs.

“Everybody is aware of the numbers of veteran suicides across the country,” Williams said. “This issue needs attention on a consistent basis.”

Daniel Gade, who heads the state’s Department of Veterans Services, said there’s a state program that works to help those experiencing a mental health crisis. But he said more resources and research are needed.

“We don’t currently have the capability to understand fully the suicide risk factors that are specific to veterans in Virginia,” Gade said. “This (new position) would allow us to do some research so we could better see ourselves.”