Why a former Marine had his first-degree murder sentence commuted 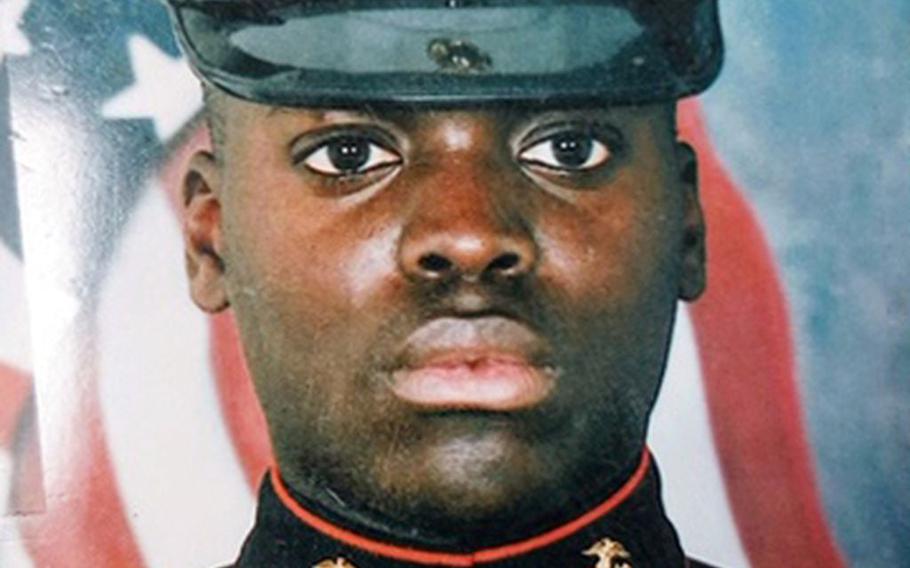 Earlier this month, Massachusetts Gov. Charlie Baker commuted the first degree murder sentence of former Marine Thomas Koonce. The commutation still has to be approved by the Governor’s Council, but if approved, he can apply for parole.  (Facebook)

BROCKTON, Mass. (Tribune News Service) — Former Marine Thomas Koonce has been serving a life sentence in prison for nearly 30 years. It's easy for him to remember how long he's been there, because he was incarcerated one month after his son was born.

Now, after decades of no hope, 54-year-old Koonce has a chance at freedom.

Earlier this month, Massachusetts Gov. Charlie Baker commuted his sentence. The commutation still has to be approved by the Governor's Council, but if approved, he can apply for parole. If he is approved for parole, he'd be out of prison on parole for life.

The Governor's Council began its commutation hearing on Wednesday morning. Witnesses testified to Koonce's character, and Koonce was expected to testify Wednesday afternoon. Should the Governor's Council vote to commute his conviction from first-degree murder to second-degree, several steps remain before Koonce would be a free man. He must also go before the parole board. The various steps could take four or five months.

Koonce was convicted of first-degree murder in the death of Mark Santos of New Bedford as a result of an incident in June 1987. Koonce and Santos were part of altercations between two groups of men from Brockton and New Bedford.

Eventually, Koonce shot Santos from the passenger seat of a car in New Bedford. He claims he meant to shoot the gun upward so as not to hit anyone.

Koonce was originally tried in 1990, but it resulted in a mistrial when the jury could not reach a verdict. In 1992, he was tried again and found guilty.

"I don't lose sight of the fact that somebody died and it was a reckless act, even if it was self-defense," Koonce's lawyer, Timothy Foley, said.

But Foley, who has represented Koonce since 2019, said he believes that Koonce shouldn't have been found guilty of first-degree murder, nor should he spend his life in prison.

Koonce was raised in Brockton. Foley said his goal growing up was to attend Northeastern University and study to become some sort of law enforcement officer. But without the money to do so, Koonce joined the military in the hope that it would help him pay for college.

Koonce enlisted in the U.S. Marine Corps after he graduated from Brockton High School in 1985. He served two years in the Marines before coming home for an extended period of time. It was during that time home that the altercation with Mark Santos occurred.

Koonce was incarcerated in 1987 for a few months, but in January 1988, his family posted bail. He continued serving in the Marine Corps, having been transferred to the Weymouth Naval Base, until he was incarcerated again in 1992 after the second trial.

Since then, Koonce has had a stellar prison record, Foley said. In his nearly three decades, he's only had to face disciplinary action twice, and the last one was 20 years ago.

In 1994, Foley said, some older inmates asked him to take over the Second Thoughts program — a program in which prisoners mentor at-risk youth to try to prevent them from going down the same path as they did.

Foley said Koonce was the chairperson of the program for decades, but eventually stepped back to focus on a restorative justice program he and a handful of other lifers created at Massachusetts Correctional Institution at Norfolk (MCI-Norfolk) where he was imprisoned.

In 2010, Foley said, Koonce and other lifers were concerned about safety in the prison as more younger prisoners who liked to cause trouble were incarcerated there.

The warden gave the inmates a year to come up with a curriculum for the program, Foley said, and when they were done, it was approved.

During his time in prison, Koonce has also helped other inmates by mentoring other men who were up for parole, Foley said. He's also kept a stable job in prison for decades.

Koonce also got a degree from Boston University's correctional program, and years later, was asked to speak at the program's graduation. Foley said the head of the program even spoke on behalf of Koonce at his commutation hearing.

"He was always learning," Foley said. "And this is a guy who was not scheduled to ever be released."

Foley said that before he decided to commit to helping Koonce, he asked several inmates whom he knew professionally what they thought of Koonce. Foley said they all said the same thing: there's something wrong with the system if Koonce stays in prison the rest of his life.

Koonce first applied for commutation in 2014, but his petition was shelved. He tried again under Gov. Baker years later, but in 2020, Baker changed the guidelines for commutation.

Foley said Koonce fit squarely into the guidelines Baker had listed. So later that year, they filed a supplement to his petition. By August, he had a commutation hearing, and by January 2021, he was recommended for commutation.

Out of respect for Mark Santos' mother, Virginia Santos, who does not want Koonce to get out of prison, Koonce and Foley did not start a public campaign for his freedom as some other prisoners do when they are up for commutation. Foley said they decided to rely on the strength of his petition to get his sentence commuted.

Even now that Koonce's sentence has been commuted, Foley said Koonce is thinking of Virginia Santos.

"First thing he said when he found out was 'It's a great day for myself. It's great for us, for my family, but we also have to keep in mind that Virginia Santos was against this, and it's gonna be a sad day for her.' That's the type of guy he is," Foley said.

Still, Foley and Koonce are feeling positive about Koonce's future.

"He's definitely a person who makes the world around him a better place," Foley said.