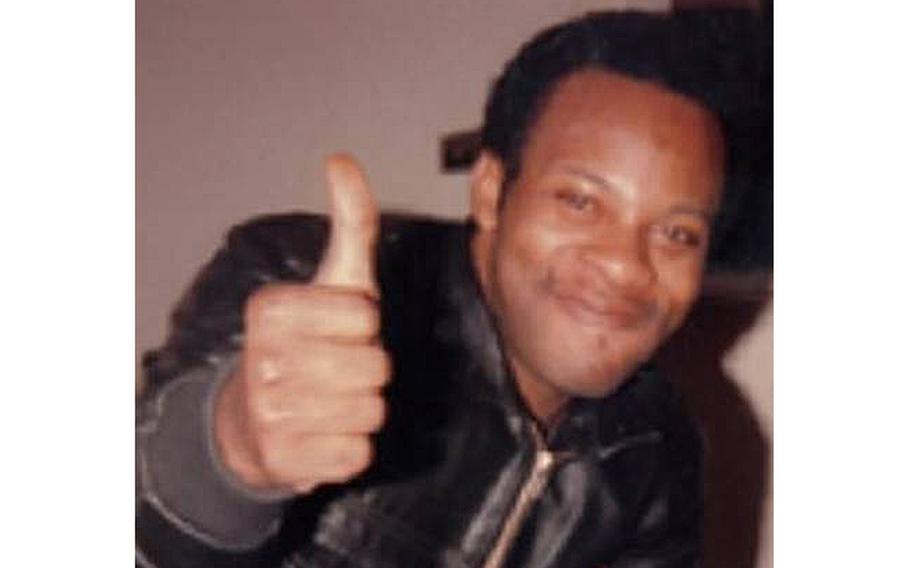 Army veteran Derick Wheeler. Police in Fort Worth, Texas, are still searching for a driver suspected in a hit-and-run incident on Jan. 5, 2022, that killed Wheeler. (Courtesy: Family of Derick Wheeler/Star Telegram)

FORT WORTH (Tribune News Service) — On the night of Jan. 4, 61-year-old Derick Wheeler of Fort Worth told his younger brother that he felt ill and he would probably go to the Fort Worth VA Clinic the next morning.

Dwayne Wheeler said Tuesday he wasn’t sure what was wrong with his older brother.

But it would be the last conversation the brothers would ever have.

On the morning of Jan. 5, Derick Wheeler tried to cross East Loop 820, his brother said, and he may have been on his way to catch a bus to the VA hospital when he was hit by a truck whose driver never stopped to help him.

Derick Wheeler was pronounced dead at the scene, and Fort Worth police on Tuesday continued their search for the hit-and-run driver.

“My brother was not an animal; he wasn’t a dog,” Dwayne Wheeler said Tuesday in a telephone interview with the Fort Worth Star-Telegram. “I don’t know why he (the driver) would keeping going and not stop.”

Derick Wheeler was hit and killed by a pickup truck on Loop 820 near Meadowbrook Drive in east Fort Worth, authorities said.

The accident was reported just before 7 a.m. on Jan. 5.

A 911 caller reported that a man ran in front of a truck and the pedestrian was hit by the vehicle, according to a police call log.

Fort Worth police have only released that the vehicle was a black truck with over-sized tires.

“He may have panicked or he may have been under the influence,” Dwayne Wheeler said. “We just don’t know.”

Dwayne Wheeler and his family just want the hit-and-run driver to surrender to authorities.

Born and raised in Fort Worth, Derick Wheeler was a disabled U.S. Army veteran who had served five years, his brother said.

The Fort Worth man, who suffered from PTSD, had been homeless at one time, and he had had some legal problems, but he had turned his life around, Dwayne Wheeler said.

Derick Wheeler was a happy man who had loved the military, his brother said.

“I want justice for my brother,” the San Antonio man said. “He’s just not another dead man in Fort Worth.”

Funeral services for Derick Wheeler are still pending, but a memorial service is scheduled for 1:30 p.m. on Jan. 17 at the Dallas-Fort Worth National Cemetery in Grand Prairie.