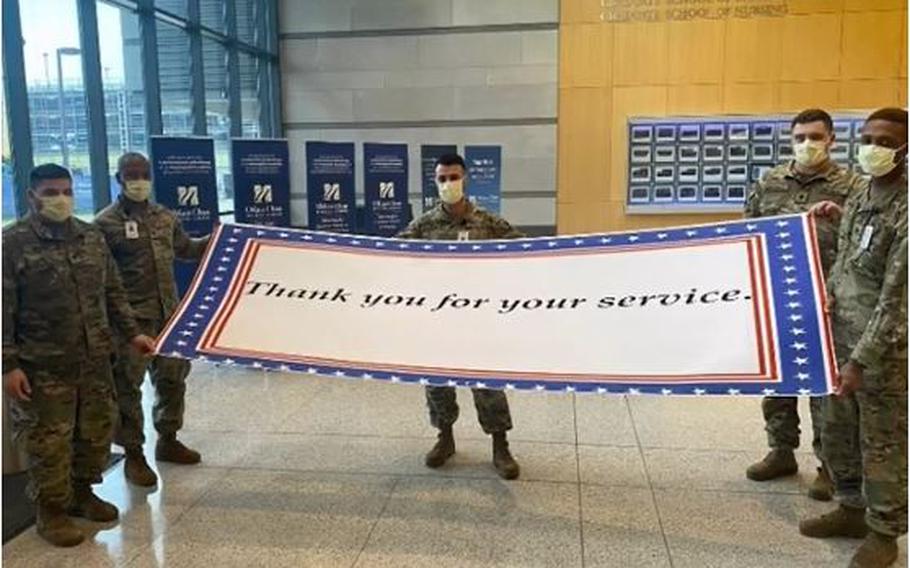 For more than a decade, Robert St. Clair III fought Stage 4 colon cancer. Last week, UMass Memorial Health along with the Massachusetts National Guard and police at the hospital honored the 73-year-old for his fight, but in a different arena.

St. Clair was honored on Dec. 30 for his service as a former fighter pilot in the U.S. Air Force and Air National Guard. St. Clair’s wife, Beth, and his three children joined him in his room on the eighth floor of UMass’ campus.

Outside, the Massachusetts National Guard and police from UMass held a large banner that read, “Thank you for your service.” St. Clair also received a pin and certificate thanking him for his 38 years of service.”

St. Clair died on Jan. 2 at Rose Monahan hospice house in Worcester, Mass., after having colon cancer for 11 years, the hospital said.

According to an obituary, St. Clair was born in Oxford, Miss., but grew up in a Navy family moving every two to three years. He graduated high school in California and earned a bachelors degree from the University of Hawaii.

“He gave the best hugs, was a ray of sunshine to all, and always had a smile on his face and a twinkle in his eye,” St. Clair’s obituary read.