Massachusetts State Police trooper, a Marine veteran, speaks out about losing job over vaccine mandate: ‘It was humiliating’ 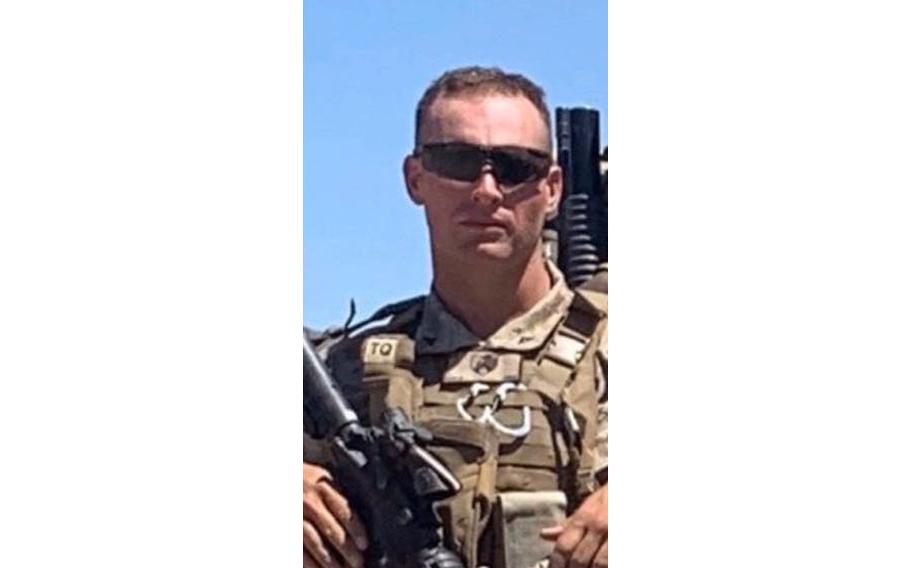 (Tribune News Service) — The first Massachusetts State Police trooper who was given the ax over the state's coronavirus vaccine mandate is speaking out about the "humiliating" experience and termination process.

Timothy Barry, 29, said he's still "in disbelief" after he was yanked out of a State Police training class in late October and stripped of his police gear in front of about 40 fellow troopers. He had not gotten a COVID-19 shot by the mid-October deadline.

The Marine Corps veteran, who was assigned to the State Police Mounted Unit, then became the first statie to get recommended for termination.

"I was singled out at the State Police Academy, and now being the only one recommended for termination, I definitely feel singled out," Barry told the Herald this week.

"I've been in disbelief," he added. "This was my dream job to be a state trooper, and I've never brought any shame to this organization. It's definitely disappointing and heartbreaking."

The Quincy resident recounted his Oct. 28 experience at the State Police Academy in New Braintree.

Barry drove the two hours out to the training class, and was then "blindsided" in front of the class. He had submitted a religious exemption for the vaccine but was in limbo, he said.

"I was pulled out of a class of 30 to 40 people, and they didn't try to discreetly pull me out," Barry said. "I had to empty out my cruiser as the entire class was looking at me, like I did something bad.

"I had to surrender all my police tools," he added. "It's not like I committed a domestic or a violent crime. It was really over the top. ... It was humiliating."

He was relieved of his duties, placed on unpaid leave, and was then later recommended for termination over the vax mandate.

Barry was a statie for three years, first working on the roads as a trooper and then assigned to the Mounted Unit. He was previously a police officer in Bedford for five years, and is a third-generation law enforcement officer.

"Between my military years in the Marine Corps, as a local police officer and as a state trooper, I've never been disciplined," Barry said. "In an era where you want police accountability, why is this why you're getting rid of quality troopers?

"I've worked hard to get here," he added. "It's something I've always wanted, and for an agency that wants to be the most elite in the state and the nation, why are you getting rid of good troopers for this?"

Barry volunteered at the Bedford VA for over half a decade and volunteered for the Special Olympics, with events like the torch run as a local police officer.

He taught religious education for five years and was a Eucharistic minister. He was unsuccessful at getting a religious exemption for the vaccine. To try to get the exemption, he went in front of a "trial board" court hearing, which was made up of a State Police captain and lawyer.

"They're not priests," Barry said. "They're not rabbis. They're just two random people. A lot of these things just weren't thought out."

He doesn't know of any religious exemption that has been accepted.

"Personally, I think that mandating the vaccine and going against someone's religious beliefs is a violation of your civil rights," Barry said. "This has violated my rights and many others."

He said he would have complied with regular COVID testing.

"I definitely would have been OK with that," Barry said.

A spokesperson for the Executive Office of Public Safety and Security on Wednesday deferred comment to Mass State Police.

A Mass State Police spokesperson did not immediately respond to questions — including how many State Police troopers are facing termination over the vax mandate, and if the state plans to pull other staties out of training classes and strip them of their gear.