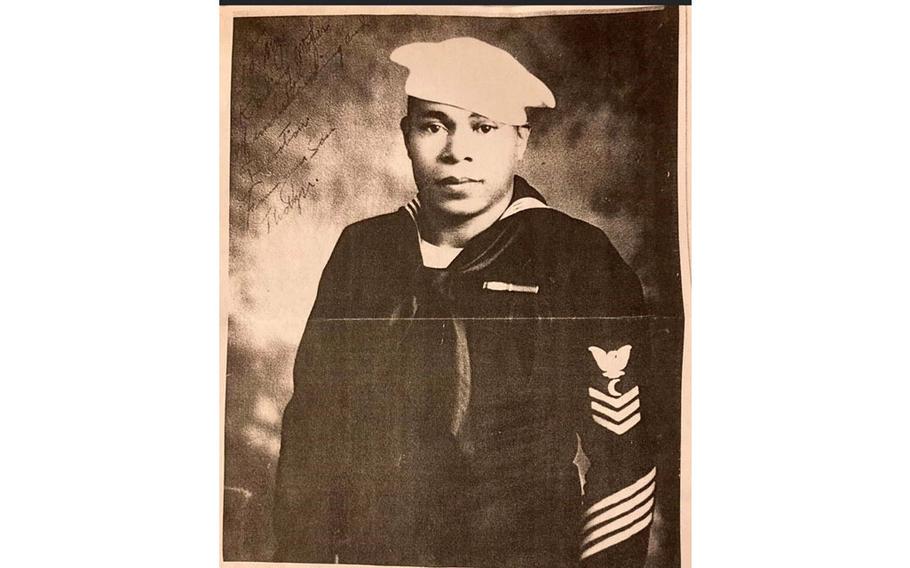 (Tribune News Service) — The remains of two Portsmouth, Va., sailors who died during the Japanese attack on Pearl Harbor have been definitively identified.

Navy Petty Officers 1st Class Octavius Mabine, 21, and Rodger C. Butts, 47, were on the battleship USS Oklahoma when Japanese torpedo-bombers attacked the warship while it was moored at Pearl Harbor’s “Battleship Row,” on Ford Island. The Oklahoma was alongside the USS Maryland and farthest out from the shore, making it one of the first ships attacked.

Their remains were among those identified by a 6-year-old effort of the Defense/POW Accounting Agency that ends today, the 80th anniversary of the Pearl Harbor attack.

Just before 8 a.m. on Dec. 7, 1941, three torpedoes struck the Oklahoma’s hull below the waterline in the space of about 10 minutes, destroying the steel bulge meant to protect the ship from torpedo attack, and rupturing fuel tanks.

Sailors racing to the warship’s anti-aircraft guns were unable to fire them because a key piece was still in the ship’s armory.

As the Oklahoma began to capsize, it was hit by two more torpedoes and within 12 minutes had rolled over, leaving only part of its keel and starboard side above the water.

While some sailors were able to escape, either by climbing the lines connecting the Oklahoma with the Maryland or by swimming through the oily water around their ship, 429 of the ship’s company were killed or missing.

The Defense POW/MIA Accounting Agency identified Mabine’s and Butts’ remains from among those of 388 long-unidentified Oklahoma sailors buried at the National Memorial Cemetery of the Pacific — the “Punchbowl” — in Honolulu.

Labs in Nebraska and Hawaii have identified 355.

The accounting agency exhumed those remains in 2015 and, in addition to conducting anthropological and dental records analyses, called on scientists from the Armed Forces Medical Examiner System to conduct mitochondrial DNA and Y chromosome DNA analyses to identify the fallen.

Mabine’s and Butts’ names are recorded on the Walls of the Missing at the Punchbowl, along with the others who are missing from World War II. A rosette will be placed next to their names to indicate that they have been accounted for.

The remains of the 33 who could not be identified individually will be reburied today in Honolulu’s National Memorial Cemetery of the Pacific.