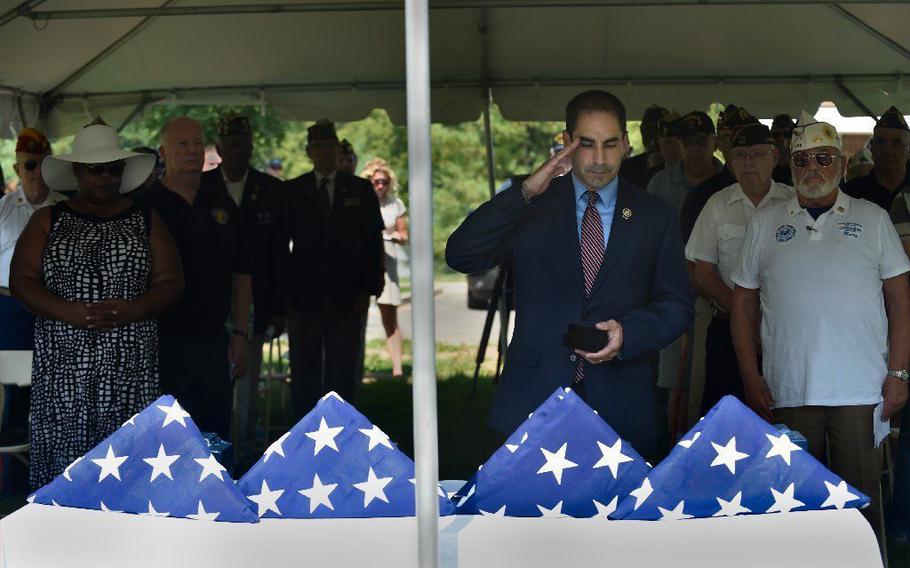 (Tribune News Service) — Connecticut’s Department of Veterans Affairs has set up a review board to restore benefits to certain veterans with other than honorable discharges, including those who were dismissed due to sexual orientation and post traumatic stress disorder.

Establishment of the board follows passage and expansion of a state law, the first of its kind in the nation, state veterans affairs officials said.

“Veterans who suffered from government-sponsored discriminatory policies because of who they are lost access to VA health care and benefits such as education, memorial services and home loans,” lead legislative sponsor Rep. Raghib Allie-Brennan (D- Bethel) said.

“The unfair discharges drove some into depression or substance abuse,” Allie-Brennan said. “As we mark the tenth anniversary of the repeal of ‘Don’t Ask, Don’t Tell,’ LGBTQ veterans in Connecticut now have the opportunity to access the state benefits they earned in service to our country.”

“As board members,” review board Chairman Nikiforos Mathews, a U.S. Army veteran and attorney, said, “we are deeply honored to provide a forum for Connecticut veterans with an Other-Than-Honorable characterization of discharge due to PTSD, TBI, being a victim of sexual violence or who were discharged based on sexual orientation, gender identity or expression, to be heard and given an opportunity to have state Veterans Benefits restored.”

Sept. 20 marked the 10-year anniversary of the repeal of the “don’t ask, don’t tell” policy instituted under President Bill Clinton. The repeal, Secretary of Defense Lloyd J. Austin III said, “reminds us that when we strive for greater inclusivity, we help strengthen our nation’s defenses. By insisting on standards of merit and allowing to serve in uniform all those who are qualified, we avail ourselves of more talent, better leaders and innovative solutions to the security challenges we face around the world.”

Saadi has emailed detailed information about the eligibility determination process to all state agencies, municipalities, veterans organizations and advocacy groups across the state. The DVA also launched the EQRB webpage today at: portal.ct.gov/DVA/Pages/Eligibility-Qualifying-Review-Board.

Veterans with bad conduct or dishonorable discharges are not eligible for veterans benefits.