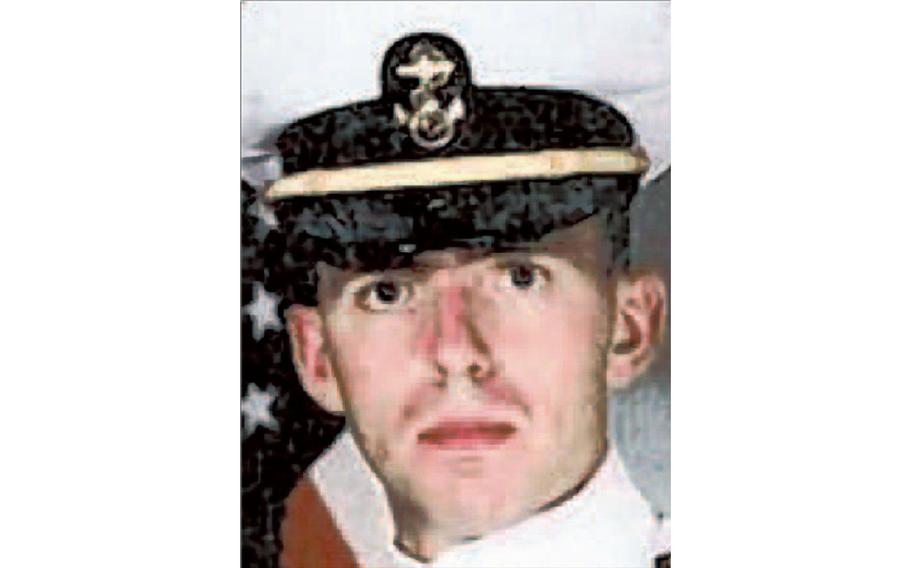 The state’s last two death row inmates — both convicted in Norfolk killings — walked off of death row in July.

But there’s another group of Virginia inmates still facing death.

Federal death row, based in Terre Haute, Ind., houses 45 inmates from across the country — including six from Virginia cases— according to a list compiled by the Death Penalty Information Center, in Washington.

The only Hampton Roads case on the list is that of Army veteran David A. Runyon, convicted of being the hit man in a 2007 murder-for-hire slaying of a young Navy officer in Newport News. A jury in U.S. District Court in Norfolk sentenced Runyon to death in 2009, and he’s sat on death row ever since.

But in December 2020, a panel for the U.S. 4th Circuit Court of Appeals ordered that the case be sent back to Norfolk for a hearing on whether one of Runyon’s trial attorneys was “ineffective” when he failed to fully explore Runyon’s brain damage at trial.

If the attorney was indeed ineffective at trial, the appeals court said, Runyon is entitled to a new sentencing with an all-new jury.

A new sentencing hearing could result in Runyon walking off death row and getting several life sentences instead.

But the wheels of justice grind slowly. Eleven months after the appeals court’s ruling, the hearing on whether the attorney was ineffective still hasn’t yet been held.

At a status hearing held by video conference Nov. 15, attorneys from both sides told Senior U.S. District Judge Rebecca Beach Smith that they’re still “negotiating” — trying to hash out the ground rules for such a hearing.

“The two sides are talking about the issues that they would be litigating at an evidentiary hearing,” said Michele J. Brace, an attorney from Charlottesville who was one of Runyon’s lawyers at the hearing. “And as part of that, they are discussing whether there are certain issues on which they can agree.”

The lawyers, she said, are also discussing whether they might be able to come to a “full settlement” without such a hearing at all.

It wasn’t clear whether such a settlement could include the prosecution taking the death penalty off the table.

The attorney for Runyon leading the negotiations with federal prosecutors, Dana Hansen Chavis of Knoxville, Tenn., could not be reached for comment Wednesday.

A spokeswoman for the U.S. attorney’s office for the Eastern District of Virginia said she needed to ask prosecutors what they could say, if anything, about those negotiations.

At the end of the status conference, Smith told the lawyers to come up with a schedule “for the future evidentiary hearing” in Norfolk.

In 2009, a Norfolk federal jury found that Runyon shot Cory Allen Voss five times outside a Newport News ATM in a killing orchestrated by Voss’ wife and her boyfriend, designed to look like a robbery gone bad.

Voss, 30, a U.S. Navy Ensign, was a Midwest native and father of two who was living in Newport News while stationed on a Norfolk-based frigate.

Late one night in April 2007, a man entered Voss’ pickup at a Langley Federal Credit Union in the Oyster Point section of the city and shot him five times at close range.

Police investigators determined that the murder plot was organized by Voss’ wife, Catherina “Cat” Voss, and her boyfriend, Michael Draven.

Prosecutors said Cat Voss sent her husband to the deserted ATM off Jefferson Avenue, where Runyon — a former Army soldier — was lurking. Her plan, they said, was to get Cory Voss out of the way, be with Draven instead, and collect about $500,000 in insurance proceeds.

Cat Voss and Draven are serving life in prison.

Runyon’s attorneys filed a petition in 2015 to set aside the verdict, claiming he got an unfair trial in 2009. Smith, who presided over the original trial, rejected the claims in 2017.

But in December 2021, a three-judge panel at the 4th Circuit Court of Appeals reversed Smith 2-1 on the “ineffective assistance of counsel” claim, ruling that Runyon deserves an evidentiary hearing on that issue.

That claim asserted that Runyon’s 2009 trial lawyers should have better investigated evidence that he was suffering from brain damage at the time of the 2007 killing.

If jurors knew about Runyon’s brain damage — possibly caused by child abuse and being later hit head-on by a drunk driver while serving in the Army — they might have spared his life, his lawyers contend.

One of the appellate court judges, Roger L. Gregory of Richmond, said there’s “a well of evidence” that could have “cast serious doubt on Runyon’s mental health” at the time of the 2007 slaying.

But those facts weren’t highlighted at trial or “thoroughly followed up on” by his lawyer at sentencing, Gregory wrote.

For example, Runyon’s current lawyers say he was “thrown across a room” by his father at 3 years old and fell unconscious. They said he had head injuries from “a head on collision with a drunk driver” during his time in the Army, plus another car accident and Post Traumatic Stress Disorder from exploding grenades in military training.

They also contended that Runyon he had employment problems and personality changes consistent with a brain injury.

The attorney who handled the sentencing phase of the 2009 trial, Stephen A. Hudgins, was appointed to the capital case only a few months before trial, and had relatively little time to prepare.

But Gregory wrote in the appellate court’s ruling that Hudgins had preliminary reports in hand from a psychiatrist and a neuropsychologist that should have caused him to delve into the brain damage issue further.

“If the defense failed to complete the mitigation investigation in this case, that failure is inexcusable,” Gregory wrote. He said that’s particularly important in cases — such as Runyon’s — where prosecutors have “overwhelming evidence” of a defendant’s guilt.

The ruling also pointed out that a psychiatrist, Dr. James Merikangas, told Hudgins before sentencing that Runyon had delusions and “impaired executive functioning suggestive of frontal lobe brain impairment,” and promised “to follow up once he received the brain scans.”

Hudgins received Runyon’s brain scans back from a radiologist who deemed the scans “normal.” But the lawyer never turned them over to Merikangas for further review.

Hudgins — who is now a York County General District Court judge — didn’t call either Merikangas or Mirsky to testify at Runyon’s sentencing.

When Merikangas examined the brain scans in 2015 — six years after the trial — he said Runyon was “a brain damaged individual ... with symptoms of a psychotic thought process.”

Also in 2015, Mirsky reevaluated Runyon, citing “significant damage to the right side of the brain,” and evidence of a “psychotic disorder.”

When one of Runyon’s trial attorneys, Lawrence H. Woodward Jr., gave the closing argument in 2009 asking jurors to spare the defendant’s life, he told them he didn’t have a “glib answer” or “pat response” for why Runyon was involved.

He instead focused on the fact that two other participants in the plot — Voss’ wife and Draven — were getting life sentences, while Runyon alone was facing death.

“The jury never knew of Runyon’s brain damage and mental illness, classic and powerful evidence in favor of a life sentence,” Runyon’s attorneys wrote in their appeal.

But another judge on the appeals court panel, J. Harvie Wilkinson of Charlottesville, disagreed with the panel’s decision, praising Hudgins’ 2009 trial performance.

“To expect that he could have produced a different result in a case featuring such a cold and calculated murder for hire is wholly unrealistic,” Wilkinson wrote in his dissent. Looking at cases after the fact, he said, can “provide a temptation to pin the blame on who else? — his lawyer.”

Wilkinson asserted that Hudgins “conducted a thorough investigation and made strategic decisions that were eminently reasonable,” adding that highlighting Runyon’s brain damage could have undermined the argument that he didn’t commit the crime.

There “is always an argument that was not made ... and a possible winning strategy that was not pursued,” Wilkinson wrote.