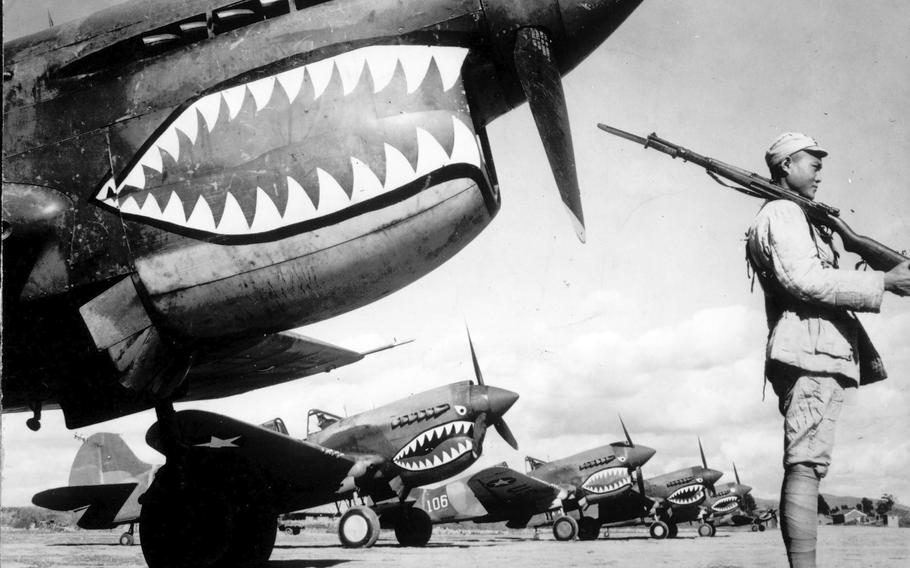 Guarded by a Chinese soldier, a squadron of Curtiss P-40 fighter planes, decorated with the typical shark face of the famed Flying Tigers, are lined up at an unknown airbase in China in 1943. (AP)

BEIJING — Veterans and officials from China and the United States on Tuesday celebrated the 80th anniversary of the Flying Tigers, American pilots who flew for China in World War II, as a historic example of better relations and cooperation.

The online event came the day leaders of the two countries held a summit by video link at a time when ties have sunk to a multi-decade low due to conflict over trade, Taiwan, human rights and other issues.

"Our remembrance of the Flying Tigers today is to build a bridge of communication and friendship between China and the United States," said Zheng Jianbang, vice chairman of the National Committee of the Chinese People's Political Consultative Conference, an umbrella body for non-communist entities allowed by the government.

Relations face a "serious test," said the Chinese ambassador to Washington, Qin Gang. He pointed to the Flying Tigers as an example of cooperation for tackling global issues such as COVID-19 and climate change. 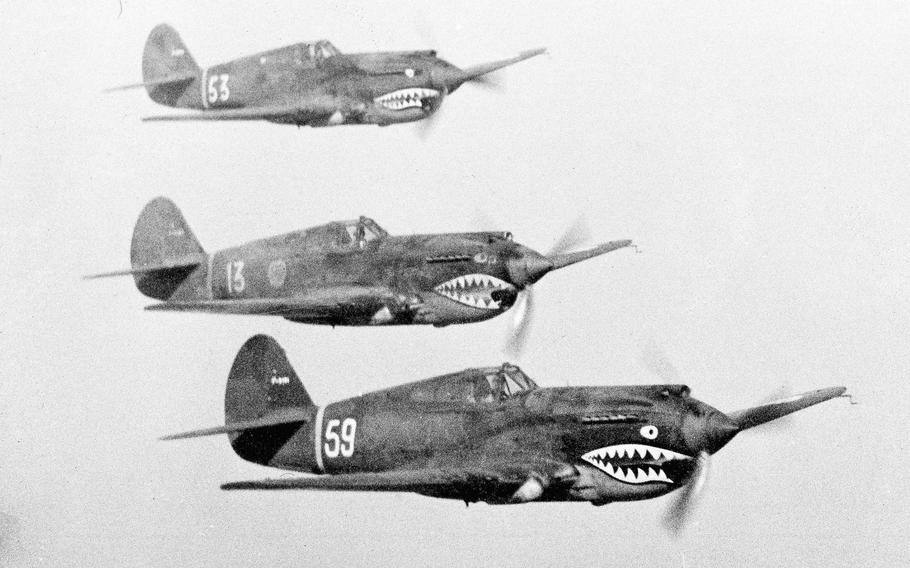 "Our two countries should carry forward the friendship forged in battle by our people, rather than falling into misunderstanding, miscalculation or even conflict and confrontation," Qin said on Tuesday, the day after the virtual meeting between Biden and Xi.

The Flying Tigers were sent by President Franklin Roosevelt before the Japanese attack on Pearl Harbor in December, 1941, drew the United States into the war.

The Americans helped to protect planes carrying supplies from British-ruled South Asia over the Himalayas into China.

"It was some of the most difficult flying in the world," said Robert Moore, a veteran of the Flying Tigers. "You could fly on a clear day from Assam to China by following the shining planes that had gone down."

The clandestine effort was led by retired army officer Claire Lee Chennault, whose daughter Cynthia Chennault read during the meeting from a letter he wrote.

"When all well-known roads are blocked, a new path must be opened," she read.

Cynthia Chennault, an emeritus professor of Chinese literature at the University of Florida, expressed hope that "Americans and Chinese will not be blocked by past failure, but together open new paths of collaboration for the world's well-being." American pursuit pilots of the famed Flying Tigers run for their Curtiss P-40 fighters as an air raid warning sounds, at an unknown airbase in China, on November 2, 1943. (AP)

The Flying Tigers were credited with destroying 296 enemy aircraft. Fourteen of the American pilots were shot down.

One American fighter pilot survived a crash landing and was hidden by an elderly woman who refused to give him up despite torture by Japanese soldiers, said Zheng.

"The fascist thug cut off all 10 fingers of the elderly woman," said Zheng. "The old lady refused to disclose any information resolutely."

Chu, whose father served in the U.S. military during World War II, said the lesson of Chinese and American cooperation against fascism should inspire new efforts to fight global warming. In this screenshot taken on Nov. 16, 2021, Bill Peterson, Flying Tiger veteran, speaks during a video conference call on the 80th anniversary of Flying Tigers Coming to China event in Beijing, China. (Chinese People’s Association of Friendship with Foreign Countries via AP)

"Just as the Flying Tigers showed us 80 years ago, protecting the world is all about accountability together," Chu said. "It is only when we cooperate that we can truly address the greatest challenges."

"I just plain love the Chinese people," he said. "If you ever need us again, we will always be there to help you."