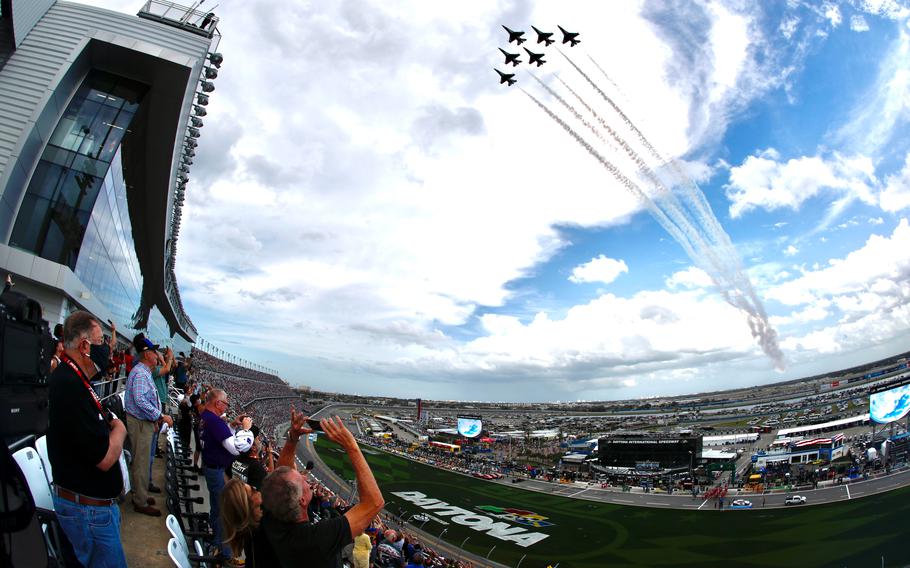 Ben Peterson, an Iraq veteran from Tennessee, is organizing a rally for Vietnam veterans at Daytona International Speedway next May 27-28. He hopes will look a bit like this scene from the 2021 Daytona 500, when the U.S. Air Force Thunderbirds performed a flyover. (Nigel Cook, News-Journal/TNS)

Peterson’s nonprofit, Engage Your Destiny, is organizing what he’s billing as the “largest celebration of Vietnam vets ever assembled” for Memorial Day weekend 2022 at the Daytona International Speedway.

“What if we hosted an event that gave these guys the biggest, baddest, most long overdue, patriotic welcome home we could imagine?” Peterson asked in an interview with The News-Journal Wednesday.

Heroes Honor Festival attendees will have to purchase tickets, but Vietnam veterans will be given free passes.

More details on ticket packages, as well as announcements of music acts, will be forthcoming, Peterson said. But he is sharing one bold objective.

Several local Vietnam veterans said they aren’t sure about that kind of crowd, but they are excited and planning to go.

“Our average is 75 years old. How much longer are we going to be able to at least go to and attend something of this magnitude,” said Bob Adkins, president of the Vietnam Veterans of America Daytona Beach Chapter 1048.

“Any welcome-home situation for a Vietnam veteran is a good thing,” he said. “Because we’ve never got that in the past.”

Stacy Cantu, a Daytona Beach city commissioner, said the Heroes Honor Festival have pitched City Hall on the parade and plans are being made, with Beach Street as a possible location.

“I love it,” said Cantu, whose father died in Vietnam and who has a son who served in Iraq. “I think it will draw a lot of veterans from across the state and around the country.”

Welcome back from Iraq

How the Heroes Honor Festival came to be starts 20 years ago. The Sept. 11, 2001, attacks spurred the United States into war.

As a 13-year-old in Minnesota, Peterson was eager to join the fight.

By 17, he was set to join Special Forces, but he lost that opportunity due to colorblindness. He was steered, instead, into an Army job as a chaplain’s assistant, serving as a bodyguard (chaplains don’t carry weapons) and helping talk to troops struggling with marriages or grief or post-traumatic stress disorder.

“I spent time with people in their darkest moments,” he said. 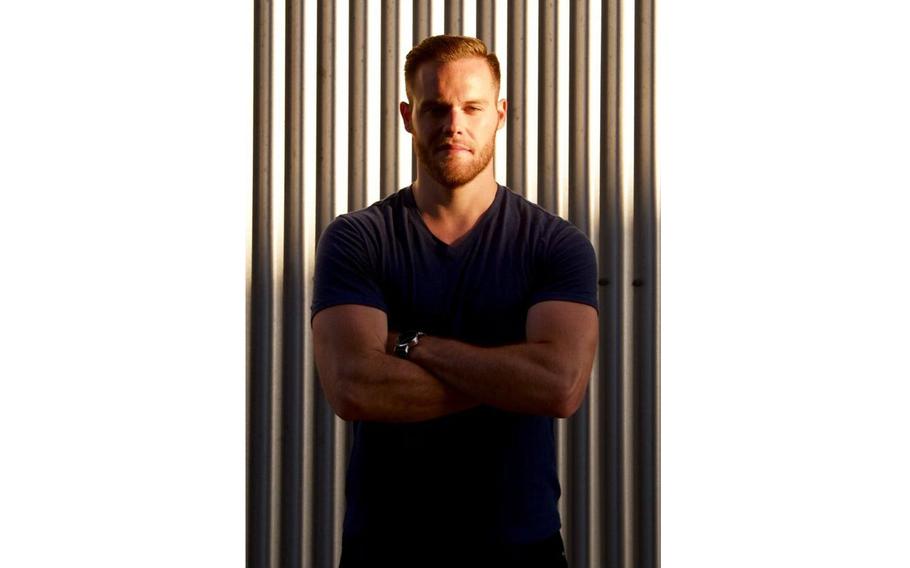 Army veteran Ben Peterson’s nonprofit, Engage Your Destiny, is organizing what he’s billing as the “largest celebration of Vietnam vets ever assembled” for Memorial Day weekend 2022 at the Daytona International Speedway. (Engage Your Destiny/TNS)

During his tour, seven members of his combat aviation brigade were killed.

“We dealt with some pretty tough stuff,” Peterson said. “As a lot of veterans of foreign wars can relate to ... there’s not much more that you think about when you go to war than coming home.”

In those years, the Westboro Baptist Church organized protests of soldiers’ funerals — claiming their deaths were connected to the United States’ embrace of gay people. With that, Vietnam veterans began organizing counter-demonstrations and welcome-home parties for veterans of Iraq and Afghanistan.

“When I got home and I walked off the bus into the airfield, the first thing that I saw was 100 Vietnam veterans lined up shoulder to shoulder holding the American flag and guarding my welcome home,” Peterson recalled. “Which was a really, really powerful experience for me as I saw these men who, I know how they were treated. I grew up in a military family and so I’m very aware of how they were treated when they came home. So that was just really amazing.”

So Heroes Honor Festival is, in part, Peterson’s way of thanking those Vietnam veterans.

Kevin Weaver, who works with a lot of veterans as president/CEO and cofounder of the Warrior’s Journey, said although they’ve been home for decades, many from the Vietnam era still feel shunned because of the 1960s-70s culture to which they returned.

Vietnam was widely protested. And while stories of veterans being spat on or called names, such as “baby killers,” may be overstated, Vietnam veteran weren’t embraced as veterans are today, Weaver said.

“It’s huge. It’s a very, very real issue with probably most of these guys,” Weaver said. “It wasn’t that they necessarily felt abused. ... The overall feeling in many respects ... was ‘let’s forget about it.’ It wasn’t the same idea we’ve had for the past 20 years, when for the most part there’s been more of a national sense of appreciation. That’s something Vietnam veterans never really had.”

The Springfield, Missouri-based Warrior’s Journey is a nonprofit partnering with Engage Your Destiny and other organizations to plan the event.

Sam McCloud, a former Marine who served in Vietnam in 1971 and 1972, works closely with the city to host local events honoring and remembering veterans and their service. He said he remains skeptical about the success of Heroes Honor Day, but Peterson has won him over.

“They are trying hard to make it happen,” McCloud said. “Their hearts are there.”

McCloud, commandant of the Marine Corps League Daytona, said the Heroes Honor Festival organizers hosted an in-person meeting for representatives of veterans groups from across the state. About 30 attended, demonstrating an encouraging level of support, he said.

“It’s going to come down to getting the word out,” he said.

Entertainment to be announced

Weaver said Peterson’s goal of filling the Speedway with 100,000 people would be “a miracle,” but he’s not completely discounting it.

The assemblage of talent for the entertainment will play a role in attendance, Weaver predicted.

Vietnam veterans who were part of a Halloween parade Friday at the Emory L. Bennett Veterans Nursing Home offered their thoughts about what kind of entertainment might draw their generation.

“The dream lineup would be Raquel Welch. By far,” Adkins said. “You could probably ask any Vietnam veteran and they would say Raquel Welch with Bob Hope.”

Another veteran chimed in: “Ann-Margret ran a good second.”

‘They answered the call’

Peterson, who lives in Tennessee, started Engage Your Destiny in 2016. Its mission carries on some of the work he did as a chaplain’s assistant in the Army.

The Heroes Honor Festival is designed to be a part of that.

“I just believe that honor and kindness draws people closer together, draws them into love and to God’s love,” Peterson said, “and that’s really where the vision for this event came to be.”

Unlike the wars in Afghanistan and Iraq, fought without a draft, the military of the Vietnam era drafted many of its service members, who met their obligations to their country and fought in an unpopular war, only to come home to apathy — or worse.

Peterson said he’s heard stories from Vietnam veterans who, coming home, would take seat on an airplane only to have people next to them get up and leave.

“It was just such a shameful thing to be a Vietnam veteran, which is so wrong,” he said. “They answered the call.”