A Purple Heart medal was stolen from a Vietnam veteran nearly 40 years ago. He just got it back. 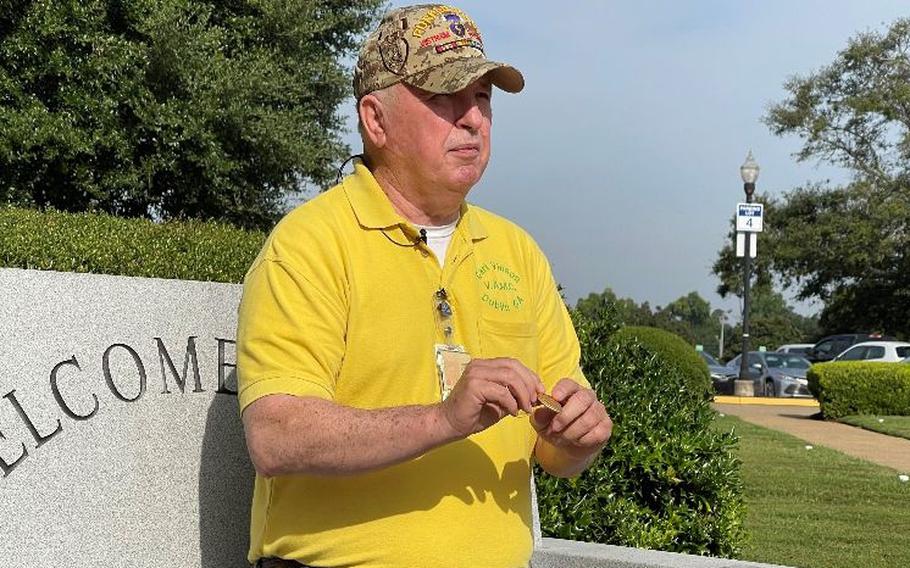 Gus Allbritton with the Purple Heart medal that was recently returned to him. (Carl Vinson VA Medical Center)

The crime happened nearly 40 years ago, but it still stung: Burglars broke into Gus Allbritton's home one day while he was at work as a sheriff's deputy, and they stole one of his most treasured possessions.

Every room in Allbritton's Brooksville, Fla., house was ransacked, and he soon learned that the crooks had helped themselves to many of his things, including several guns and a five-gallon glass water bottle filled with coins, pocket knives and other small valuables.

Included in that bottle was something whose loss hurt the most — one of the three Purple Heart medals he'd been awarded after he was wounded during the Vietnam War.

Allbritton, 71, had given the two other medals to his son and daughter, he said, and he figured the third one would be safe if he dropped it inside the heavy bottle that sat in a corner of his living room.

"When I saw that the water bottle — and everything in it — had been stolen, I figured that was it. I'd never see it again," Allbritton recalled about the 1983 break-in. "I reported it missing, but I knew the odds were slim to none that I'd ever get it back."

Thirty-eight years went by. Then Allbritton, who now lives in Dublin, Ga., about 140 miles from Atlanta, found a surprising message waiting for him last month at the Carl Vinson VA Medical Center, where he is a regular volunteer.

"It said that somebody had found my Purple Heart," said Allbritton. "And there was a phone number in Florida for a man named Jamie Bath."

Allbritton called Bath, an estate sale specialist from Brooksville — the same town where Allbritton had worked as a court bailiff and deputy sheriff in Hernando County, about 50 miles north of Tampa, in the 1980s.

Bath told Allbritton that he'd recently picked up his medal for $2 at a local yard sale, intrigued by the George Washington face on the front. After he bought it, he also noticed an inscription on the back: "For Military Merit — Gus A. Allbritton."

"He Googled my name and tracked me down at the Dublin VA," said Allbritton. "I couldn't believe it. How did something as small as that medal turn up after 38 years?"

Bath said he felt moved to find the rightful owner of the Purple Heart as soon as he saw there was a name on it.

"It was a war medal, and I knew it must mean a lot to the person who'd earned it," he said. "Giving it back was the right thing to do."

Bath, 50, said it took him only a few days to track down Allbritton in Georgia after he looked for his name online and found a news release from the Department of Veterans Affairs about his volunteerism.

Since moving to Dublin in 1991, Allbritton has devoted more than 35,000 hours to assisting other veterans and serving on numerous VA committees, he said.

"When Jamie called and said he'd like to mail me back my medal, I gave him my address. And sure enough, it arrived just a few days later in a little box," said Allbritton. "It's a very humanitarian thing he did." 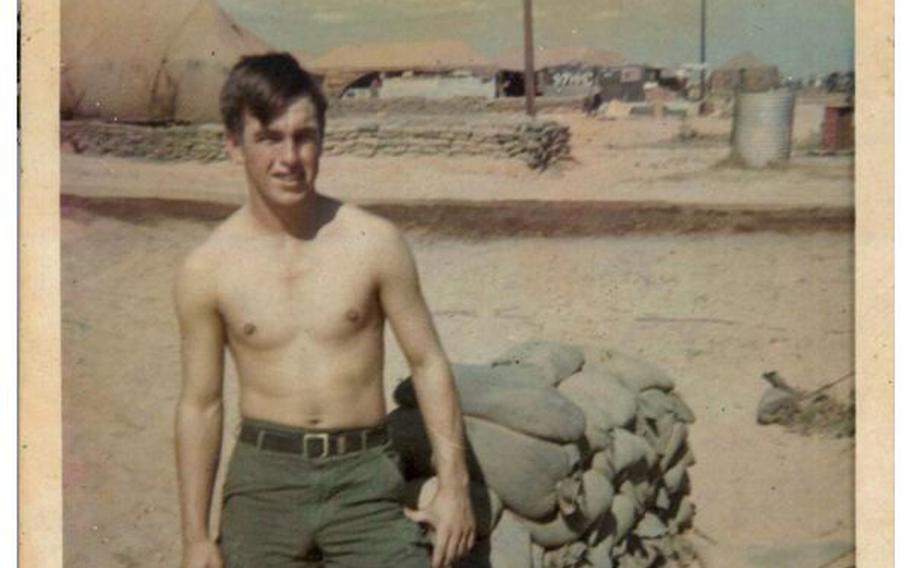 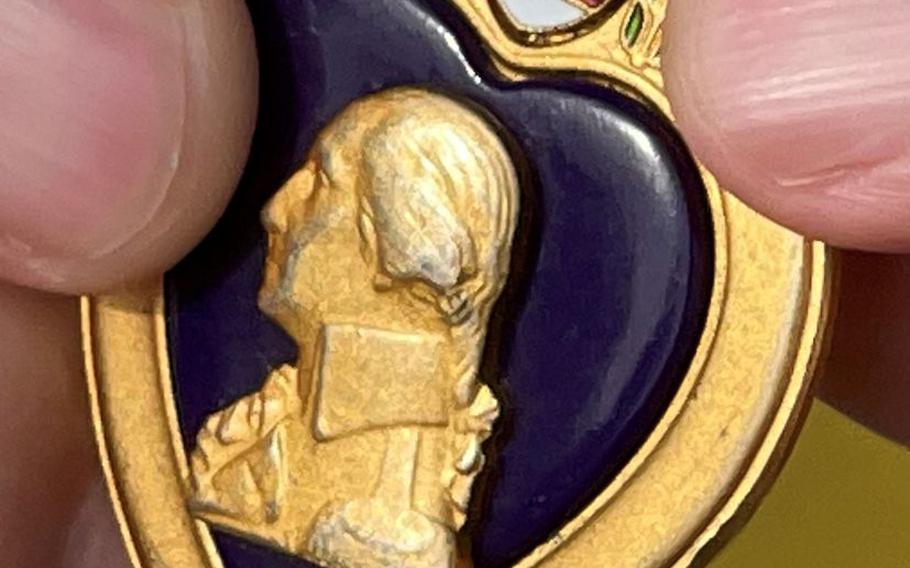 As he held the medal in his hand for the first time in almost four decades, Allbritton said, he was taken back to the day he was drafted into the Army at 18. It was the day after he graduated from Pasco High School in Dade City, Fla., in 1969.

After he completed basic training at Fort Benning, Allbritton was immediately deployed with the 173rd Infantry Regiment to fight in Vietnam for one year. While there, he was wounded three times.

"This whole situation with the Purple Heart got me thinking about it all again, and it's emotionally difficult to talk about," he said. "I'm really thankful that I have my medal back, but it's brought back a lot of memories in the last week or two, not all of them good."

"It's really amazing that I actually made it home," he added.

Allbritton said he wanted to continue to find purpose in his life, so he signed up as a VA volunteer in Dublin. He could relate to the wounded veterans who showed up at the hospital to be treated for physical and emotional pain.

"Gus is a great teammate and an even better friend," said James Huckfeldt, a public affairs specialist at the Dublin VA hospital who has watched Allbritton connect with hundreds of veterans over the years.

Allbritton plays his guitar in the lobby every holiday season, said Huckfeldt, and he is fast with a joke or some fatherly advice.

"He's served here for three decades and hasn't received a dime in compensation," Huckfeldt said. "Gus epitomizes selfless service so he can leave the world a better place than when he found it."

Allbritton, who lives on his own and has four grandchildren and three great-grandchildren in Florida, said he hopes to one day connect in person with the man who was kind enough to buy his Purple Heart and send it to him.

"It would be very nice to meet him, but my reward is knowing that I've made him happy," said Bath. "That's a nice feeling to have."

He said that after he unwrapped the medal and admired it for a few minutes, he tucked it into his pocket, and now plans to carry it with him wherever he goes.

"I sure won't be dropping it inside another water bottle," he said.