(Tribune News Service) — The Alabama State Board of Veterans Affairs is urging establishment of a program to help veterans who suffer health problems possibly caused by exposure to toxic substances at Fort McClellan in Anniston.

The SBVA unanimously passed a resolution urging Alabama’s congressional delegation to support legislation to study the effects of service at Fort McClellan and the establishment of a health registry. The resolution calls for a presumptive service connection for veterans who were exposed at Fort McClellan.

A presumptive service connection means that the Department of Veterans Affairs presumes that a health condition is caused by the specific circumstances of a veteran’s work in the military.

Fort McClellan, established in 1917, became home to the Army’s Chemical Corps and Chemical Weapons school after World War II until the base closed in 1999.

According to the resolution, the Army used personnel at Fort McClellan to test exposure to and decontamination methods for sulfur mustard and nerve agents in 1953, a program called “Operation Top Hat.”

In 1998, a U.S. Army Environmental Center study found the presence of dangerous contaminants requiring investigation and cleanup before Fort McClellan could be converted to the public domain after the base closed.

In 2005, the National Academy of Medicine said the groundwater and soil at Fort McClellan were contaminated.

But the VA does not acknowledge health problems associated with service at Fort McClellan. Military and veterans who served on Fort McClellan were excluded from a class-action settlement between the city of Anniston and Monsanto chemical plant in 2003.

The VA has noted the existence of the toxic chemicals used at Fort McClellan and that potential exposures could have included, but are not limited to: Radioactive compounds (cesium-137 and cobalt-60) used in decontamination training activities; chemical warfare agents (mustard gas and nerve agents) used in decontamination testing; and airborne PCBs from the Monsanto plant in Anniston. 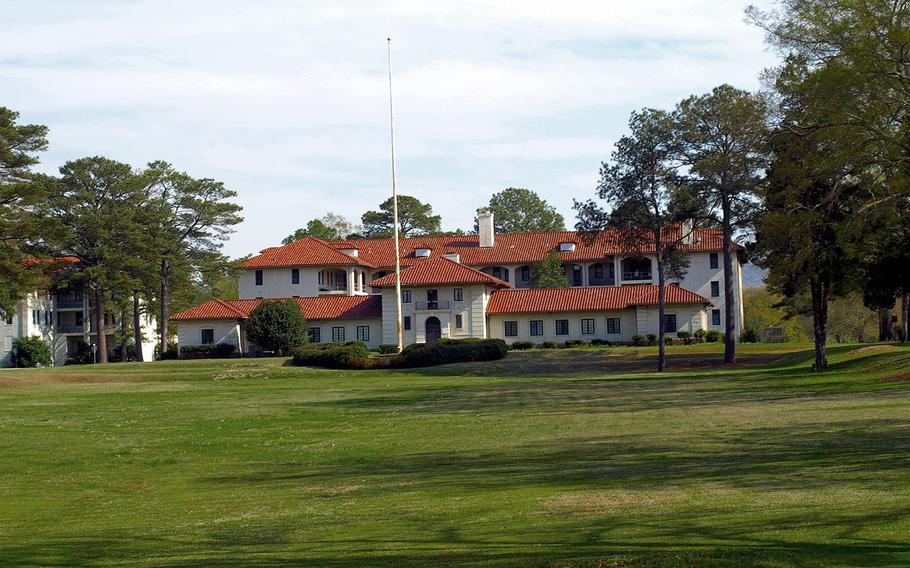 Buckner Hall at Fort McLellan in 2014. Fort McClellan, established in 1917, became home to the Army’s Chemical Corps and Chemical Weapons school after World War II until the base closed in 1999. (Chris Pruitt)