‘Made of steel’: Korean War vet awarded Medal of Honor for smothering grenade blast dies at 89 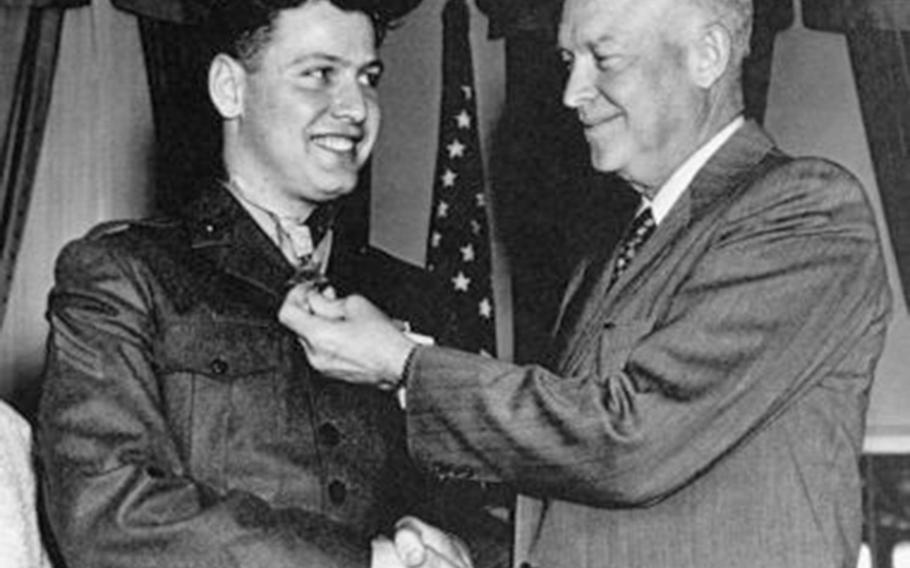 Korean War veteran Duane Dewey, whom President Dwight Eisenhower described as “made of steel” when he presented the machine-gunner with the Medal of Honor in 1953, died Monday at age 89.

The Marine Corps corporal earned the medal for smothering an enemy grenade with his body and sheltering his squad members from the blast as they fought near Panmunjom on April 16, 1952.

Dewey spent several months in the hospital recuperating from the blast to his hip. His death in St. Augustine, Fla., was announced Tuesday by the Congressional Medal of Honor Society.

Dewey was born Nov. 16, 1931, in Grand Rapids, Mich., into a family that was greatly impoverished during the Great Depression, he said during a videotaped interview posted on the Veterans History Project’s website.

He and his cousin drove to Kalamazoo and enlisted in the Marine Corps in March 1951. During the first day of special training at Camp Pendleton, Calif., Dewey volunteered for machine gun training. By October 1951, he was fighting north of the 38th Parallel on the Korean Peninsula.

On April 16, 1952, Dewey was with 3rd Squad, Weapons Platoon, Company E, 2d Battalion, 5th Marines, 1st Marine Division. He and his machine gun squad were among about 80 Marines who found themselves surrounded by a force of roughly 600 Chinese troops, he said during the interview. 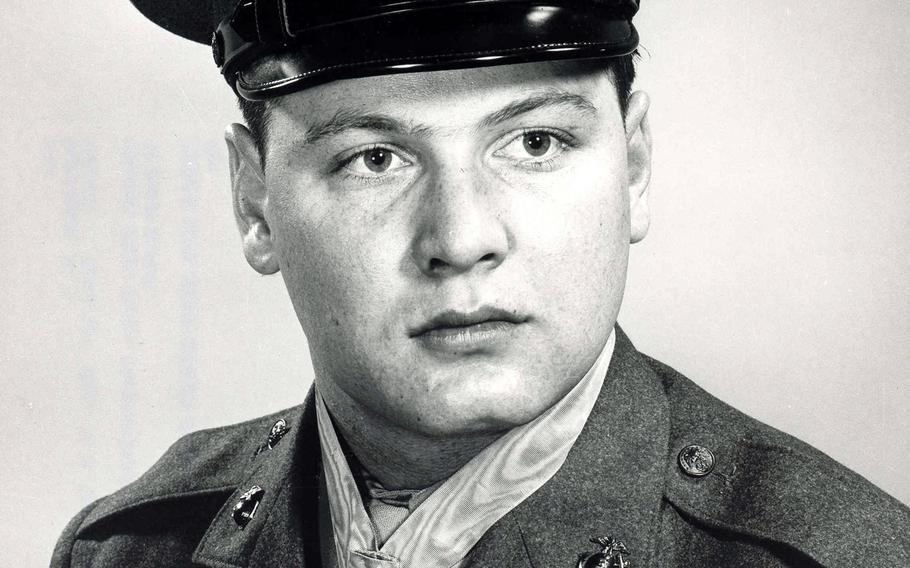 Cpl. Duane Dewey received the Medal of Honor for saving fellow Marines' lives by shielding them from a grenade blast during the Korean War, April 16, 1952. (Congressional Medal of Honor Society)

He had used up almost all his ammo when a grenade whizzed by him.

“A grenade went off behind my left heel, got me three places in my left leg and put me down,” he said. A corpsman – on his first night on the battle line – lay Dewey on his back and began cutting his trousers to patch him up.

A second grenade plopped down beside Dewey.

“I grabbed that, and my first impulse was to throw it, but I’m lying flat on my back, and I don’t know if I can get it out of reach of my own men,” he recalled in the video. “So, I scooped it under me and grabbed [the corpsman] and pulled him down on top of me. It went off and took us both a couple feet off the ground. Then I told him, better get me out of here. I don’t think I can take any more of this.” 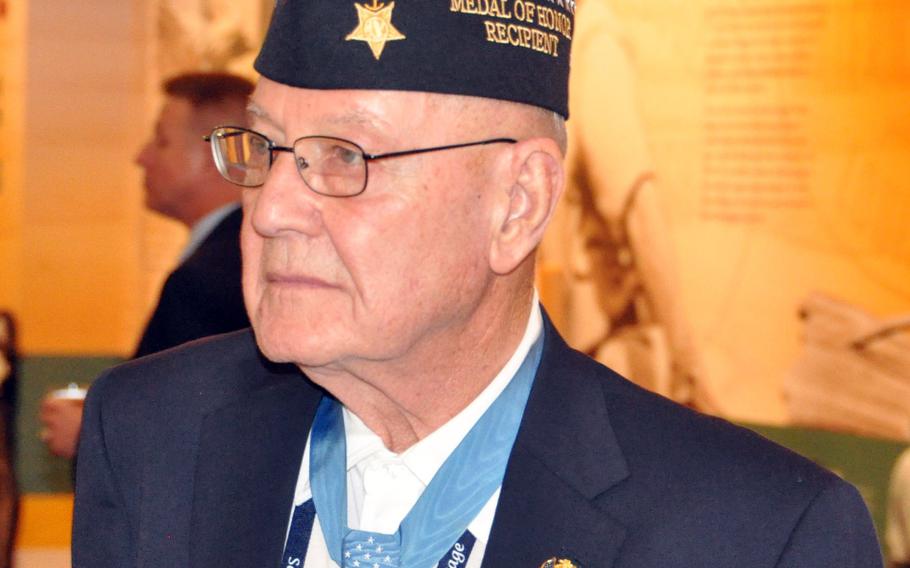 Roughly a year later, Dewey was standing in the Oval Office, where the newly inaugurated Eisenhower presented his first Medal of Honor. The citation read in part that the Marine had “bravely smothered the deadly missile with his body, personally absorbing the full force of the explosion to save his comrades from possible injury or death.”

“Mr. Eisenhower looked at me after he heard the citation,” Dewey recalled in the video, “and he says, ‘You must have a body made of steel.’”