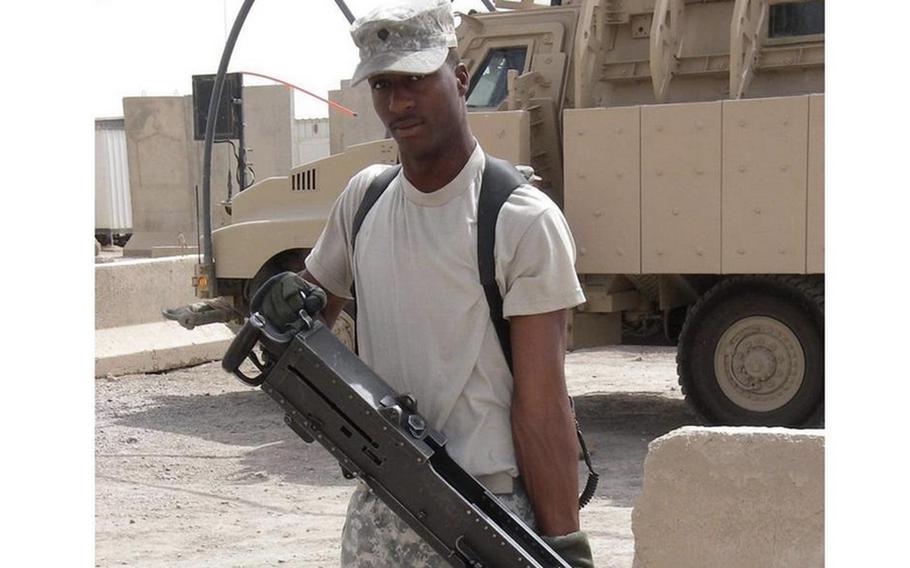 Christopher Diltz, an Iraq veteran and VA police officer, was killed in Birmingham on Sept. 16, 2021. (Contributed/TNS)

(Tribune News Service) — A man found dead inside a burning home more than two weeks ago has now been identified, and investigators say he was killed before the fire started.

Authorities identified the victim as 33-year-old Christopher Diltz. Birmingham police said he was stabbed to death.

Diltz is being remembered for being kind-hearted and always putting others before himself. He served as drum major for Woodlawn High School, and then went on to join the Alabama National Guard where he served in Iraq with the 217th Military Police Company.

Diltz was a member of the 128th Military Police Company and worked as a police officer with Veteran Affairs in Birmingham.

Those who knew Diltz said everyone loved him.

Friends said he had not shown up for work for a couple of days prior to his body being discovered and they had just started asking on social media for help in finding him.

Then, about 5 a.m. on Sept. 16th, police and firefighters responded to a house fire in the 4500 block of 11th Avenue North. The blaze was fully involved when firefighters arrived.

Once the house cooled enough for a search, Diltz was found dead inside.

Ditlz is the city’s 90th homicide so far in 2021. Of those, 12 have been ruled justifiable and therefore aren’t deemed criminal.

In all of Jefferson County there have been 146 homicides, including the 90 in Birmingham.

At this time last year, there had been 93 homicides in Birmingham, and 132 in all of Jefferson County.