‘One of a kind’: Nevada National Guard general memorialized 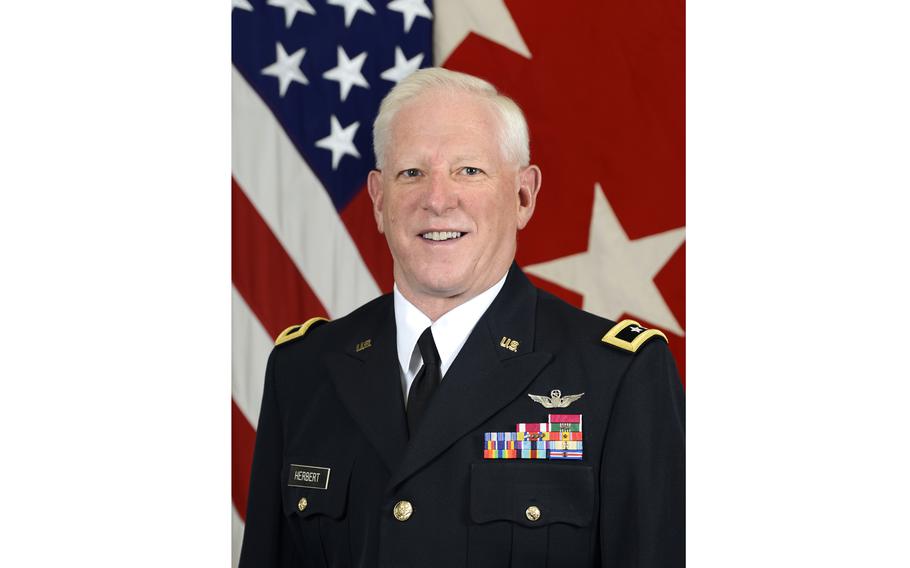 (Tribune News Service) — Inside a small office building at the Nevada Army National Guard, several military medals and trophies were on display along with vibrant Hawaiian shirts, a lei and a pristine, classic Chevrolet pickup truck.

Herbert was memorialized by friends, mentors and colleagues on Saturday.

“He was one of a kind,” said Reid, whom Herbert worked for from 2001-2017. “Bob is a person I will always admire. He always treated people properly. Bob, we will miss you, we love you, and we will never forget you.”

Herbert served in the U.S. Army for 42 years, eventually became Director of Aviation and Deputy Commander for the Nevada Army National Guard. He was the Nevada Army Guard’s only major general before retiring in 2018.

Ondra L. Berry, Adjunct General of the Nevada National Guard, credited Herbert with securing upwards of $120 million for Nevada Army Guard facilities while working as a senior adviser on national security and appropriations for Reid.

“When you think about Bob Herbert, he was just a good person who helped lift the spirits of everyone here today,” Berry said. “He took great pride in helping others achieve their full potential. His attention to detail was legendary, discipline was the foundation of success.”

After his retirement, Herbert joined ex-Nevada U.S. Rep. Jon Porter as a lobbyist for the Porter Group, which advocates for bipartisan government affairs on a variety of policies, according to its website.

Porter, a Republican, served Nevada’s third district from 2003-09 and said Herbert had the ability to find a solution to virtually any problem.

“I don’t care if you were in the custodial staff, you were in the white house or you were an elected official across the state or across the country,” Porter said. “He was always finding solutions, always had time to help, whatever the problem was.”

The three-term congressman also recalled Herbert as a meticulous, punctual man who came to work on time every day and had a taste for cigars, wine and Italian suits.

When Herbert was off the clock, his sense of style was more relaxed.

“For those who may not have seen the general,” Porter said Herbert loved loved frequent trips to Hawaii and wearing “a Hawaiian shirt with a t-shirt, tucked into his Tommy Bahama shorts. With white socks and Birkenstocks.”

“I am very nervous that Tommy Bahama and Birkenstock are going to go out of business,” Porter joked.

Bill Rose, a retired master sergeant in the Army, has know Hebert for more than 40 years and considered him his best friend. Rose held back tears while eulogizing Herbert, saying he relished the cross-country motorcycle trip they took from Washington to Las Vegas in 2019.

Herbert also had a knack for restoring old cars, like the pristine, white 1985 Chevy K10 he restored with another friend that was on display Saturday, Rose said.

President Joe Biden, in a letter to Herbert wife Karen Wayland, wrote:”We are keeping you in our prayers in this difficult time. From what I was told, Bob was a natural-born leader, deeply devoted to Nevada and to our country.

“Though the grieving process never truly ends, I promise you the day will come when remembering Bob will bring a smile to your lips before it brings a tear to your eye. My prayer to you is that the day comes sooner, rather than later.”

Herbert is survived by his wife, parents Bob and Rosemarie, sister Connie, brother Mark, and several nieces and nephews.

“Bob was a loyal and passionate friend whose legacy in the state of Nevada and the country will not be forgotten,” Reid said. “He will be greatly missed.”