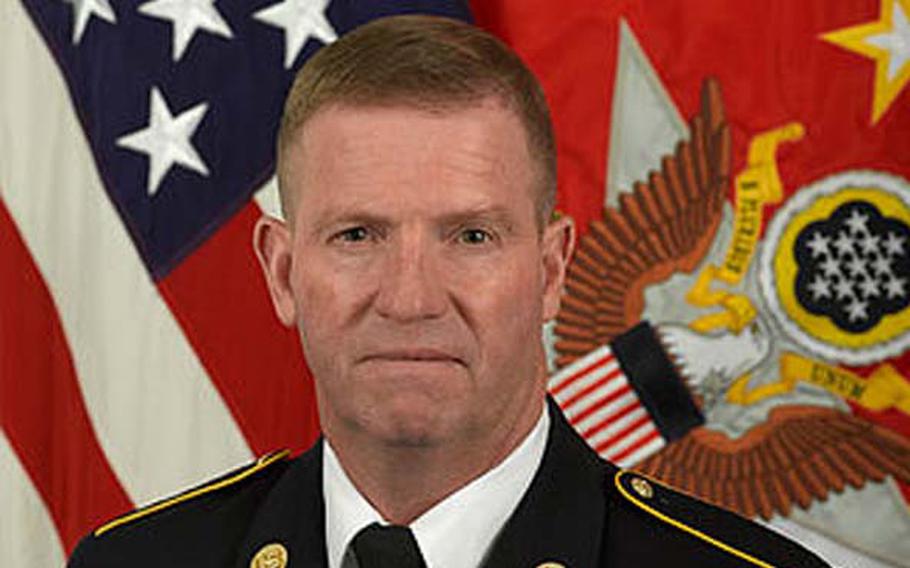 Preston, 64, retired in 2011 after 36 years in the service. He was the longest-serving Army senior enlisted adviser, spending seven years as the top noncommissioned officer and an adviser to two Army chiefs of staff in Gen. Peter Schoomaker and Gen. George Casey Jr. (Army)

Sep. 30—CUMBERLAND, Md (Tribune News Service). — Retired Sgt. Maj. of the Army Kenneth Preston, a Mount Savage native, is the 2021 recipient of the Marshall Medal, the Association of the U.S. Army’s highest award for distinguished service.

Preston, 64, retired in 2011 after 36 years in the service. He was the longest-serving Army senior enlisted adviser, spending seven years as the top noncommissioned officer and an adviser to two Army chiefs of staff in Gen. Peter Schoomaker and Gen. George Casey Jr.

“It’s very humbling for anybody,” Preston said. “It’s all heads of state, various senior distinguished leaders. For me as an enlisted soldier coming from a small town like Mount Savage, I’m very honored and very humbled that the association and all the chapters out there that are represented found that I should be the one to receive the Marshall award this year.

“Every year, everybody kind of looks to see who the recipient is of the Marshall award. I was just completely without words when Gen. (Carter) Ham called. There’s never been an enlisted soldier that came up through the ranks like that to receive the award.”

After retiring from the Army, Preston served as vice president of AUSA’s NCO and Soldier Program from 2013 to 2019. As well, he was the president of Homes for Our Troops, a nonprofit that builds housing for wounded veterans, where he is still on the board of directors. He also served as co-chair of the Army’s Retired Soldier Council.

Recently, he has volunteered with the Army Historical Foundation, the official fundraising organization for the National Museum of the United States Army, which opened the museum at Fort Belvoir, Virginia, in November 2020. Preston also volunteered and was part of the Buffalo Soldier Association of West Point, which recently completed a project building a memorial to the soldiers of the 9th and 10th Cavalry Buffalo Soldiers of West Point.

The Buffalo Soldier Association of West Point honors and celebrates the legacy of the Buffalo Soldier and the contributions of Black American Veterans in the Hudson Valley region. From 1907-1946, members of the segregated Black Horse Cavalry

Detachments served at and taught horsemanship at the United States Military Academy.

The Marshall Medal was established in 1960 — named after George Catlett Marshall, former Army chief of staff, secretary of state and secretary of defense. Fellow recipients of the award include, former presidents Dwight Eisenhower, who was also General of the Army, Harry Truman, Gerald Ford and George H.W. Bush among others.

The award ceremony will be a bit smaller this year due to COVID-19 restrictions, but Preston will receive the honor at an afternoon lunch ceremony Oct. 13 in Washington, D.C.

Brandon Glass is a staff writer for the Cumberland Times-News.