by
Bill Welt
• The State Journal-Register via Associated Press • September 25, 2021

Ellis played on behalf of the Decatur Veterans and Friends golf group in a scramble against the Springfield veterans.

His stamina and endurance belies his age. His golf game isn't too shabby, either, The State Journal-Register of Springfield reports.

But Ellis reproached himself after walking off the 15th green.

"What you saw me do today, that's not my game," Ellis said. "My game is much, much better than what you saw today.

Ellis proved exactly that on the par-3 No. 17. He launched his drive about 151 yards and landed within 7 feet of the hole, the best shot out of the foursome.

"How many times have you seen a 100-year-old golfer almost make a hole-in-one on a par-3," said Ellis' playing partner, Glenn Easterling.

His birdie putt just missed by millimeters, and Ellis jokingly tried to shoo it in the cup with his U.S. Navy hat. Easterling at least converted the birdie for him.

"That was awesome," said Lance Flury, the PGA professional at Lincoln Greens Golf Course, who played with Ellis and helped organize this year's event with Easterling. "Honest to God I was really hoping he would make that putt and he almost did. It was fun to be around."

Ellis, a throat cancer survivor, reminisced as much as he could near the end of the golf round.

He was born on March 16, 1921 — or as he put, right after World War I — and grew up in Mount Vernon during the Great Depression. He played left guard on the high school football team and immediately joined the workforce after graduation.

That suddenly changed after the attack on Pearl Harbor on Dec. 7, 1941.

He enlisted with the U.S. Navy and served around the globe as far as the Mediterranean Sea to the Pacific Ocean as a diesel motor machinist. He recalled assisting one ship that had been attacked off the North African coast near Algiers.

"We picked up one that got hit, but it didn't sink. It killed some sailors, that's why I wear this," Ellis said, referring to his hat. "I'll never forget them. I wear it for them — not for me."

Ellis has been sporting the U.S. Navy cap since he had throat surgery about 11 years ago. He said he previously put that military service behind him following the war but was cajoled by nurses with the Veterans Affairs to do otherwise.

"I do appreciate it, so I started wearing this cap for the veterans," Ellis said.

Ellis is a retired carpenter who has lived in Decatur since 1976. He started playing golf about 40 years ago, but never considered it until one of his bosses forced him to play.

"I got hooked the first day I hit that ball," Ellis said. "First time I hit it, it went down the fairway. From then on, I got the urge to play golf. It's one of the things that keeps me going."

"I always wanted to be like Guy, he's my idol," his friend Dale Jones said. "I mean you think about that, 100 years old and going to the golf course three days a week. Guys like me, our stamina isn't quite what it used to be. We sometimes can't do that ourselves. He's an amazing guy and he's a good friend."

Ellis nailed a hole-in-one during a trip in Texas about 10 years ago.

"It's rarely that I can play as good as him now even as young as I am," Jones said. "Guy is an inspiration to each and every one of us. I just can't thank him enough."

Jones, 68, launched the Decatur golf group about seven years ago after his older brother, Ernie, had a stroke. It targeted anyone with disabilities and later morphed into a veterans league.

"This is something that we want to keep going," Jones said. "We're starting our seventh year, but we would like to make it statewide eventually."

Ellis will be around. He still planned to golf the next day. 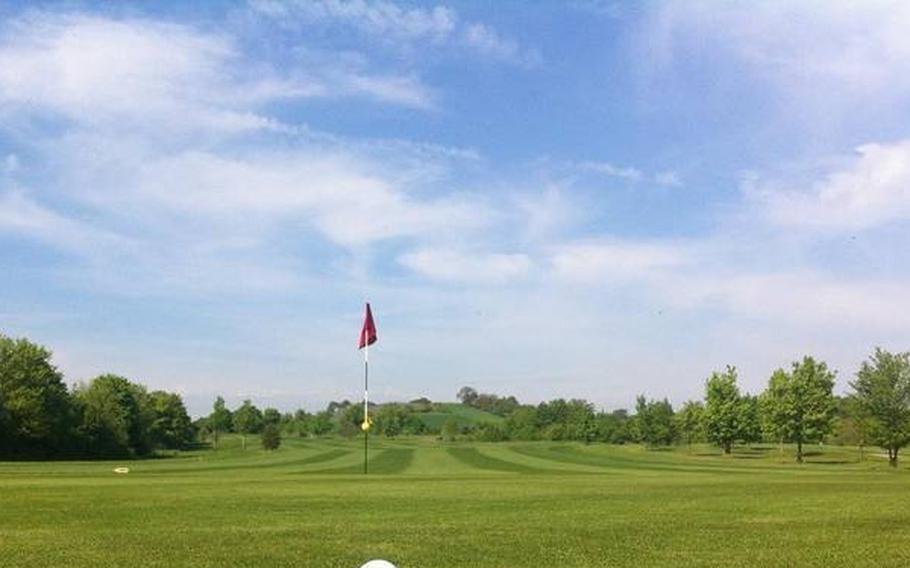