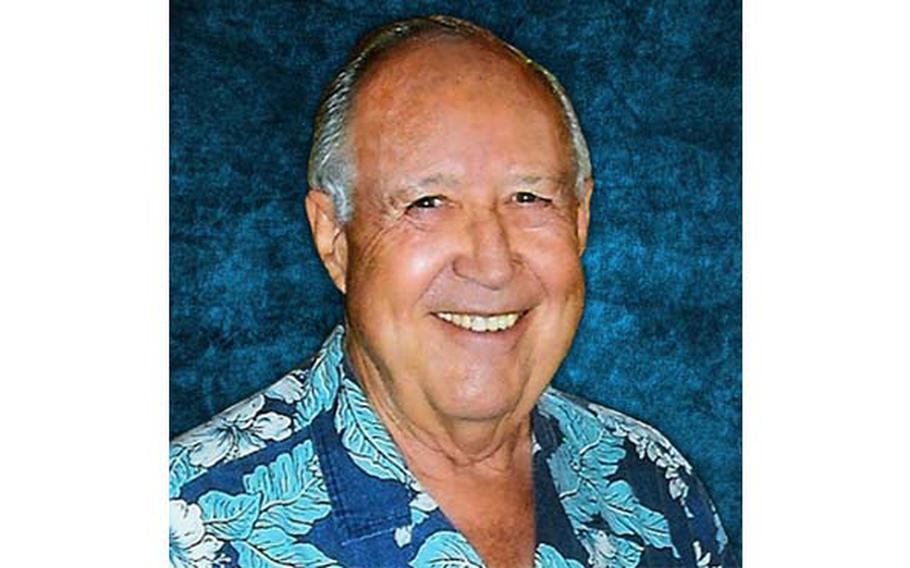 (Tribune News Service) — John C. Carroll, a steadfast Republican who served four terms in the state House and one in the state Senate, has died at age 91.

In an email statement, the Honolulu County Republican Party said Carroll died Sunday while surrounded by family members, and added, “We are forever grateful for John’s service to our country in the U.S. Army and Air Force, and his service to Hawaii as a statesman.”

Carroll pursued public office in this heavily Democratic state far more times than he held office, running 15 times and winning five races in a span of 54 years. Most recently, he was an unsuccessful candidate in the nonpartisan 2020 Honolulu mayoral race.

“He ran for different offices because he didn’t want that office to go unchallenged, “ former state Sen. Sam Slom said. “He wasn’t your normal politician. He could be very serious on issues. He wrote a number of papers. But he also had a sense of humor—self-­deprecating humor. I really appreciated that.”

Slom said Carroll also kept his humor in check, had more experience than most people in town and was always willing to share that and his time.

“A lot of people took John for granted, how he could work and volunteer, and he didn’t always take up popular causes, “ Slom said.

Born Dec. 18, 1929, in St. Mary’s, Kan., Carroll attended Saint Mary’s College. On a football scholarship, he transferred in 1949 to the University of Hawaii at Hilo, where he played under coach Tommy Kaulukukui. He obtained a bachelor’s degree in education at UH Manoa. Carroll served in the Army during the Korean War, and went on to serve in the Air Force Reserve, holding the rank of colonel.

Trained as a combat-ready fighter pilot, after leaving the military, Carroll worked as a pilot for Hawaiian Airlines. He also went on to practice law in Hawaii as an attorney for more than five decades, representing Save Our Surf, the Hawaii Rifle Association and other organizations. Upon retiring from his law practice in 2017, Carroll announced plans to pursue a return to public service.

Carroll first dipped his toes into Hawaii’s political waters in 1966 when he ran for the U.S. House of Representatives and lost. He tried again in 1968 and switched to a county race and suffered yet another defeat. The third time was a charm, with Carroll winning a seat in the state House. He served four terms there (1971-79 ), representing Waikiki, Moiliili and McCully ; and one in the state Senate (1979-81 ), representing Nuuanu to Diamond Head. Also, he chaired the Hawaii Republican Party from 1981 to 1983.

State Rep. Bob McDermott (R, Ewa-Iroquois Point ), assistant minority leader, said, “In the later years, running for office was more of a hobby than a serious attempt to get elected. He wanted to contribute to the mix of ideas. He wanted to provoke thought.”

Noting that Carroll was “always quick with a smile and a joke, “ McDermott said, “he cared deeply about this country ... and will be missed.”

In 2018 Carroll was a candidate in the Republican primary race for the governorship, losing to Andria Tupola, who now serves on the Honolulu City Council. In launching his 2020 mayoral campaign, he told the Honolulu Star-Advertiser that he was running “because of the failed leadership in the state.”

Among other campaign positions, Carroll said he wanted to halt Honolulu’s $9.2 billion “rail-to-nowhere project ... until we know what we’re doing with it to get it finished properly.” S

tar-Advertiser columnist Richard Borreca, who covered state politics for decades, said Carroll “struggled to become a statewide leader and was never able to move up from the state Legislature to a larger position.”

“His eagerness and ambition were boundless, but he never could click with the voters, “ Borreca said. “During his career he knew some of his political positions would not be popular. He could put up the good fight, but his Republican positions were just not what voters wanted.”

In 2002 Carroll ran in the gubernatorial race against Linda Lingle on a platform that featured an anti-abortion stance, no tax increases and a push to repeal the Jones Act, which opponents say overcharges Hawaii residents and raises the cost of living.

The Jones Act, also known as the Merchant Marine Act of 1920, requires all goods transported between U.S. ports be carried on U.S.-flagged vessels owned by U.S. citizens and crewed by U.S. residents for national security purposes and reliability.

Former Gov. Neal Abercrombie said, “We met in the 1970s when we both began our legislative careers.”

He said Carroll was “a real legislator who was under the view that we were there to legislate not pontificate.”

Though they were on opposite sides of the aisle, “when the day was done, we were all friends and we were colleagues.”

“John always did his best for Hawaii, “ Abercrombie said. “He was a good and honorable man. He wanted to serve the people of Hawaii....He was never self serving.”