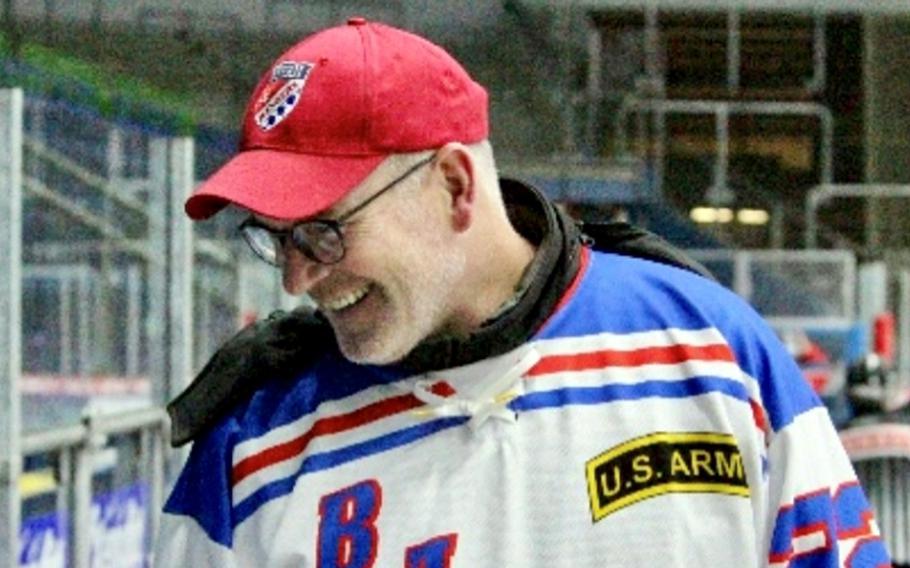 When he arrived at Grafenowoehr Training Area in 2009, author and Army veteran Brad Huestis started a base hockey team that he coached and played on for a decade. (Brad Huestis)

The role of sports in rehabilitating wounded warriors is explored in a new novel that combines a former paratrooper’s love of ice hockey with his experiences in a U.S. military community in the German state of Bavaria.

“Ahab: A Hockey Story," by Brad Huestis, tells the tale of a U.S. soldier who loses his leg in an accident parachuting into Poland with the 173rd Airborne Brigade during an exercise. The book gives readers a taste of what troops go through when they recover from a serious injury and the important role that sports can play in their treatment.

Members of the Bavarian military community will find a lot of familiar scenes in the book, such as Grafenwoehr Training Area’s iconic water tower and Oktoberfest, which Huestis, 54, of Spring Hill, Fla., based on his own experience.

The retired lieutenant colonel served as a paratrooper, artilleryman and judge advocate and received the Bronze Star medal in Iraq before moving to a civilian role providing legal services to troops at Grafenwoehr.

“The story is 100% fictional but the background is 100% real,” he said in a recent phone interview about the book.

The novel is set in 2013 and talks about real-life events, such as the Boston Marathon bombing, that happened that spring. 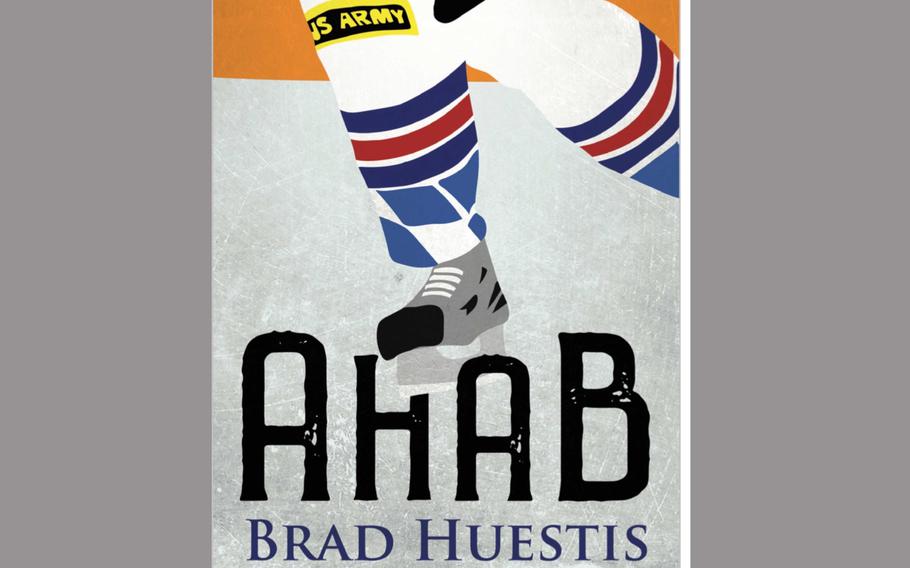 Ahab: A Hockey Story,” by Army veteran Brad Huestis, gives readers a taste of what troops go through when they recover from a serious injury and the important role that sports can play in their treatment. (Brad Huestis)

The book’s protagonist, Cpl. Will Foley, has a love of hockey that reflects Huestis’ passion for the sport. When he arrived at Grafenwoehr in 2009, he started a base team that he coached and played on for a decade.

“There is still a team there called the Bayern Rangers,” he said. “I called them the BMC Rangers in the book.”

Many of the soldiers playing hockey in Germany were wounded warriors going through Army medical boards, Huestis said.

“I had several players going boards at any one time and at the JAG office we would help soldiers go through that process,” he said. “Some soldiers were fighting to stay in and others were fighting for benefits when they got out.”

Foley has his own challenges. He crash-lands during a parachute jump, has a leg amputated and the Army sends him a bill for his damaged gear.

It’s not something that happens in real life to that extent, but Huestis said he knew troops who’d been charged for damaged gear after being injured in training.

“That’s one of the things about military life,” he said. “When you’re in good graces with the chain of command you get awards and promotions and get sent to school, and when you are in their bad graces, they will lock you down and make life really hard.”

Foley’s prosthetic leg, which enables him to excel as a member of the hockey team, wasn’t inspired by Huestis’ real life.

“I found one person skating with a prosthesis on YouTube,” he said. “It looked like really rough going. He didn’t have a lot of stability.”

However, Huestis said, that doesn’t mean there won’t be amputees who can skate well with the aid of advanced technology.

“It raises ethical issues about once we have the technology that allows this,” he said, noting that some disabled athletes might have an advantage with the right prosthesis.