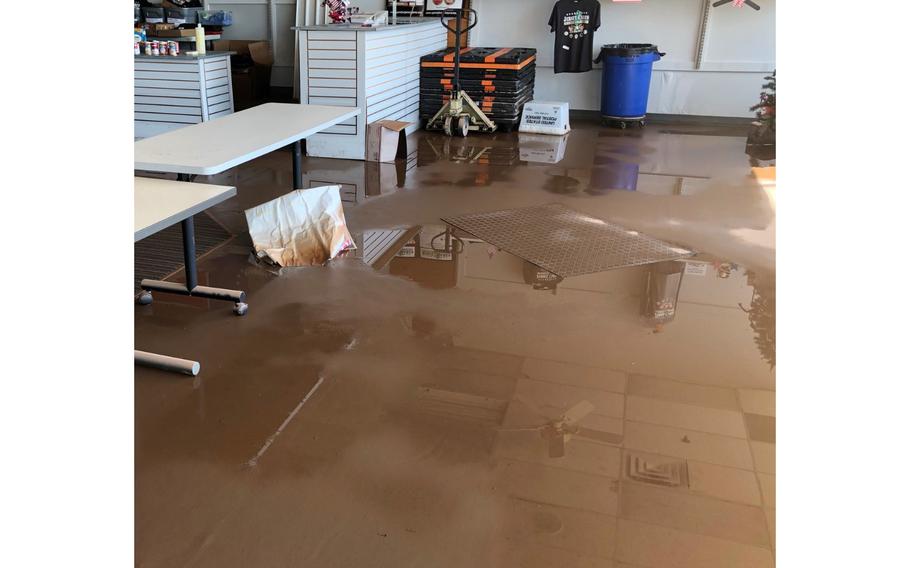 Operation Jersey Cares, a nonprofit based in Raritan Borough, saw water rise about 4½ feet in its 4,500-square-foot headquarters site at the Raritan Mall. (Facebook)

(Tribune News Service) — An organization supporting active members of the military, veterans and their families that was heavily impacted by the remnants of Hurricane Ida is looking for donations.

Operation Jersey Cares, a nonprofit based in Raritan Borough, saw water rise about 4½ feet in its 4,500-square-foot headquarters site at the Raritan Mall, said Dana Gooditis, the group’s secretary who also runs its fundraising efforts.

When the water receded, debris was scattered across the building and mud was splayed across the floor. The group salvaged some metal tables they could clean off with water, but everything else was ruined and they were forced to evacuate, Gooditis said.

“We are basically devastated,” she told NJ Advance Media. “We have nothing.”

The storm also knocked down a refrigerator, which floated to a new location in the building, and destroyed the group’s products, Gooditis said, which is used in care packages for the military.

Since Ida wiped out the organization’s collected donations, Gooditis said they are raising funds to replace items, along with accepting monetary donations. People can donate money online at their website, donate through the app Venmo, send a check by mail, or call with their credit card information.

Operation Jersey Cares not only sends care packages and needed items to active members of the military, but it also helps support veterans who return after deployment.

“If there’s a need that comes in, we find a way to fill it,” she said.

Gooditis said she estimates the group has lost tens of thousands of dollars in donations and damaged property, but since the nonprofit doesn’t own the building or pay rent, she’s not sure if they are entitled to any recovery funds.

As of right now, the group is working out of a small barn in nearby Hillsborough, until they find a new permanent location. Donations can be arranged to be picked up at people’s homes or the former headquarters.

“Our organization is enormous and if we stop, we have a problem,” she said.