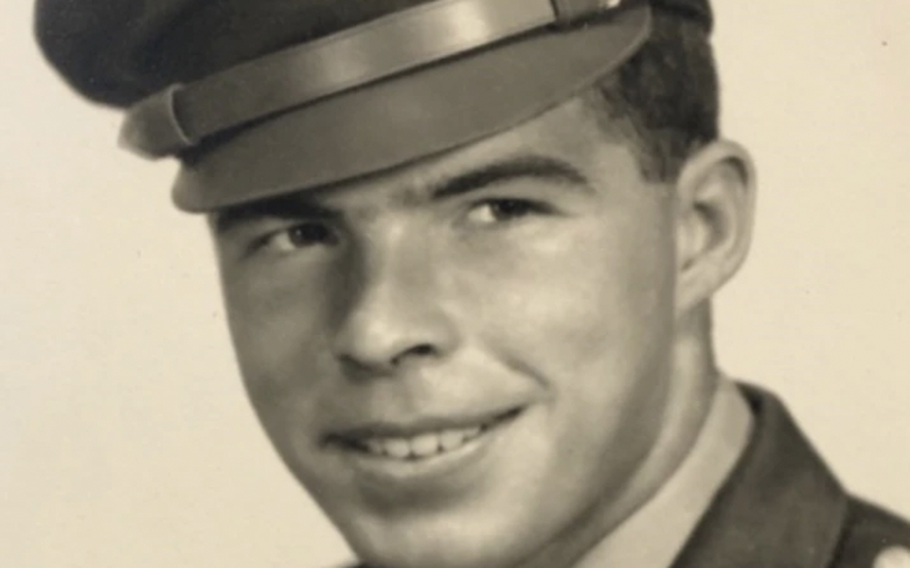 The remains of 1st Lt. Thomas J. Redgate will be interred at the Massachusetts National Cemetery on Sept. 17, 2021. (Defense POW/MIA Accounting Agency)

(Tribune News Service) — U.S. Army 1st Lt. Thomas J. Redgate, a native of Boston and a soldier killed during the Korean War, will finally be put to rest this week after 70 years missing in action.

Redgate was a member of Battery A, 48th Field Artillery Battalion, 7th Infantry Division, when he was reported missing Dec. 11, 1950, after his unit was attacked by enemy forces near the Chosin Reservoir in what’s now North Korea. His remains could not be recovered after the battle, said officials from the Defense Prisoner of War/Missing in Action Accounting Agency.

Redgate’s remains were turned over by North Korea on July 27, 2018. He was accounted for by the accounting agency on April 16, 2020, after his remains were identified using circumstantial evidence and anthropological, mitochondrial DNA, Y chromosome and autosomal DNA analysis.

Redgate was raised in the Brighton neighborhood of Boston, along with several siblings, including Irene Bloniarz, who went on to raise a family in Springfield.

Her sons Peter and David Blonairz told The Republican last year their siblings and many cousins grew up hearing about their uncle. Each of their families always displayed at least one photograph of Redgate in their homes. Both said they were relived to learn that his remains had been returned.

“This is the honor he deserves, and, after 70 years, he is finally coming home,” Peter Bloniarz said.

Redgate will be interred at the Massachusetts National Cemetery on Friday. Funeral services will be at Lehman, Reen, McNamara Funeral Home in Brighton preceding the interment.