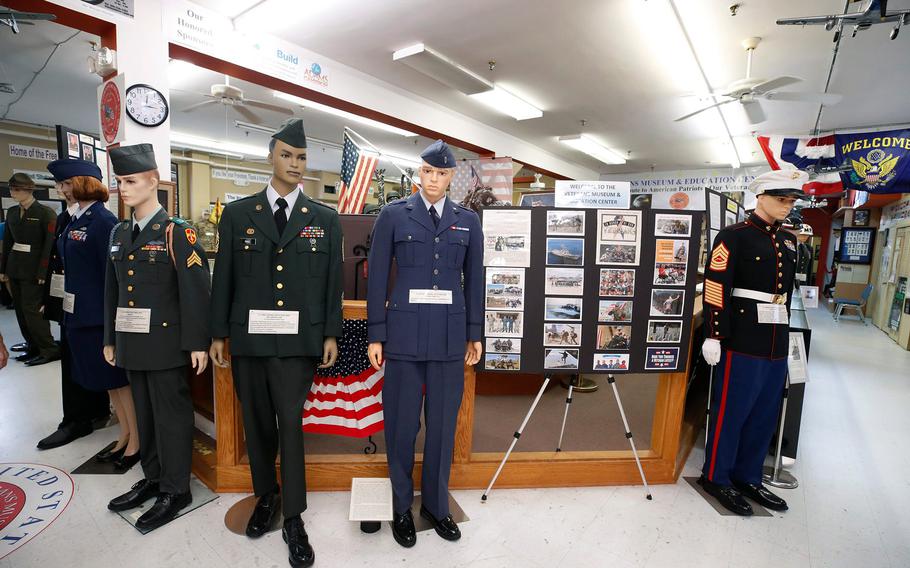 The Veterans Museum and Educational Center that was located on Beach Street, and then moved to the Disabled American Veterans building in Holly Hill, is coming back to Daytona Beach. The museum that has thousands of war artifacts, everything from a piece of a Japanese fighter plane found at Pearl Harbor to a brick from the Hanoi Hilton, will be located in the Cornelia Young Library building on the beachside. (Nigel Cook, The Daytona Beach News-Journal/TNS)

The little museum with thousands of war artifacts has moved from Ormond Beach to Daytona Beach to Holly Hill. The nonprofit organization's leaders always wanted to be headquartered in Daytona Beach, and now that's about to happen.

At their meeting Wednesday night, city commissioners agreed to lease the city-owned Cornelia Young Memorial Library to the veterans museum for the next 20 years.

The new lease agreement ends a protracted battle for the museum's leaders, who lobbied hard for a few years to move into the city government-owned recreation center on City Island across from Jackie Robinson Ballpark.

The deteriorating building a half block east of Beach Street was built in 1943 to give soldiers, the Women's Army Auxiliary Corps and locals a place overlooking the Halifax River to dance and have fun. In recent decades the structure slid into disrepair, and since it was boarded up in 2012 it's been plagued with mold, water damage, buckling floorboards and peeling paint.

The military museum's leaders pleaded for a chance to fix up the wooden-floored rec center that had been used for everything from square dancing to elections to public meetings. But last year only two city commissioners expressed an interest in sinking money into the concrete block structure. 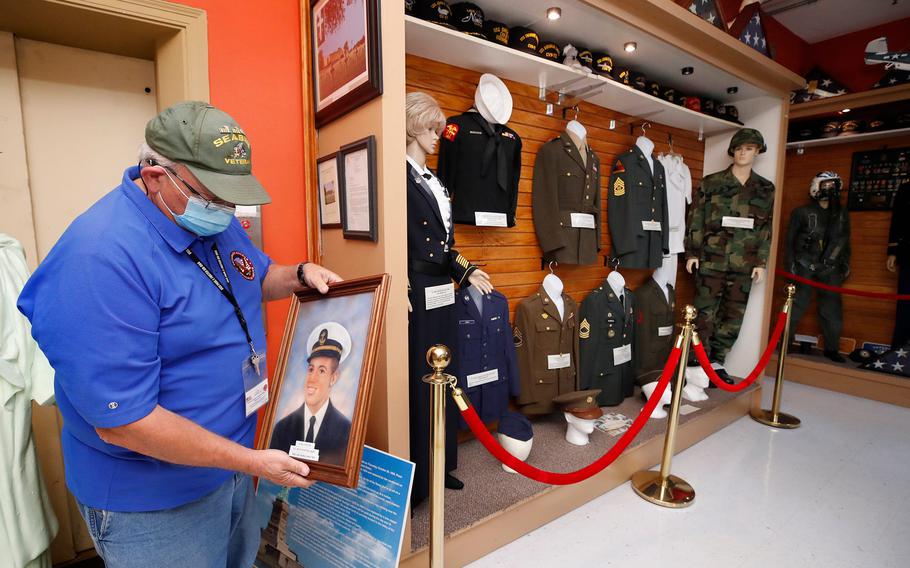 The Veterans Museum and Education Center has finally found a permanent home in the historic Cornelia Young Library in Daytona Beach. Pictured is museum volunteer Richard Lyons getting artifacts ready for the move out of the museum's old Beach Street location last year, when the nonprofit moved to Holly Hill. (Nigel Cook, The Daytona Beach News-Journal/TNS)

The veterans museum was originally housed in 400 square feet of exhibit space at Ormond Beach City Hall. Then in 2016 the museum moved to the second floor of the Tic Toc shop building on Beach Street in downtown Daytona Beach, where it had 1,800 square feet of display space.

The Tic Toc shop owners told museum leaders a few years ago they were going to need the space back, and the veterans reluctantly moved to Holly Hill last fall when it was time to go.

The museum struck a deal to take over much of the Disabled American Veterans building on 8th Street in Holly Hill, located a short distance south of LPGA Boulevard between Nova Road and Ridgewood Avenue.

They thought they had finally found a place where they could settle in for at least three to five years and spread out their constantly growing collection of war treasures for all to see.

They have rifles from the Revolutionary War, War of 1812, Civil War, World War I and World War II. They also have a brick from the Hanoi Hilton, an internment camp in North Vietnam where American prisoners of war were held, interrogated and tortured in the 1960s and 1970s.

Also in their collection is a Japanese fighter plane found on Ford Island, the center of the attack on the U.S. Pacific Fleet at Pearl Harbor on Dec. 7, 1941. And they have Communion cups made out of 50-caliber bullets, as well as a desk used by Douglas MacArthur, the American five-star general who commanded the Southwest Pacific forces during World War II.

Now they have 3,867 square feet of space inside a permanent home for their many remnants of American military service and conflicts.

They'll operate out of the one-story building located on the southeast corner of Peninsula Drive and Vermont Avenue. The century-old library is located on the beachside one block south of East International Speedway Boulevard.

When their current lease ends in September 2041, they'll have an option to renew for another 10 years.

Their rent will be no problem to cover: $10 per year. But the museum's leaders will be responsible for the building's interior and exterior maintenance, utility bills and some insurance coverage.

'It's an excellent, excellent resource'

The museum's new home was originally built in 1916 by Civil War Capt. Charles Young. He donated the property to the city in memory of his late wife.

Covenants in the building's original deed dictated that the structure was to be used as a library in perpetuity. If it was ever used for anything else, ownership and control was to be returned to Young or his heirs.

In the 1970s, Volusia County took over operation of the library, but the city maintained the building and city ownership continued.

In 1992, the library was added to the U.S. Register of Historic Places. The library remained in full operation until 2010, when county government budget cuts forced the doors to close.

It didn't appear the property would be used as a library any longer, so the city spent a few years searching for Young's heirs. None of his relatives could be located, and in 2013 city commissioners approved a measure allowing the building east of the Halifax River to be used for weddings, parties and meetings.

"There are no claims to return (the library) to the family and exercise the reverter," City Attorney Robert Jagger said at Wednesday night's City Commission meeting.

Deputy City Manager Jim Morris also noted that the veterans museum will house books, research items and displays and will function as an educational place — all similar to a library.

"We are an educational center," Rosa said. "We have a large number of books and movies."

State Sen. Tom Wright was at the meeting, and he told commissioners he would work with the Florida Department of Transportation to try to get signs on the interstate directing people to the new museum location.

Mayor Derrick Henry said the museum has been highly ranked on Tripadvisor.

"This is giving people something to do when they come to Daytona Beach," he said. "It's an excellent, excellent resource for our young people and for all."

"We need to have the world's most famous war museum," Wright said after referencing Daytona being the World's Most Famous Beach.