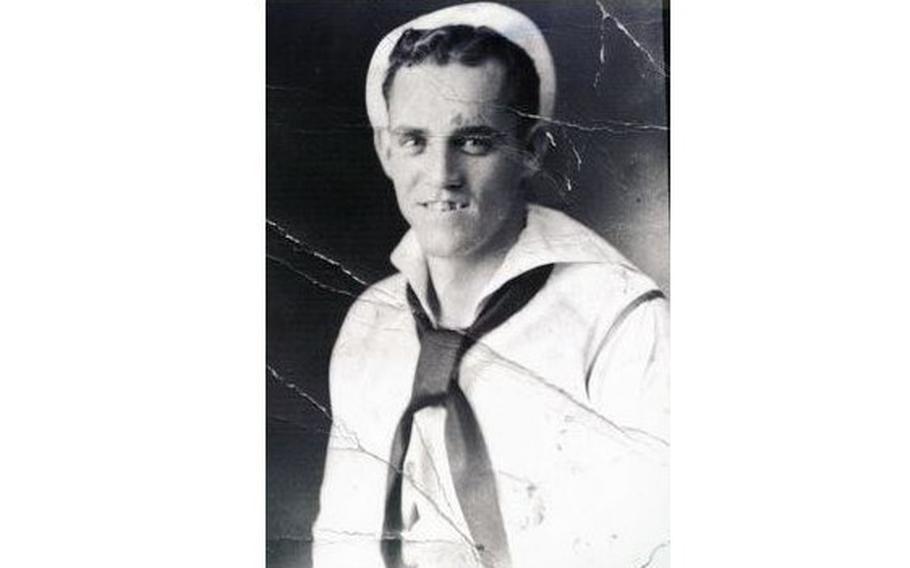 (Tribune News Service) — As the nation learned more about the military personnel killed in Thursday’s suicide bombing at the Kabul airport, a family in Boaz, Ala., laid to rest a young sailor killed almost 80 years ago in the attack on Pearl Harbor. The site of the fight and the weapons of war may be very different, but the sacrifice was the same.

Navy Fireman 2nd Class Ralph Curtis Battles, 25, was on board the USS Oklahoma Dec. 7, 1941, and for decades he’s been buried as an unknown in the National Memorial Cemetery of the Pacific, nicknamed “the Punchbowl.”

Battles was born June 7, 1916, nephew Ralph Shell said in his eulogy Saturday. One month earlier, the USS Oklahoma, where Battles served, was commissioned, he said.

Shell said none of the family members present Saturday had the opportunity to know Battles. “He was taken too soon. But we knew him,” he said, through family members who did and had told of the young sailor’s death.

The USS Oklahoma was on Battleship Row that morning in Hawaii when the Japanese Empire attacked. As many as eight torpedoes struck the ship. Battles was one of 388 sailors and Marines trapped when the Oklahoma capsized.

Shell said it was 18 months before the Navy refloated the ship to recover the men who died there. Hundreds were buried as unknowns, but in recent years efforts have been made to identify and repatriate service members.

“It was amazing they could find us,” Roden said.

Still, Roden said, it was hard for the family to think that after so long, Battles could be coming home. Then earlier this year, she said, she was contacted again and asked for a phone number for Battles’ oldest living male relative. She didn’t have that cousin’s phone number, she said, so she provided the next oldest’s.

She got a call later from Shell. “He said, ‘You know, I get the feeling they may have found him,’” she recalled. As it turned out they had, and efforts to arrange the repatriation began. 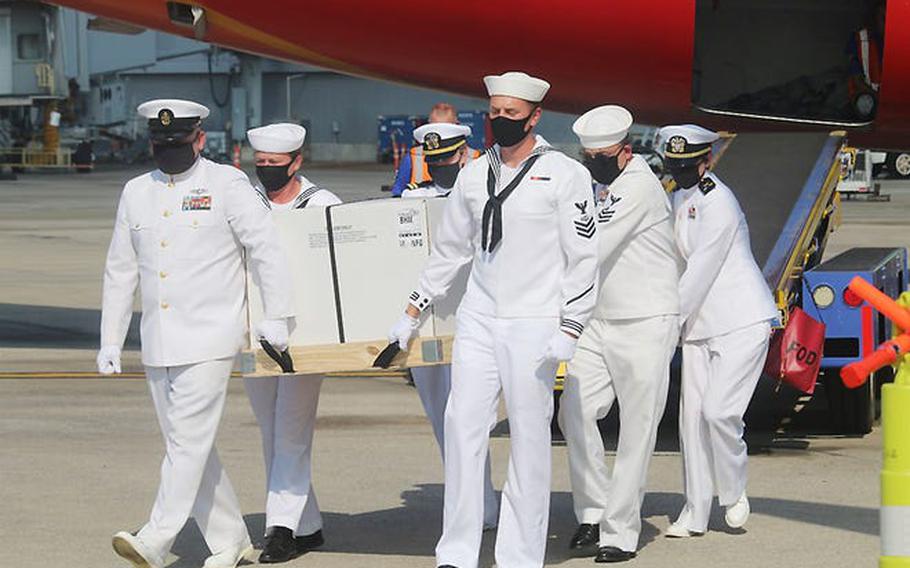 Full honors were accorded when the body of Navy Fireman 2nd Class Ralph Curtis Battles was returned to Alabama, landing Aug. 24, 2021, at Birmingham-Shuttlesworth International Airport. Battles died Dec. 7, 1941, in the attack on Pearl Harbor. (Courtesy of the Birmingham Airport Authority)

Roden said some time after Battles’ parents, the late L.E. and Beulah S. Battles, were notified of his death, they placed a headstone and foot marker for him at Hillcrest Cemetery. Later, they were laid to rest beside that plot. And later, one of his sisters was laid to rest in an adjoining plot. When another sister passed, she was buried in the gravesite marked for Battles.

Family members decided to have Battles cremated, and to bury the container holding his cremains with his parents and sisters.

That was done Saturday, with full military honors provided by the United States Navy Honor Guard Rear Adm. Ann Duff. The Patriot Guard Riders provided an escort from McRae’s Funeral Home to the cemetery, where flags lined the path from the cemetery gate to the gravesite.

The Alabama Society of the Sons of the American Revolution Color Guard posted the colors and led the Pledge of Allegiance before the graveside service.

It has been an emotional experience for the family. Roden said on Tuesday, when Battles was flown into Birmingham-Shuttlesworth International Airport, about 15 family members went to watch as he was brought off a plane with full honors, to be transported back to Boaz.

“The pilot came off the plane,” Roden said, and told the family what an honor it was to bring Battles home. “He was crying — he got everyone crying,” she said. “He said he was happy to be a part of it.”

Like Shell, Roden said family members shared the story of what happened to Battles. She said her father, the youngest brother, didn’t speak of him much, but others did. Still, she wishes she’d asked more questions. One of Battles’ brothers was a lieutenant commander in the Navy, she said, and she wished she asked him more about her uncle Curt.

“When you’re young, you just don’t think of things like that,” she said.

Battles never married, Roden said, though one sister had recalled a letter he wrote, sharing his plan to propose to a young woman when he came home.

Since plans for the funeral were made public, Roden said a woman from Guntersville had contacted her. The woman’s grandparents had been friends with her grandparents, and in cleaning out their house she’d found a postcard Battles sent.

“She said her husband told there that was something they might want to hold onto,” Roden said. She said she was told the card was dated the day he died.

According to Lt, Cmdr. Jory Morr, POW/MIA Branch Head of the Navy Casualty Office, 346 USS Oklahoma sailors had been positively identified as of July 22.

Even after almost 80 years, he said he believes it’s important to identify and repatriate those long listed as unknown.

Briefing families, Morr said, he often hears “we did not believe he was dead” or “probably he was not on board the ship.” Some families are left thinking “maybe one day he would walk through the door,” he related.

Being able to recover and identify the remains of sailors can aid in closure for families, Morr said, and it is especially important to the Navy to honor these sailors who paid the ultimate sacrifice and gave their lives for our country.

Battles enlisted in the Navy on July 5, 1940, according to information provided by Navy Personnel Command. He reported to the USS Oklahoma on Nov. 5, 1940, and transferred to Pearl Harbor.

As a Navy fireman, Battles would have been responsible for standing engineering watches while the ship was underway and for performing minor maintenance repairs — not fighting fires. They also stand power plant and ship security watches in port and, while underway, ensuring all safety standards are met with any associated engineering machinery.

Visit The Gadsden Times, Ala. at www.gadsdentimes.com