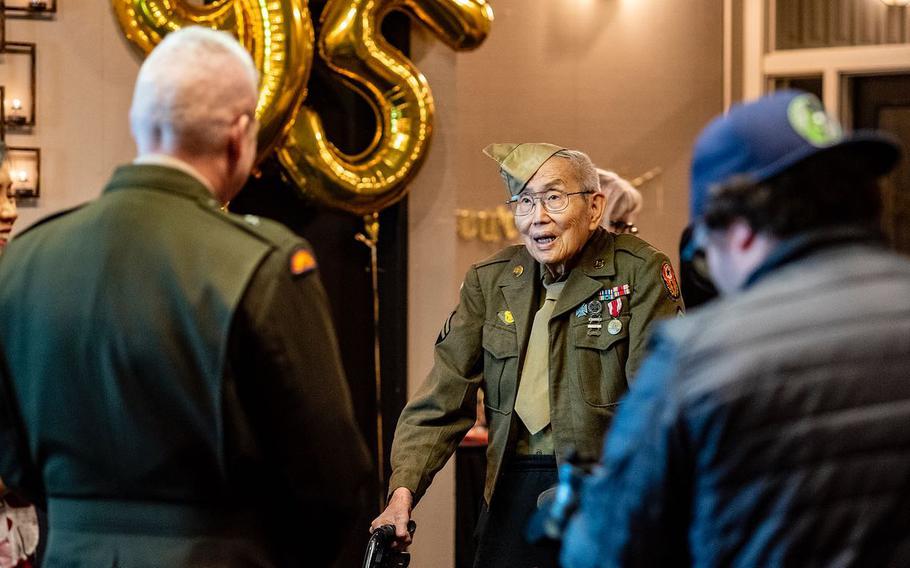 Fred Cheong Lee is shown at his 95th birthday party in 2019, where he received his Congressional Gold Medal certificate. (Oregon Military Department Facebook)

BEAVERTON, Ore. (Tribune News Service) Fred Cheong Lee, of Beaverton, who in 2019 was awarded the Congressional Gold Medal for his service in World War II during a time of severe discrimination against Chinese Americans, died at 96, according to an obituary published by The Oregonian/OregonLive.

Lee, wearing the same Army uniform he wore 70 years earlier, learned of the award when he arrived for a surprise party for his 95th birthday in 2019, according to a report by KPTV.

A special design of the Congressional Gold Medal, the “highest expression of national appreciation for distinguished achievements and contributions” was made to honor Chinese American veterans of World War II. The project to honor the veterans was created by an act of Congress.

In a Facebook post marking the event, the Oregon Military Department said: “Lee volunteered for service on his 18th birthday, leaving behind his college education at OSU. He was attached to the 680th Technical Services Typographic Company, a group of 120 soldiers responsible for creating and disseminating daily updated battlefield maps for General George S. Patton in the European theater.”

Lee was born in Portland’s Chinatown and named after the doctor who delivered him, the obituary said.

After returning from the war Lee returned to Oregon State University and earned a masters degree in engineering, the Military Department said. A service with military honors will be held Thursday at Willamette National Cemetery. Seating is limited.