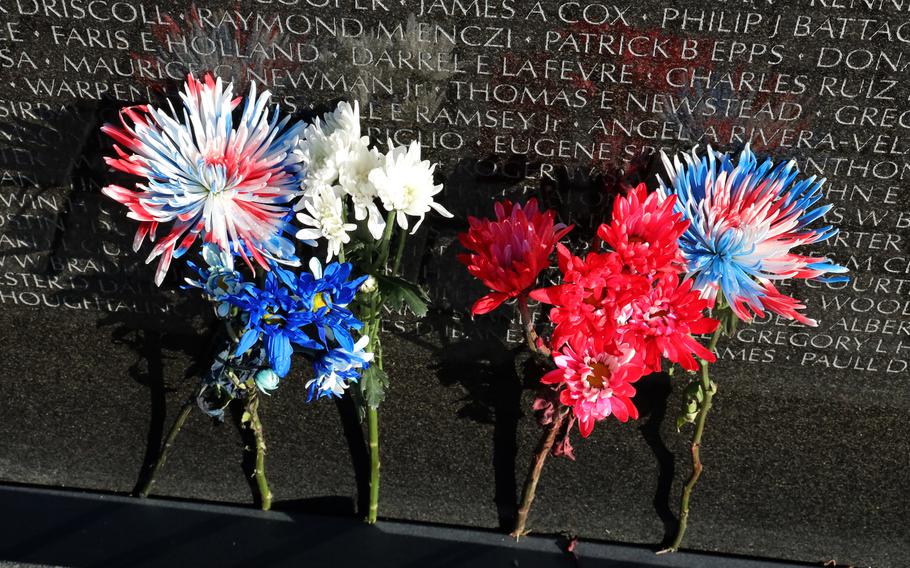 HANOVER TOWNSHIP, Pa. (Tribune News Service) — It's been 55 years since Sidney Katz borrowed fifty dollars from Frank Glowiak, but the debt has finally been repaid.

However, this is about much more than repaying the loan — it's about honoring a hero.

Glowiak was a young soldier in 1966 when he went off to war in Vietnam, never to return: He was 20 when he was killed in action, and his family has mourned his loss ever since.

Glowiak's sister, Rosemary Gawat, related a story about her brother that showed the kind of person Frank Glowiak was and how highly regarded he was — he was far more than the first resident of Plymouth to be killed in Vietnam.

Gawat said her brother was killed in Vietnam on Oct. 27, 1966. She said she has been in touch with several of the men from his platoon. But recently, Gawat was contacted be one of the men in her brother's unit.

The man's name is Sidney Katz, who shared an amazing story with Gawat about Glowiak.

It seems Katz had borrowed $50 from Glowiak before he went out into the field for the last time. Katz never got to re-pay the debt to Glowiak.

And that bothered Katz for years — decades passed before he decided he had to make good on the loan.

A few years ago, Katz attended a reunion of the U.S. Army's 5th Battalion 7th Cavalry and met a fellow soldier who had visited Glowiak's grave in St. Mary's Cemetery in Plymouth Township and had connected with Glowiak's sister, Gawat.

Katz met up with Ray Dowdy, who was in the same unit, who had previously reached out to Glowiak's family. Dowdy gave Katz Gawat's phone number. Dowdy, who now lives in southern New Jersey, has visited Glowiak's grave twice and is planning a third visit soon,

"Frank was the perfect soldier," Dowdy said. "We went through basic training together and we were in Vietnam together."

Soon after the reunion, Katz decided to reach out to Gawat.

"Mr. Katz contacted me and said he was on a mission to return the money he borrowed from my brother," Gawat said. "He said he wanted to give it to Frank's family. Mr. Katz told me he had been carrying this burden for over 50 years."

Gawat said her brother's anniversary of his death will be 55 years this October.

"And Mr. Katz told me he needed to pay the money back and that he wanted me to do something in Frank's name," Gawat said.

Gawat said she is deciding where to donate the money, but it will be given to help veterans. "I think it's important to do the best we can for our veterans," she said. "I have volunteered for several veterans' organizations over the years. It's very important to me that veterans get everything they deserve. they earned that."

Gawat said she wanted to tell the story and she wanted people to know about her brother. She hopes the story will receive national attention.

Here is what Sid Katz wrote in the card to Gawat:

Peace has victories, but it takes brave men like Frank to win them.

My heroes are like Frank, who risked their lives for something bigger.

A hero is something bigger than oneself.

Thank you Frank, and rest in peace.

Katz now lives in Yelm, Wash. He retired after serving for 30 years in the Army.

Asked why he borrowed the $50 from Glowiak, Katz said he needed the money just to buy things at the Post Exchange."

"Frank was the first guy killed in our battalion," Katz said. "In training, we were told to never go down the same trail twice. On that day, we went down a trail and came back the same way and we got hit."

Katz and Glowiak went through basic training together. Katz was from upstate New York. He said he and Glowiak became friends and would eat together every day while training.

Katz said the debt he owed Glowiak stayed with him throughout life and he had to get it resolved.

"I wanted to pay it back and I wanted Frank's family to do something in his memory and honor," Katz said.

Mrs. Gawat said she will finally be able to close the book on her brother's military service.

"This is the final chapter," she said.

Rosemary Gawat said her father, Frank Sr., died from injuries he sustained when he fell off the roof of the family home on Gardner Street in June 1966 — the year of Plymouth Borough's Centennial. She said her brother came home from the Army to attend his father's funeral. The family requested that Frank be honorably discharged from the service, since he was the only male child in the family, but that request was denied. Glowiak was killed just four months later.

Military service: Glowiak was drafted into the Army. He entered the service via Selective Service and he served during the Vietnam War.

He began his tour on Aug. 2, 1966. Glowiak had the rank of Specialist Four. His military occupation or specialty was Light Weapons Infantry.

Memorial: Glowiak is honored on the Vietnam Veterans Memorial in Washington DC. His name is inscribed at VVM Wall, Panel 11e, Line 118.