Retired Navy Capt. ‘Robbie’ Roberts, one of the oldest surviving veterans of WWII, dies at age 107 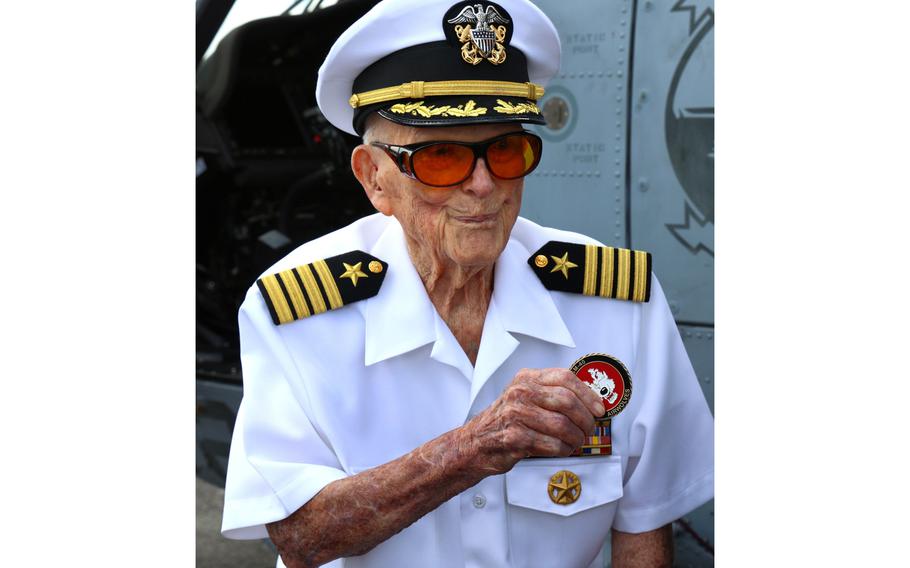 “He lived an amazing, amazing life,” said Warren, 71, of Maitland.

Roberts, stationed in the Philippines when Pearl Harbor was attacked in December 1941, earned 15 medals over a 24-year military career during which he saw action in World War II and then Korean War. He flew missions over the Pacific Ocean in search of Japanese fighters and supply ships.

At the time of his death, he was a resident of Allegro Senior Living in Winter Park, which feted him on his birthday in April.

While Roberts was recognized as the oldest active member of the Navy League, a nonprofit civilian and advocacy organization founded in 1902 to support America’s sea services, his place among the oldest veterans of World War II is uncertain because no verified list has been published.

The National WWII Museum in New Orleans does not have a reliable list of veterans age 100 or older, said Keith Darcy, a museum spokesman.

A year ago, the U.S. Department of Veteran Affairs estimated 325,574 US veterans of WWII were still alive, including about 31,000 in Florida.

The oldest WWII veteran, Lawrence Brooks of Louisiana, will mark his 112th birthday on Sept. 12. He was vaccinated against COVID-19 in February.

In an interview with the Orlando Sentinel in April, Roberts said he signed up for duty after hearing a radio commercial about the Navy’s search for aviators while playing poker with some friends. On the third day of World War II, he was shot down but survived by landing the damaged aircraft on the water.

A lieutenant commander later mistakenly listed the 27-year-old pilot as missing in action, presumed dead, as many airmen were.

Roberts met his first wife, Ginnie, in San Francisco as the war was ending. They married two weeks later and spent 22 years traveling the world.

Then in 1969, he married his stepson’s mother, Gloria, who was a widow. They had met in a military community in South Carolina.

They moved to Central Florida in 2005 to be closer to her children. She died in 2006 at age 83 of Parkinson’s disease.

Roberts kept photographs of both of his loves on his apartment wall.

His stepson said Roberts will be interred beside Gloria at the Florida National Cemetery in Bushnell, arrangements the retired captain made.

As his eyesight faded with age, Roberts said he could still see the faces of his wives.

He also said he sometimes remembered the view of Earth from the sky — a memory he cherished, though it was from wartime.

“Even what’s terrible on the ground is beautiful from above,” Roberts said.