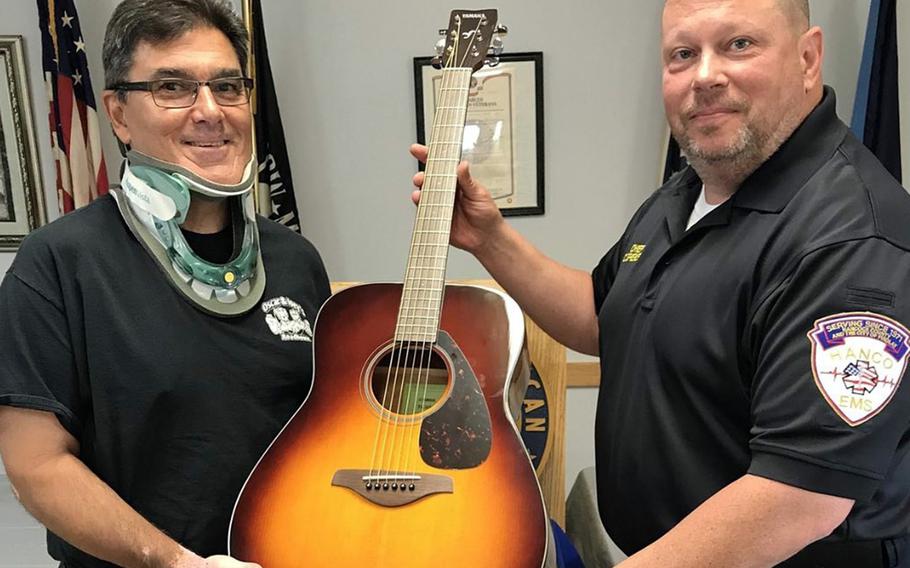 A self-described “Army brat” in Virginia is collecting military-themed limericks to raise money for a charity that helps veterans overcome post-traumatic stress disorder through music.

Gary Hunt, 71, a part-time handyman in Roanoke, Va., said his charitable effort was inspired by the work of doctors, nurses and volunteers creating handsewn masks during the coronavirus epidemic.

Furloughed from his maintenance job in March 2020, he set on the idea of creating a book of limericks — humorous five-line poems with a rhyme scheme — about life during the pandemic and selling copies to raise money for a cause.

He compiled two books and raised $1,200 for Kids Soar, a program to lift kids in Roanoke out of poverty through literacy, and $1,250 for 3rd Street Coffee House, a nonprofit, church-basement venue for live music in the city.

For his third act, Hunt is planning to publish the book of limericks, with proceeds going to Guitars For Vets, a Wisconsin-based organization with chapters across the country. Its volunteers teach veterans to play guitar as a form of therapy and gives them one to keep.

“The way it works, if you send me a limerick, whether if it’s good or bad, I’ll put it in the book,” Hunt told Stars and Stripes by phone Wednesday. “Just about everyone who has a limerick with their name in the book will hopefully buy a copy or two.” 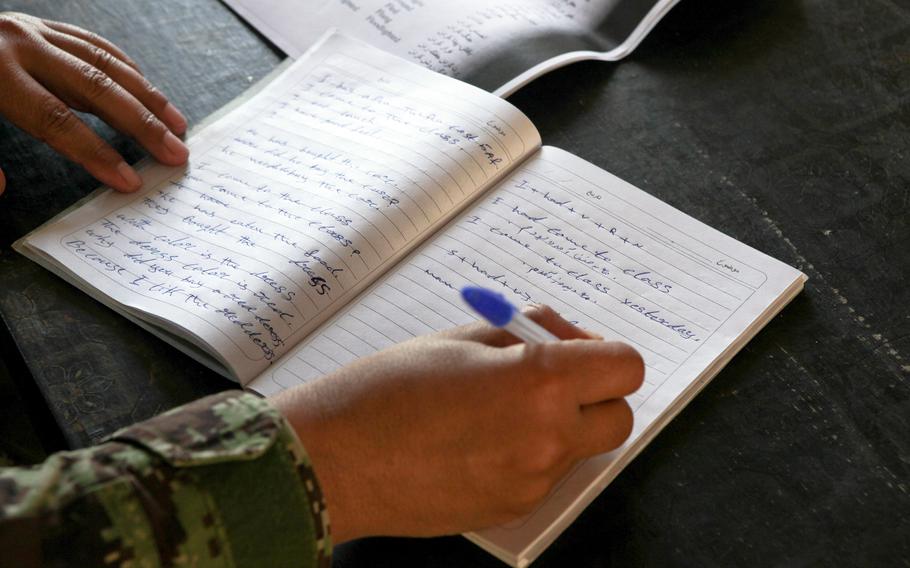 For example, Hunt has written a limerick about his father, Walter Hunt, a career Army sergeant who served at Omaha Beach on D-Day in World War II and also taught Elvis Presley to drive a tank at Fort Hood, Hunt said.

“At Fort Hood, where Elvis got sent. My dad was his drill sergeant. No autograph for me. Sergeants don’t ask, you see. Then, Germany is where he went.”

Hunt needs at least 100 limericks before he can send the book to publication. Proceeds from sales, after deducting publishing costs, will go directly to the charity. The books sell for $6, preordered, and $10 afterward.

He can compile the book in about three months, provided he collects the enough limericks.

His chosen charity, Guitars4Vets, for $200 provides 10 weeks of music lessons and one guitar for the veterans in its program, according to its website.

Air Force Master Sgt. Robbie Arp, of Defense Media Activity at Fort Meade, Md., has volunteered as an instructor for the Washington, D.C., chapter for 2 ½ years, he told Stars and Stripes in a Facebook message on Tuesday.

“What I like most about working with Guitars for Vets is the ability to give back and see the guitar become such a positive, healing tool in my students’ lives,” he said. “Watching them overcome challenges and gain new skills is really powerful.”

Hunt said he’s already composed about a dozen limericks to get the book started.

“Writing limericks is no idle pastime,” he said. “Helps to keep your brain in its prime. It takes all your wits, to arrange all the bits. Lines one, two, and five have to rhyme.”

Those with military-themed limerick to contribute or who want to order the book can email Hunt at bookbagsanta@verizon.net.