‘Every day is a gift’: 102-year-old veteran keeps his quest to visit all 50 states going 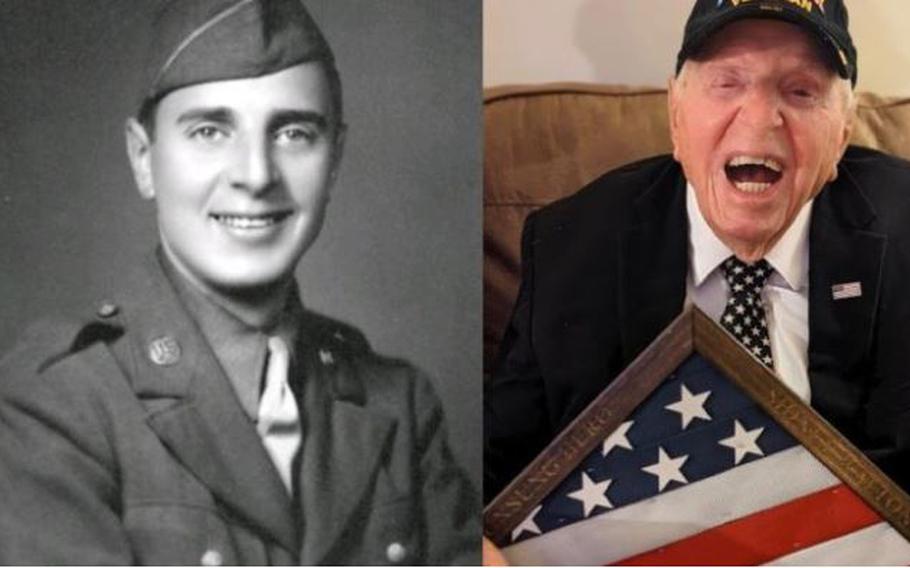 Veterans are the link to our past, helping ensure our future doesn't forget.

Sidney Walton, 102, always regretted not taking the opportunity to meet Civil War veterans at the 1939 World's Fair in New York City where he grew up, and as a World War II veteran he wanted to make sure people didn't live with that same kind of regret.

Three years ago, Walton set off on his "No Regrets Tour," a 50-state journey to allow people to meet a veteran of WWII before it's too late. He's also meeting with all 50 governors along the way. Now, with 13 governors left to meet, Walton and his team are spending this weekend in Bloomington, Ind., before heading to Iowa to see Gov. Kim Reynolds.

Walton's son, Paul, 65, has been helping Sidney since the beginning of the tour, and when he asked his dad why he joined the Army in March of 1941, eight months before the attack on Pearl Harbor, he simply responded "to fight Hitler." 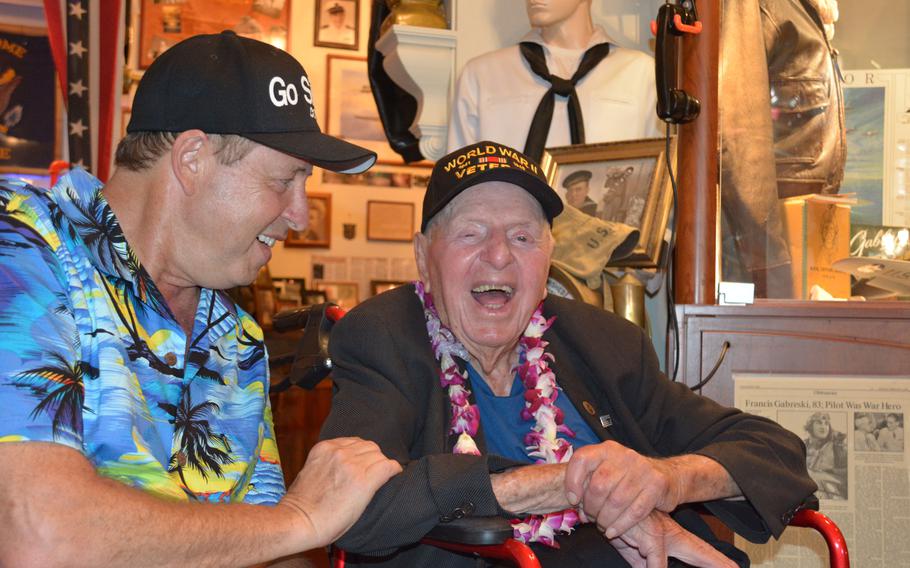 Buy Photo
World War II veteran Sidney Walton, shown at the age of 99, and son Paul share a laugh during a stop at the Home of the Brave Museum, Honolulu, Oct. 5, 2018, shortly after meeting with Hawaii Gov. David Ige. (Wyatt Olson/Stars and Stripes)

Paul Walton, who has been taking care of his father for the past 12 years, said it's important to learn the history of events like World War II from people who were there because history always seems to repeat itself.

"I feel that the more people that meet a World War II veteran and understand what really happened in World War II, I think people are going to be less likely to want to start World War III," Paul said.

Sidney has been honored numerous times during his tour and was one of four World War II veterans honored at Super Bowl LIV in 2020. He's also met the last three presidents, celebrated his birthday on the Today Show and been featured on World News Tonight.

A lot has changed in the past three years, and so has Sidney's message. Originally, the money he raised went to his efforts to travel and educate, but last week in Miami, Fla., Sidney announced his new fundraising effort. From now on all the money Walton raises on his tour will go to the American Nurses Foundation in support of frontline healthcare workers during the COVID-19 pandemic.

The effort is dedicated to Capt. Tom Moore from the United Kingdom, who raised $46 million for healthcare workers by walking around his garden. Unfortunately, Moore died this February with COVID-19. Moore inspired Sidney, and his goal is to raise $1 more than Moore while finishing his tour.

The WWII vet has met with one governor, Alabama Gov. Kay Ivey, since he started the new fundraising project. In 2018 he met Indiana Gov. Eric Holcomb and was able to attend the Indy 500, so Bloomington is just a pit stop on the way to his Iowa visit.

While Sidney and Paul were outside of the Holiday Inn Express where they are staying, a man named Frank Worth, 76, noticed Walton's Buick, which is wrapped in a United States flag pattern and pictures of Walton and Capt. Worth, as well as QR codes that link to his fundraising efforts.

"We recognize and realize," Paul started, then Worth stopped him and said, "How lucky we are to be here." The two discussed what the world might look like if not for World War II veterans like Sidney.

In his efforts to meet with every governor in the country, Sidney has met lots of people from both sides of the political aisle. He was happy to meet with anyone regardless of political affiliation, and Paul said his dad has been willing to talk with anyone who crossed his path.

"This whole tour transcends all different ways of thinking, you know, different viewpoints," Paul said. "It doesn't matter to my dad. What matters is that we have a country to have these viewpoints. We have a country where you can be a Republican, or a Democrat or an independent, and dad likes everyone."

Paul said he doesn't know what he and his father will do after the tour, mostly because they don't know how long it will take to finish. One thing is for sure, Sidney and Paul are grateful for the time they have been able to spend together.

Paul said he never thought he would be doing something like this, and when the tour started he never thought it would last three years. While Paul was reminding his dad about everything he'd gone through, the duo traded I love you's and shared a hug.

"I'm just happy for every day," Paul said. "Every day is a gift to be able to spend time with my dad."