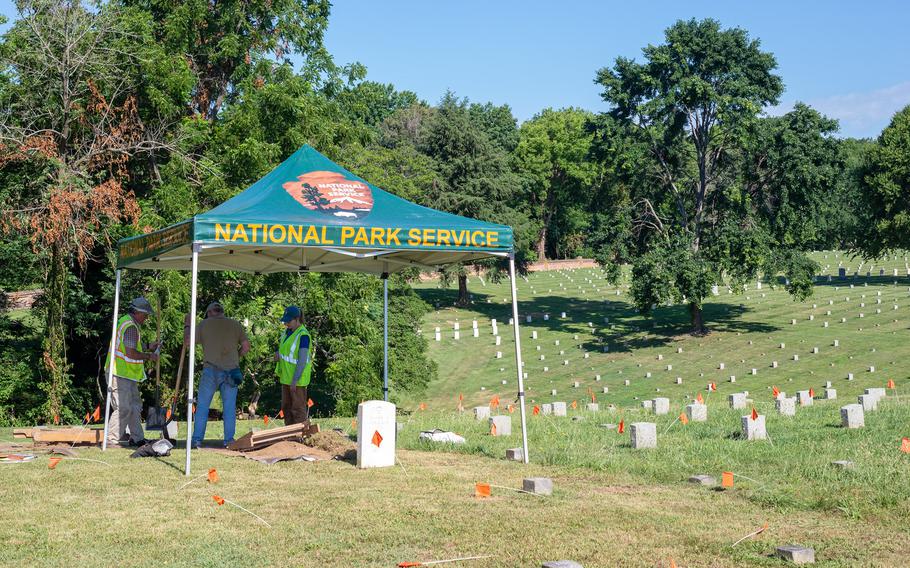 FREDERICKSBURG, Va. (Tribune News Service) — A Civil War cemetery in northern Virginia may soon host its first soldier burial in 76 years, after human remains were discovered on the grounds of a nearby battlefield hospital.

Archaeologists are looking for an available plot in Fredericksburg National Cemetery, which hasn't seen a veteran burial since 1945, according to the National Park Service. The burial is considered "proposed" until a suitable site if found, officials said.

"The new grave will be the final resting place for the unidentified remains of US soldiers found in the City of Fredericksburg in 2015," the military park posted Wednesday on Facebook.

"The remains were found near the Rowe — Goolrick House, which served as a hospital during the Battle of Fredericksburg."

Identities for the soldiers may never be known, but that is not unusual in an area known as "America's Battleground."

Fredericksburg National Cemetery was established in 1865 and "is the final resting place for more than 15,000 Union soldiers who died in the major Civil War battles that occurred between Washington, D.C. and Richmond, Virginia," according to the National Park Service.

Historians say the "constant presence or passage of armies for nearly two years mutilated the landscape" in the area around what is now Fredericksburg & Spotsylvania National Military Park. The region eventually became known as the place where "the Civil War roared to its bloody climax," the park service says.

"No place more vividly reflects the War's tragic cost in all its forms. A town bombarded and looted. Farms large and small ruined. Refugees by the thousands forced into the countryside. More than 85,000 men wounded; 15,000 killed — most in graves unknown," the park reports.

Ground-penetrating radar has been used used at the crowded cemetery to find an open spot among the hundreds of stone markers. However, an exact site for the burial has not been chosen, officials said.

"In this part of the process, the archaeologists need to make sure that the location of the proposed grave is clear of any other burials or archaeologically significant material," the park wrote.

"These efforts are ongoing, and are the result of much cooperation and careful planning. We will be providing more updates (as) the work progresses."