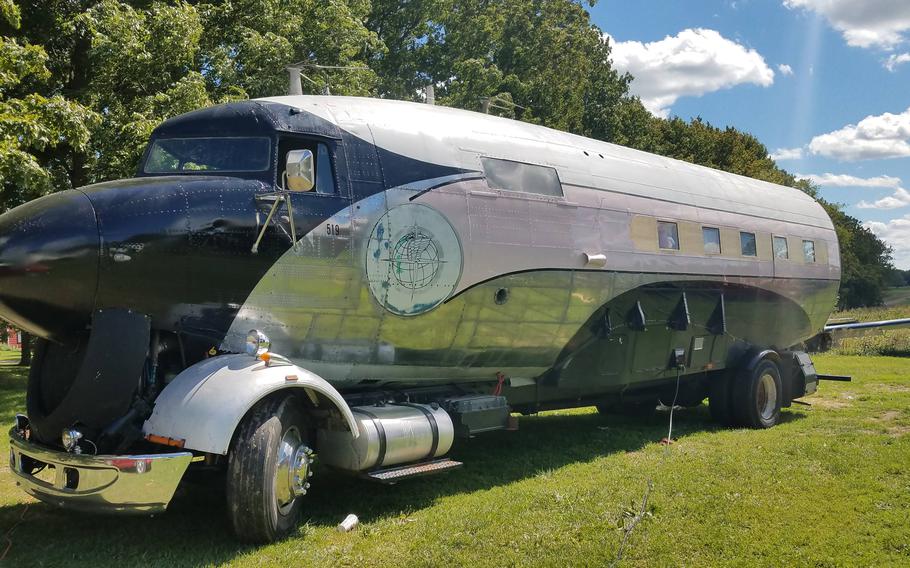 The Fabulous Flamingo, a World War II-era RD4 transporter plane that was converted into a motor home by Air Force retiree Gino Lucci, is 38 feet long, legal to drive in the U.S., and can reach speeds of up to 70 mph. (Gino Lucci)

Air Force retiree Gino Lucci’s motor home is 38 feet long, has a light pink streak down the sides — and is made out of an old R4D, the Navy version of the C-47 military transport plane.

The plane-turned-RV is a childhood dream of Lucci’s.

“My dad, who was a cabinet maker, had built a motor home when we were kids,” Lucci, who left the service as a master sergeant, said in a phone interview. “And I thought, ‘When I build my motor home,’ because I thought that’s what people do, build their own motor homes — buying one never crossed my mind — ‘I’m going to make one out of an airplane.’”

His son Giacinto, now 21, found the R4D, built in 1943, along with two other planes while searching satellite imagery. All three were once part of a fleet that belonged to air cargo services company Baron Aviation, but had been damaged in a tornado and were sitting on an airfield in Rolla, Mo.

Lucci tracked down the owner of the planes and told him he wanted to buy one of them.

“I told him it would never fly — there was a kink in the fuselage and corrosion in the tail — and I wanted to make a motor home out of it,” he said. 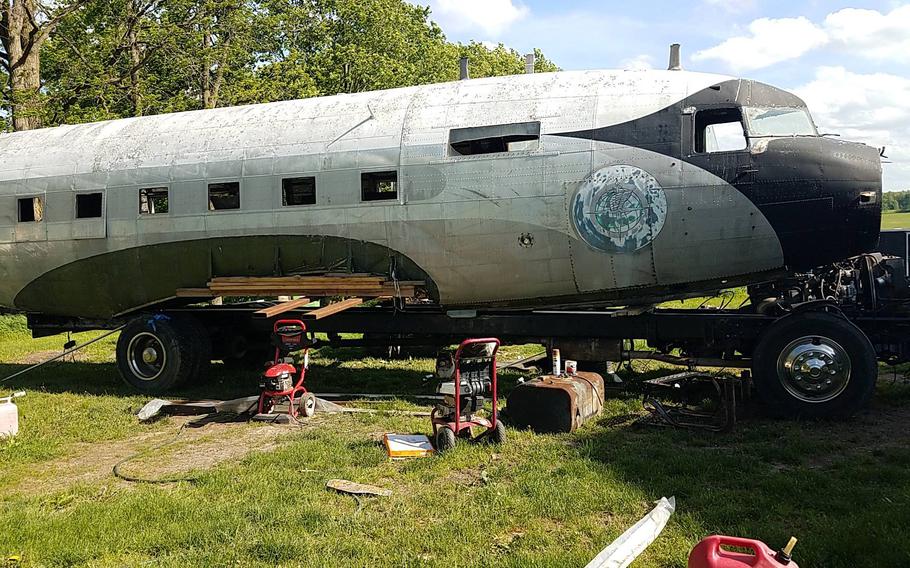 The R4D, the Navy version of the C-47 transporter, that retired Air Force Master Sgt. Gino Lucci bought in May 2019 and turned into a motor home, is 38 feet long, just under the maximum length allowed in the U.S. for a road vehicle. (Gino Lucci) 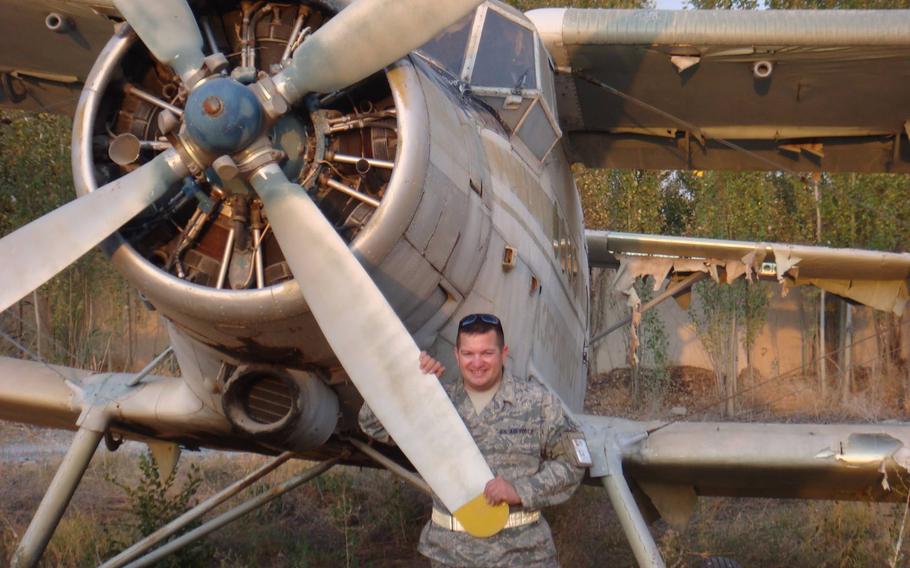 Then-Air Force Tech Sgt. Gino Lucci stands by a prop plane at Manas Air Base in Kyrgyzstan in 2010. Lucci, who deployed around the world during his 25 years in the service, retired in 2015. Four years later, he turned a World War II-era plane into a roadworthy motor home. (Gino Lucci) 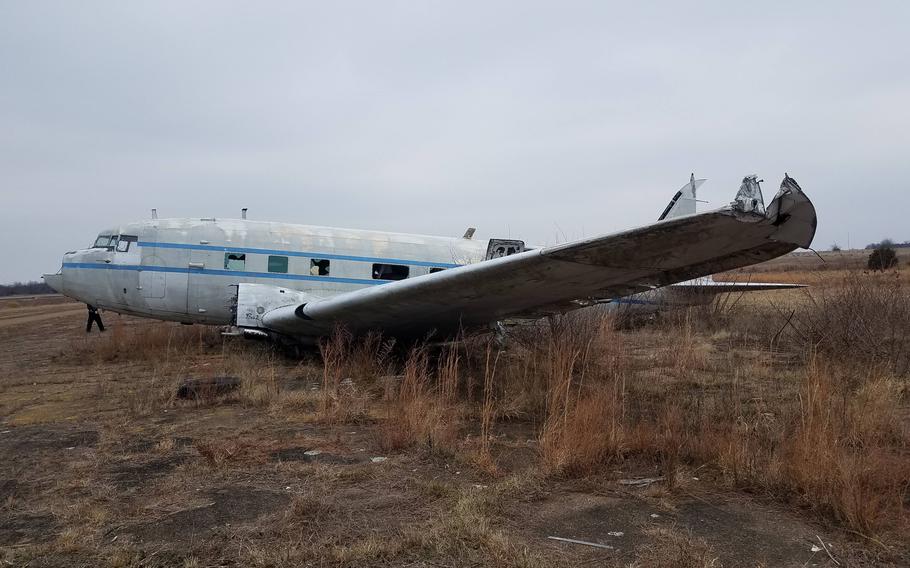 One of the airplanes that was sitting on an airfield in Rolla, Mo., the Ada Red, flew in several operations during World War II, including D-Day and Operation Market Garden. Gino Lucci bought Ada Red in 2020, a year after buying another plane that was in the field and transforming it into a motor home. (Gino Lucci) 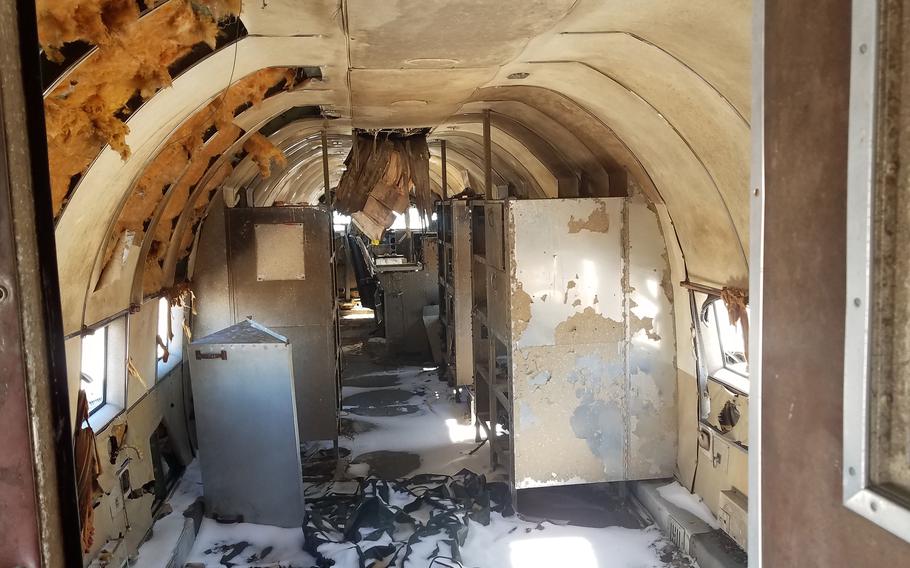 Gino Lucci and his son Giacinto gutted the inside of the World War II-era R4D that they bought in 2019, and turned it into a motor home. Most of the items inside the airplane-turned-RV were taken from other aircraft. (Gino Lucci) 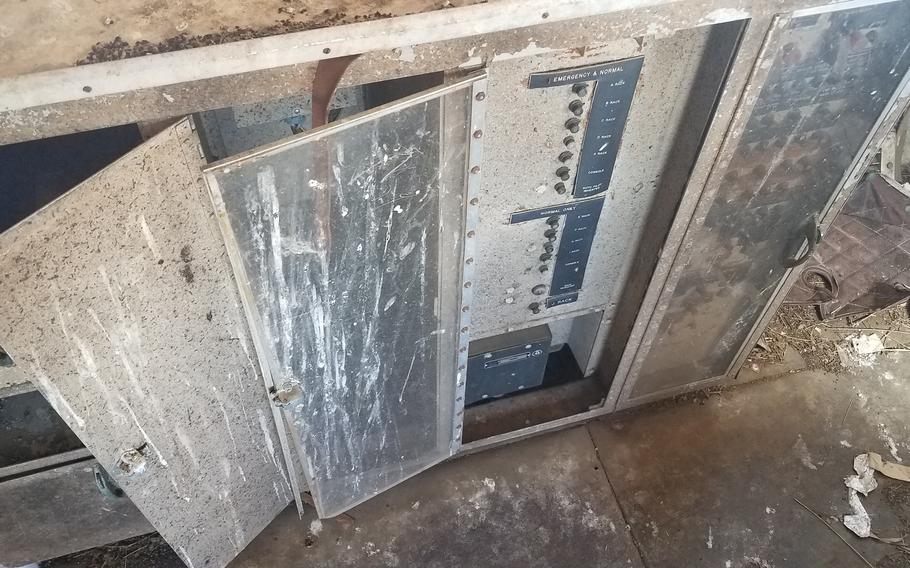 The radio racks on the R4D that Air Force retiree Gino Lucci bought in 2019 were repurposed when he converted the World War II-era plane into a motor home, and became cabinets under the kitchen sink. (Gino Lucci) 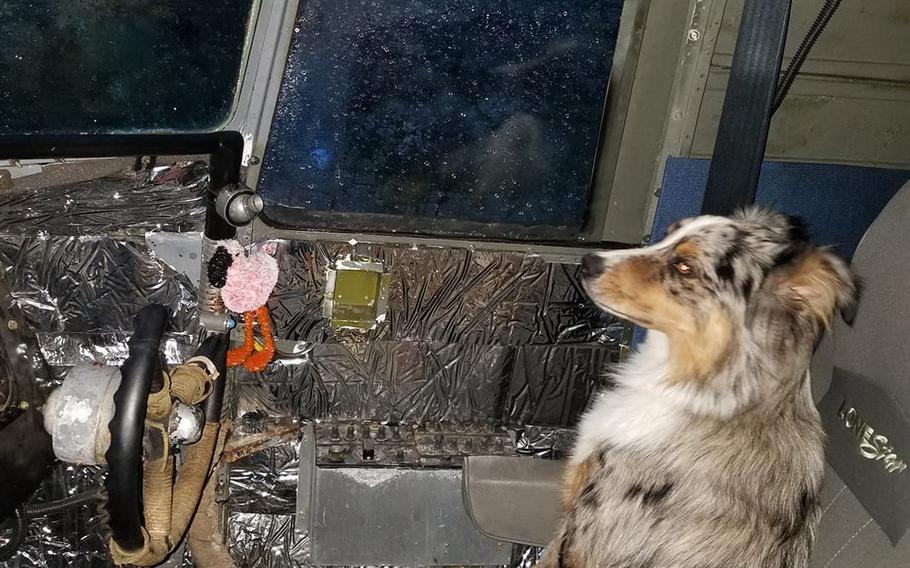 Gino Lucci's Australian shepherd, Scooter, sits in the passenger seat of the World War II-era transporter plane that Lucci bought in 2019 and converted into a motor home. (Gino Lucci)

It took a year to convince the skeptical plane owner to sell it to Lucci, but he finally did in May 2019 “for the price of a used car,” Lucci said. He declined to say how much he paid for the aircraft.

After the purchase, he and Giacinto lined the plane up with their truck, which they knew was within the 40-foot length allowed in the U.S. for a road vehicle, and cut the fuselage off at the truck’s rear bumper. The wings were removed and transported in separate trips back to Michigan, 455 miles away.

There, Lucci and his son gutted the plane and began turning it into an RV. The only fittings inside the plane-turned-motor home now that aren’t from the original R4D or other aircraft are a fridge, couch and table, and the bathtub that his wife asked for.

“The sinks are airplane sinks,” Lucci said. “We used the original radio racks out of the airplane to make the kitchen. The wood around the windows, to make it look like civilian aircraft did in the 1930s, is from old airplane spars. The instruments on the passenger side — they all work.” 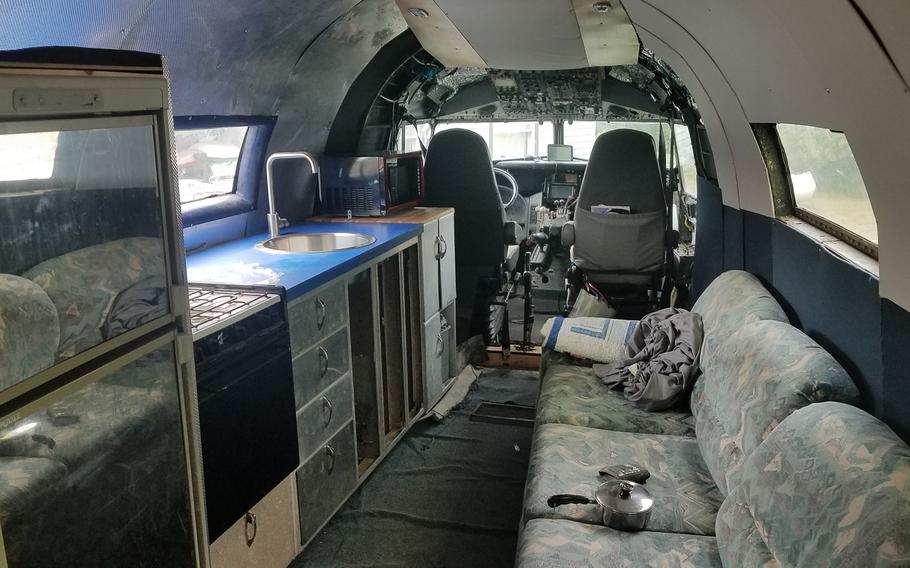 The interior of the R4D after it was remodeled by Air Force retiree Gino Lucci and turned into a motor home. The sink is from another aircraft and the cabinets underneath it were the original radio racks from the R4D. (Gino Lucci)

The motor home, dubbed the Fabulous Flamingo, has been driven from Lucci’s home in Michigan to Texas, and from there to Maine.

It’s 12 feet, 6 inches high, or one foot under the height permitted for road use.

The fuselage sits on the chassis of an old delivery truck used by the company he founded after retiring from the Air Force in 2015, following a 25-year career that took him from Kyrgyzstan to Kosovo, the Persian Gulf and Diego Garcia. Round Engine Aero sells used airplane parts, particularly “vintage stuff from like 1950 back to the ‘20s,” Lucci said.

A year after buying the Flamingo, Lucci and his son drove it back to Rolla to show the owner of Baron Aviation what they had done with it. He was so impressed, he sold them the other two planes including one that flew in D-Day. All three now sit on the 5-acre farm in Nashville, Mich., where Lucci lives and runs his business.

The plane-turned-RV still turns heads on the road.

“I drive it no faster than 55 or 60 mph so that I can stop easily when there are too many people trying to take pictures,” Lucci said. “But it can do up to 70 mph, easily.”

His most memorable encounters have come at gas stations, which he has to visit fairly often because the RV gets just 8 miles per gallon. Once, in Missouri, a stranger approached him as he filled up and asked if he would come meet her father, who she said had flown C-47s.

“When we got there, this guy is in a wheelchair in his driveway, he’s got an Air Force shirt on, an Air Force hat, and he’s got a U.S. flag and he’s waving it,” he said. “He started telling us how he flew those in World War II and then in the Korean War until he went to F-86s. Afterward, his daughter said, ‘Dad never told us anything that he just told you.’

“I was fighting back tears. It was so neat. And yet, at the beginning of this project, I can’t tell you the number of people who told me I couldn’t do it, I’d never get it approved, it’s a dumb idea,” he said.