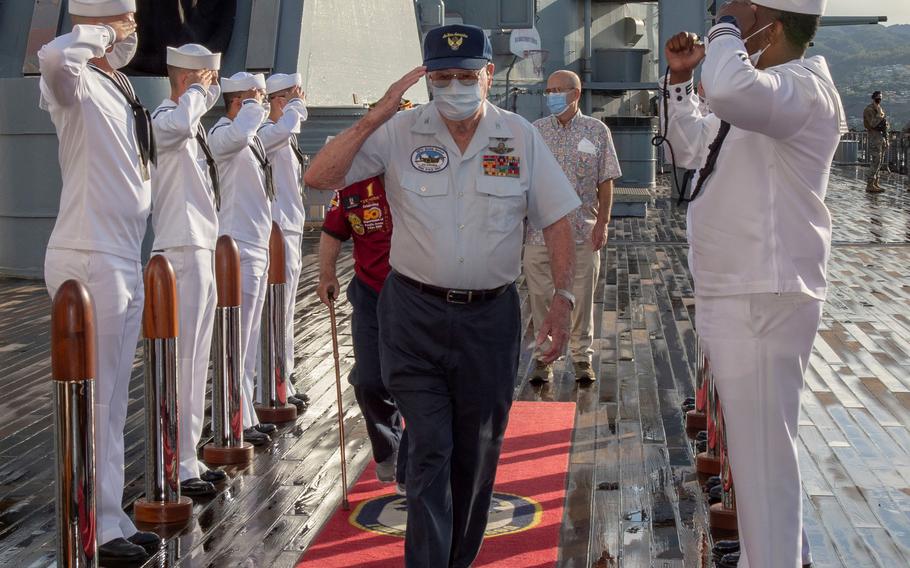 HONOLULU (Tribune News Service) — Jack DeTour had a close-up and very personal view of the Pacific war and lasting peace that followed after Japan attacked Oahu nearly 80 years ago on Dec. 7, 1941.

Close-up in that the B-25 Mitchell bombers he piloted against Japanese shipping in the Southwest Pacific perfected the technique of attacking at 300 to 350 mph at very low altitude with multiple .50-caliber machine guns blazing.

The combination of bombs that skipped across the waves into the side of a ship and the heavy machine guns was used to devastating effect by the “commerce destroyers.”

“We were flying mast-level attacks capable of cutting a destroyer in two,” the Honolulu resident said in a Pearl Harbor Aviation Museum video interview. “More than once our bombers returned with ship rigging wrapped around their wings.”

It was also personal in that he saw the carnage that his and other bombers were causing. From a distance it looked like hay bales were being hit by the bomber’s deck-clearing machine guns.

“Then when you got in there and went over the ship, (you could see) those were people,” the retired Air Force colonel told the Honolulu Star-Advertiser in August.

The deadliest conflict in human history eventually evolved into reconciliation and friendship, with DeTour and Japanese Zero pilot Shiro Wakita together pouring whiskey into Pearl Harbor in remembrance of two crashed U.S. B-29 bomber crews and the citizens of Shizuoka, Japan, who were targeted in the American night bombing raid. The event is known as the “Blackened Canteen” ceremony. 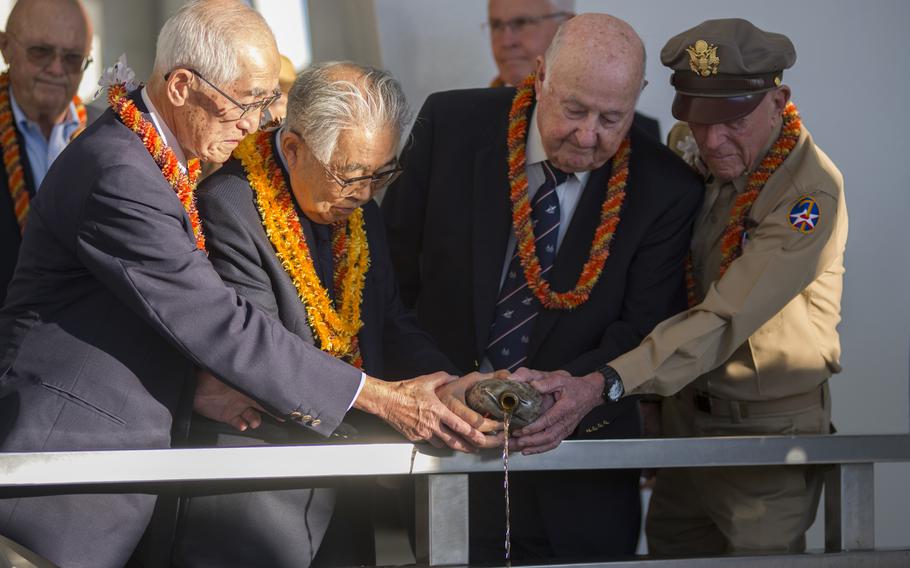 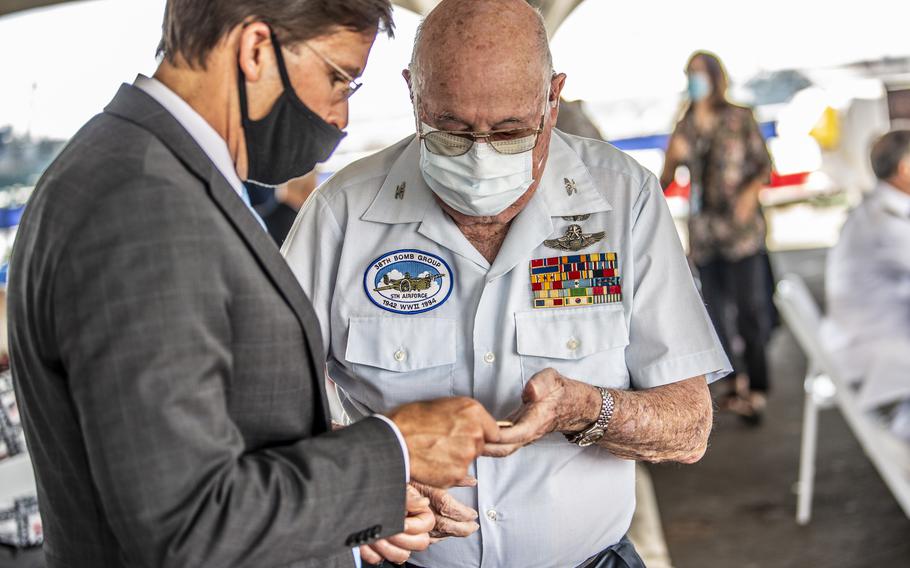 In 2018 DeTour sat next to his friend Wakita while the ceremony was discussed in the theater at the USS Arizona Memorial visitor center.

Executive Director Elissa Lines said DeTour was “very instrumental” in the annual ceremony in which a dented canteen from one of the two B-29s that crashed as a result of a midair collision, initially a symbol of the horror of war, became an instrument of peace and reconciliation at Pearl Harbor.

The annual ritual of jointly pouring whiskey into the harbor on Dec. 7 grew out of a humanitarian effort in 1945 by Shizuoka city councilman Fukumatsu Itoh, a devout Buddhist who buried the downed American flyers.

A private ceremony was held each year on June 20 — the date of the crash — to honor the civilian casualties and American aviators, with Itoh using the recovered American canteen to pour whiskey on a makeshift cross.

“I think one of the most important things that I learned from Jack DeTour was his commitment to sharing the experiences of war from the perspective of how we, together, find other ways of solving conflict,” Lines said. “He was passing onto young people the importance of understanding respect and responsibility and working together to find solutions.”

DeTour enlisted in the Army Air Forces to be a pilot after graduating from high school in 1942. He completed flight training at La Junta Army Air Base in Colorado.

“I looked at the board for assignments. It had my name and it said La Junta, Colo. That’s where I was,” he recalled last year. “I said, ‘What the heck am I going to do here ?’ and the guy said, ‘Well, you probably flunked a course, you have to take it over.’ So I asked my instructor, and he said, ‘You are going to be an instructor.’”

“So as soon as I graduated from cadets, as a 19-year-old kid or so, I’m teaching people how to fly a B-25,” he said with a laugh. It gave him that much more flying experience when he flew in combat.

DeTour flew the unique brand of low-level bomber missions in the Pacific from locations including New Guinea, the Philippines and Okinawa.

An enlisted pilot who at one time lived in Honolulu — Pappy Gunn — was instrumental in up-gunning the B-25s with way more machine guns than they had earlier, DeTour said. Some of the bombers were modified to have 10 or more forward-firing .50-caliber machine guns.

“The B-25, I believe, was the best medium bomber that we had in the Pacific. The B-25 was great (flying low) on the deck (and) on the waves doing skip-bombing into the ships,” he said.

Last year, in conjunction with the 75th anniversary of the end of World War II, organizers arranged for DeTour to fly on the B-25 “Old Glory” brought in to be part of several aerial parades in commemoration of the event.

DeTour said after the flight from Daniel K. Inouye International Airport that he was probably a bit faster in his early 20s climbing up a skinny belly ladder to get into the cockpit area.

He sat behind the pilot and co-pilot in the narrow fuselage and joked that he was ready to take the controls.

“Oh yeah, I could have gotten in there — but they were busy,” he said.

Lines, the aviation museum executive director, was asked how many World War II veterans are left in Hawaii.

“That’s a good question, as we’re getting ready to invite our veterans again for the 80th commemoration (of the Dec. 7, 1941, attack) — so that they’ll be our guests to come for all the things that we have planned,” she said. “It’s hard to say how many are left. That’s a challenge.”