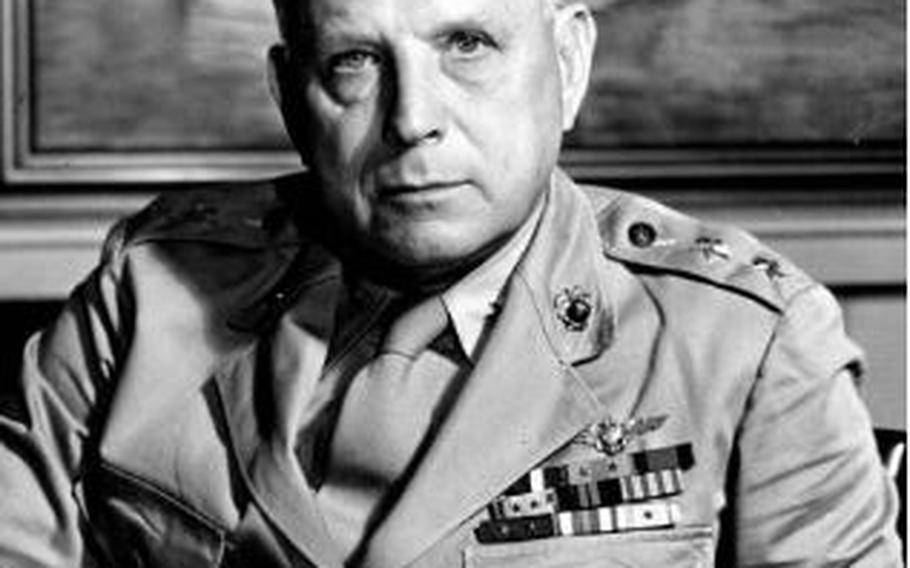 PENSACOLA, Fla. — An ancient Japanese temple bell that has been at the center of a Pensacola family for decades began its journey back to its birthplace Monday, thanks to the generosity of the patriarch's surviving family members.

The family of Pensacola Gen. Roy S. Geiger, a four-star general who was one of only two Marines to receive the Navy Cross for heroism in both world wars, has held possession of the bell for 74 years.

"I see my life, when I look at the bell, my lifetime flashes before my eyes," said Geiger's granddaughter, Melanie Curtis. "It's been part of me since before I was born. My girls have rung it, my grandkids rung it and my grandmother rang it for me when it was dinnertime. It's in family pictures. It's always been there."

Memorabilia and other "treasures," including the temple bell from the Japanese prefecture Okinawa, are the last pieces of Geiger's physical war bequest that have lived with Curtis and her family. 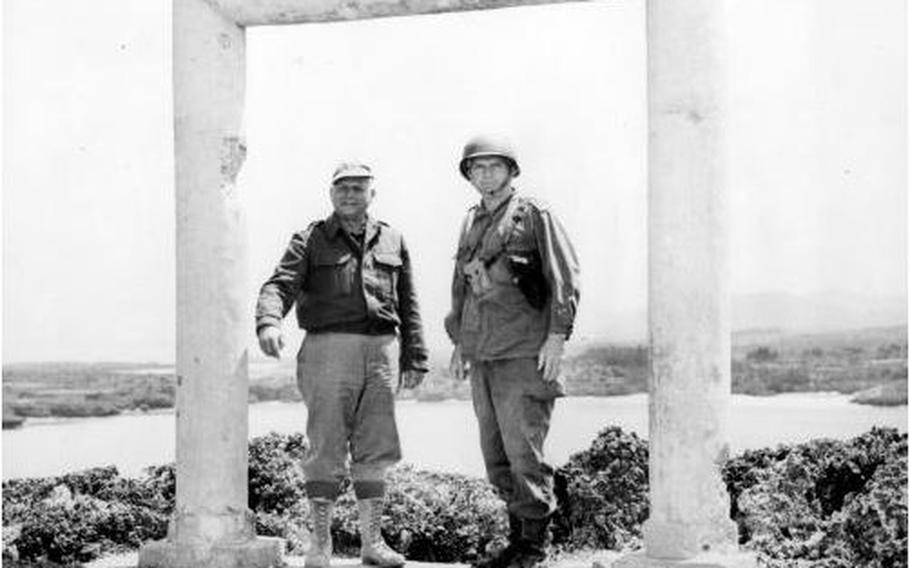 The bell will be placed in the Okinawa Prefectural Museum & Art Museum after an online ceremony that was held Monday evening in Pensacola between the Curtis family and Alex Kishaba, president of the Japanese nonprofit organization Ryukyu America Historical Research Society in Okinawa.

Back in its designated birthplace, the return of the temple bell was commemorated in accordance with the June 22 celebration of the end of the Battle of Okinawa in 1945.

On March 31, 1916, Geiger reported for duty at Naval Air Station Pensacola and began flight training. One year later, he became the fifth Marine to receive his gold wings.

Curtis said Geiger was given the bell from Okinawa residents after the Battle of Okinawa in World War II, the largest amphibious assault in the Pacific. In the clash, the U.S. Army and Marine Corps fought the Imperial Japanese Army from April 1 to June 22, 1945, when Japanese forces surrendered their troops, two months before the Japanese capitulation following the bombings of Hiroshima and Nagasaki.

At Okinawa, Geiger led the first amphibious corps and assumed command of the 10th Army, becoming the first and only Marine to command a field army.

After the 1945 battle, Geiger returned to Pensacola with the bell, where it became a family heirloom. Most recently, it hung with a gong outside Curtis' family home in a circular driveway off of Scenic Highway.

Ten years ago, Curtis' lifelong Okinawan housemaid was the first person to point out the cultural significance of the bell, recognizing its origin and the connection between the artifact and Geiger.

Within weeks, Kishaba was contacted by a reporter who knew the brother of the housemaid. The housemaid, who would return home to Okinawa for vacation, brought a photo of the bell from Curtis' curious mother to Kishaba.

"After taking one look at the photo, I was trying to find times to fit in a visit to Pensacola to see Melanie and the bell," Kishaba said.

Tracing down the temple bell, Kishaba ventured to Pensacola in 2014 in hopes of returning the artifact to Okinawa.

Curtis, however, wasn't quite ready to give up her connection to her war hero grandfather, who was the glue of their longstanding family legacy.

As she prepared to move to a new home earlier this year, Curtis began to contemplate the best plan of action for the bell's placement and existence. The decision came much easier this time around.

"Over time, I've thought about it and I truly believe it needs to go back to the Okinawan people," Curtis said.

Curtis agreed to its repatriation and partnered with Kishaba and liaison and former U.S. Navy pilot Jeff Schneider to prepare for the bell's crating and shipping details to Okinawa.

The cultural significance behind the bell unfolds part of Okinawa's history and practice of Buddhist ideals. Kishaba defined it as a "secondary bell" that was rung to notify the Okinawan people, whether about waking time at 7 a.m. or in the case of approaching opposition forces, such as that in the Battle of Okinawa.

The handles curving at the head of the bell are dragons — the symbol of Okinawa that garnishes castles in stone throughout the island.

The round spheres dotting the rusted seafoam bell align with its sibling bells in the Okinawan museum and temples; however, it lacks the ingrained writings that usually tell Okinawan history and stories.

"The bell is a missing link to our (Okinawan) history — it's a chain to our legacy. For the sake of our children, they need to know their history and that's what museums are for in the first place. Forgetting your ancestors' history is like forgetting your parents, so we are very thankful to Melanie for sending the bell back," Kishaba said.

Although Geiger passed away one year before Curtis was born, the war stories passed down through generations play like a broken record as she now begins a new chapter in her life, starting with letting the bell go.

"This bell is precious to them and their culture. It's too special to them. I've enjoyed it, and my family has, but it needs to be shared," Curtis said.