The legislation, with bipartisan and bicameral support, would expand the eligibility to all state veteran cemeteries across the country.

Shaheen serves as a senior member on the Senate Armed Services Committee while Pappas is on the House Committee on Veterans’ Affairs.

Currently, only servicemen and servicewomen who meet national eligibility standards are allowed to be buried in the cemeteries if they receive federal funding.

The Burial Equity for Guards and Reserves Act would change that by banning the U.S. Department of Veterans Affairs from placing cemetery eligibility conditions on such federal grants.

First proposed in 2020, the latest version of this legislation has been updated to permit children of eligible veterans to be buried in these cemeteries if they choose. It would also prevent the VA from limiting plot allowances at state cemeteries that welcome guards and reservists to be buried there.

“Guard members and reservists sign up to serve like all of their fellow service members across the military branches. It’s unacceptable that the VA currently prohibits many of them from being buried in a state veterans cemetery,” Shaheen said in a statement. “Service on behalf of our nation should be rewarded with honorable burials — period.”

Pappas said this would be an especially appropriate honor, given how veterans have helped states respond to the COVID-19 pandemic.

“Over the past year our National Guard and reserve members stepped up to protect our public health and safety during the coronavirus pandemic, and we are eternally grateful for their efforts,” Pappas began in a statement.

“The National Guard and reserve have always played a significant role in our communities and national defense, and this legislation will honor their service and contributions. The privilege of being laid to rest in a state veterans cemetery is one that reservists and members of the guard deserve.”

Sen. Maggie Hassan and Rep. Annie Kuster, both D- N.H., are co-sponsors of the measure along with Sens. Kevin Cramer and John Hoeven, both R- N.D., and Rep. Steve Palazzo, R- MS. 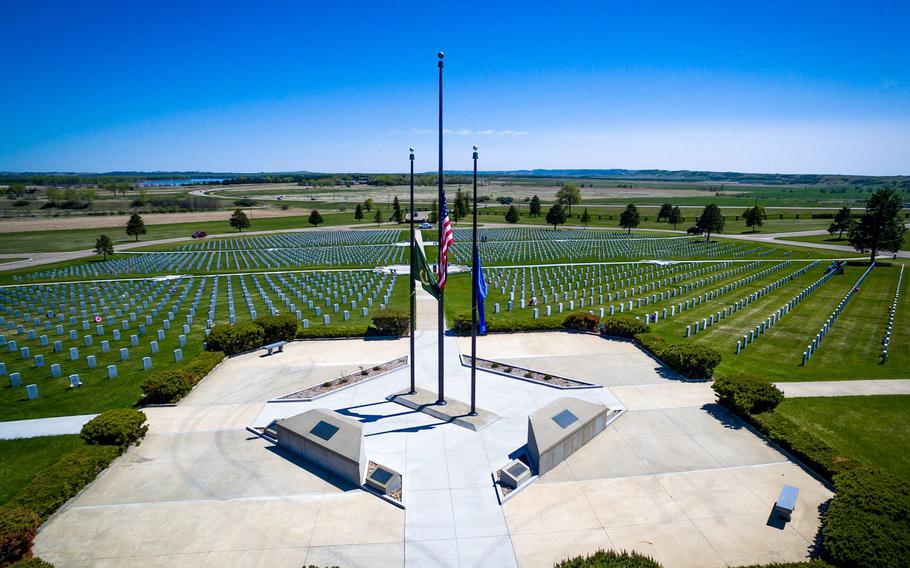 The North Dakota Veterans Cemetery is shown in this undated photo. (Facebook)