Seventy-seven years after leaving high school to fight in WWII, veteran gets his diploma 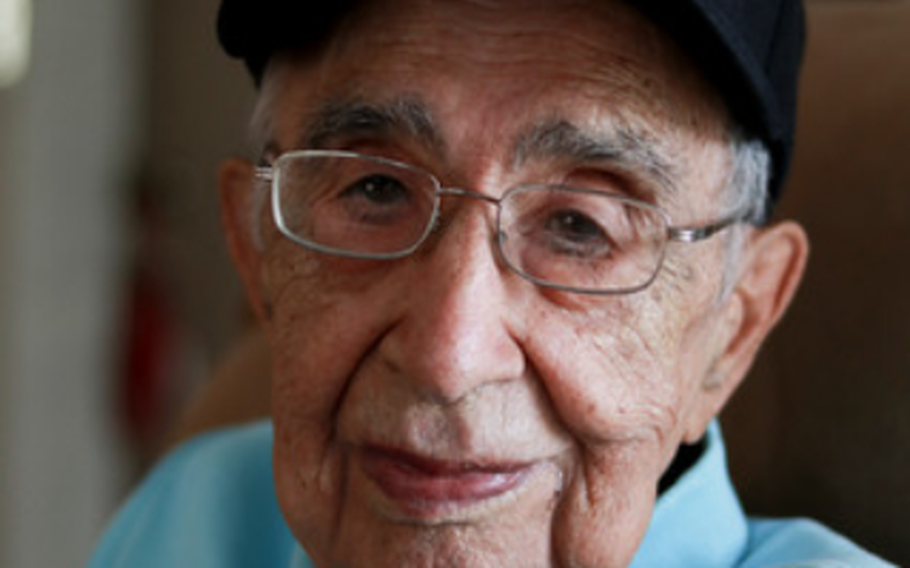 Cosmo Uttero was just a teenager when he left Welleley High School to fight in World War II. On June 4, 2021 he finally got his diploma from Wellesley High School. (Kates Family Photography)

NEEDHAM, Mass. (Tribune News Service) — Some Wellesley High School families scrolling through the list of Class of 2021 graduates on June 4 might have been puzzled by one of the names: Cosmo Uttero

Cosmo who? In four years, he hadn’t shown up on the football field or in a class play. Who was he?

Principal Jamie Chisum cleared up the mystery for those who hadn’t already heard. At the age of 97, Cosmo Uttero was finally getting his diploma, part of a nationwide program called Operation Recognition started by the Massachusetts Department of Veterans’ Services.

Like many young people, Cosmo had left school to join the Army and fight in World War II.

On Sunday, June 4, 1944, Cosmo boarded a ship from England headed for the coast of Normandy to attack the Germans.

“The weather was bad, and he had to turn back, but two days later he would shed his gear in the deep water to avoid drowning and fight his way up the beach with a dead comrade’s carbine,” Chisum told the crowd sitting at Hunnewell Field or watching from home — including Cosmo himself and a group of family members, neighbors and buddies in Bradenton, Florida.

But why should that mean anything to today’s graduates?

“Cosmo’s sacrifice is an example most of us here cannot understand,” Chisum told the class.. “However, I believe this past year you all were asked to make real sacrifices for the sake of your community too. It isn’t at all fair to compare his sacrifice to yours, but I do want to lift up what you’ve done by finding something you both have in common. You both did what your time and your community asked of you. You weren’t asked to go fight for your country, but this year did come with too many deep family losses.”

Both Chisum and Superintendent David Lussier had spoken to Cosmo.

“I’ve tried to imagine what must have been going through Cosmo’s mind when, at the age of 17, with a world at war, he decided to leave the safe confines of Wellesley and enlist in the Army, essentially running toward the sound of the guns,” said Lussier.

“I guess you could say it’s the final nail in my coffin,” Wellesley’s Stephanie Hawkinson, director of communications, quoted him in a hometown-proud release about the event.

He said wished he could have been at the ceremony, “but I’m glad to see it on the computer.”

Cosmo lived of Weston Road near Morses Pond. After leaving Wellesley, he became a member of the 175th Regiment, 29th Division, Private First Class Uttero landed on Omaha Beach on June 6, 1944 in the face of enemy fire.

“According to reports from the National World War II Museum in New Orleans, Cosmo’s unit was not set to land on the beach until the day after the invasion,” Hawkinson found, “but due to horrific losses suffered by the 29th Division, his unit was sent in just after 12:00 p.m. Cosmo has said he was one of only three men in his unit not to be injured or killed during the invasion.”

The program that allows school districts to award high school diplomas to those who long ago left their classrooms to go to war was a surprise to Cosmo.. “I didn’t have to study or anything,” he said

Having achieved this goal, what does the future hold for the new grad? “Maybe I’ll think about college,” he joked. .”But not Wellesley College, I’m told it’s still mostly for women.”