WASHINGTON – Republican lawmakers voiced concerns Tuesday about President Joe Biden’s 10% budget boost for the Department of Veterans Affairs, and questioned whether the demand for VA services warranted billions of dollars more for the agency.

VA Secretary Denis McDonough testified before the House Committee on Veterans’ Affairs to defend Biden’s fiscal 2022 budget proposal, which totals $296.9 billion for the VA – a 10% increase from 2021. Rep. Mike Bost, R-Ill., the ranking Republican on the committee, said he was concerned about the national debt and the rate of growth of the VA’s budget in recent years.

“The time has come to ask when the VA will be adequately funded,” Bost said. “Congress must always prioritize veterans, but there is a natural limit to how big any budget can be.”

In response, McDonough insisted that the department has experienced high demand for care during the last few months, and he believes the trend will continue.

“We’ve now seen in March, April and May a significant surge in demand for services in VA care and in community care,” McDonough said. “So much so that we’re watching very closely what that means for the overall budget numbers. … We’re in the midst of a wave.”

The $296.6 billion for the VA includes $152.7 billion in mandatory spending, which goes toward entitlement programs and does not go through the congressional appropriations process. The remaining $117.2 billion are discretionary funds, which must be considered by Congress.

Biden’s discretionary budget request includes $18 billion to improve the infrastructure of VA hospitals and clinics, as well as $260 million to help provide childcare resources to veterans.

The plan also calls for a significant increase to the VA’s suicide prevention efforts. The budget for these efforts would total $598 million, about $285 million more than in 2021. Some of that money would be used to expand the Veterans Crisis Line, a suicide hotline for veterans and their families.

The funding for suicide prevention would also go toward implementing a law Congress passed in 2020 that orders the department to provide free care to all veterans in a suicidal crisis. The measure also mandated that the VA create an education program for families and caregivers of veterans with mental health problems, and it requires the VA police force to undergo de-escalation and crisis-intervention training.

Rep. Troy Nehls, R-Texas, said Tuesday that he supported the budget increase for suicide prevention. However, he questioned other increases in Biden’s proposal.

“The government response to everything is to throw money at it,” Nehls said. “It has to be about efficiency, too. We have to see a more efficient VA. … We have to make sure if we’re going to increase spending that we see a good return on that investment.”

Bost noted that the $17 billion, as well as $20 billion the VA received from the CARES Act last year, added to the VA’s largest-ever budget appropriation for fiscal 2021.

“I will always act to make sure that veterans have what they need,” Bost said in a statement after Tuesday’s hearing. “But veterans are taxpayers, too. They deserve to know that the massive funding increases VA is requesting are necessary, not wasteful.”

Biden’s proposal for the VA continues a pattern of increases for the department that lasted throughout the administrations of former President Barack Obama and former President Donald Trump. The agency’s budget has increased consistently since the beginning of the Iraq and Afghanistan wars in the early 2000s.

In 2009, the VA operated on a total budget of $90 billion. Under Trump, the agency’s yearly budget surpassed $240 billion, including mandatory and discretionary spending. 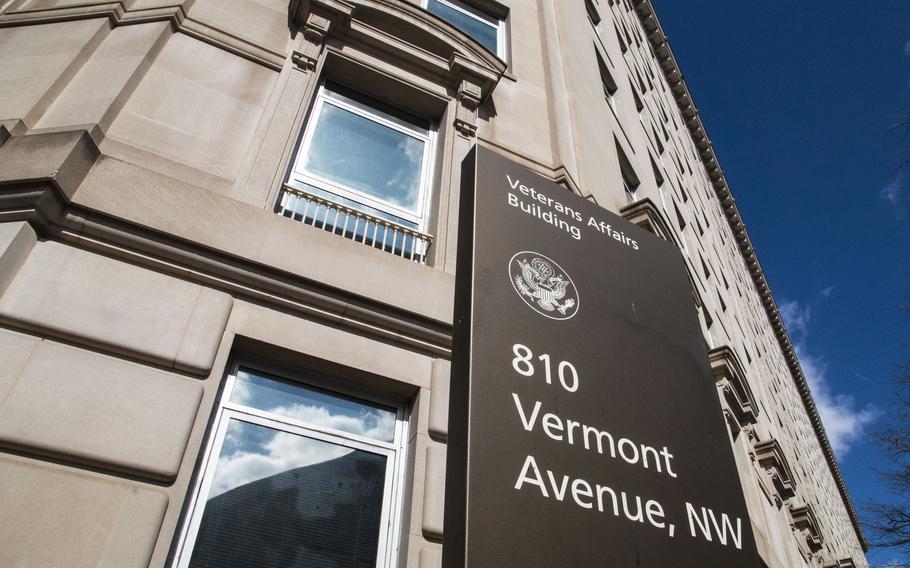