HONOLULU (Tribune News Service) — A groundbreaking ceremony and Hawaiian blessing was held in Kapolei on Memorial Day for a $98.4 million, 120-bed veterans home that officials acknowledged was a big challenge to bring to fruition.

Construction already has started on the Daniel K. Akaka State Veterans Home, named after the former Hawaii U.S. senator who championed veterans issues, on about 7 acres, with completion expected in April 2023. Akaka died in 2018 at age 93.

The project was awarded a $44.7 million federal grant from the U.S. Department of Veterans Affairs and received $53.7 million in state funds for planning, design, construction and equipment, according to the state.

The Kapolei facility will target both long-term and short-term-stay veteran populations, eligible spouses and Gold Star parents and will be open to all veterans living in Hawaii.

"Hawaii will still be 53 beds short of the 268 total state veterans home beds needed for the state, but upon completion, the Akaka SVH will more than double the state's current capacity, " the state Department of Defense said in a release.

The new facility will be the second state veterans home, with the other, Yukio Okutsu State Veterans Home, in Hilo. A 2014 state feasibility study justified the need for another veterans home in addition to the one in Hilo and a 60-bed federal facility at Tripler Army Medical Center.

"It is impossible to adequately pay tribute to the veterans and their families for their sacrifices protecting our beloved country, " state Adjutant General Maj. Gen. Kenneth Hara said at the event.

Hara also noted that the process to secure the state veterans home "was challenging and sometimes extremely painful. However, the efforts that led us here today were well worth it."

He singled out the work of retired Col. Ron Han with the Office of Veterans' Services and the state Legislature. Han's "diligence, his efforts, were amazing," Hara said. "I tell you, (I thought) so many times that this home was going to fail."

The Legislature agreed "to pay the bill and go beyond what the federal match was for this project, " he said.

Gov. David Ige, in his remarks, noted that the Legislature recognized that the state "needed to step up and provide more resources in order to make this happen." The governor also thanked Hawaii's congressional delegation for providing the "seed money to keep this dream alive."

It wasn't the first use approved for the state-owned land, which was periodically rented out for festivals and community events.

In 2018, sewer connections and "market changes " were cited as issues in the plan not going forward. State efforts were aborted, meanwhile, for a new veterans home near Diamond Head or in Aiea.

Millannie Mattson, Akaka's daughter, related that her father always said that "our nation owes no greater debt than to the men and women who served in uniform." 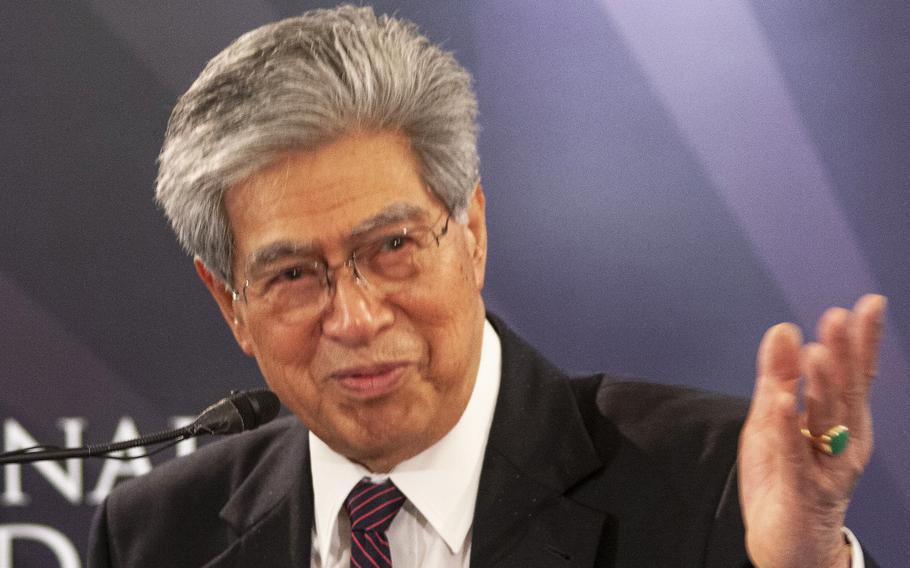 "Dad saw the start of the war in the Pacific with the bombing of Peal Harbor " when he was a senior at Kamehameha Schools and was sent with 28 other seniors by an ROTC commander above the campus to scout for Japanese paratroopers.

Drafted late in the war, Akaka, who was assigned to the Army Corps of Engineers, was on tugboat missions between Guam, Saipan and Tinian, his daughter said.

Early on Aug. 6, 1945, the B-29 bomber Enola Gay departed Tinian with the "Little Boy " atom bomb, which was dropped on Hiroshima.

Akaka didn't see the Enola Gay take off, but word of its mission got around, she said. Her father witnessed the beginning of the Pacific war, and he was there at the end of it in 1945. He subsequently battled post-traumatic stress disorder, she said.

"All of these experiences changed him and stayed with him, and eventually motivated his actions for veterans while he served in Congress, " Mattson said. "He had a special love for veterans because he was one of them."