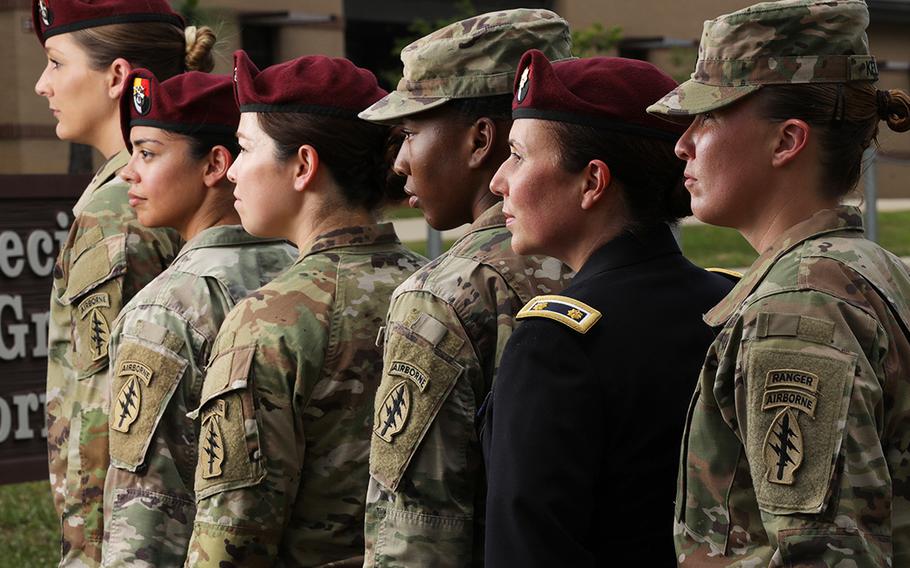 WASHINGTON – The House Committee on Veterans’ Affairs pushed Thursday to enact measures that would boost the representation of women and minority veterans at the Department of Veterans Affairs, all of which the department supported – except one.

The VA supported bills to create a new Tribal Advisory Committee at the agency and add lesbian, gay, bisexual and transgender veterans to its Advisory Committee on Minority Veterans. Legislation to bar the VA from collecting copayments from tribal veterans also gained the department’s support. However, VA officials again fought with lawmakers over a proposal to alter the agency’s motto to make it gender neutral.

“The VA and those of us who work for the VA understand our mission is very broad,” said Maria Llorente, an assistant deputy undersecretary of the VA. “It’s an inclusive mission. At this point, however, the VA’s position is we don’t see a need to enact a new motto.”

Since 1959, the VA motto has been a quote from former President Abraham Lincoln’s second inaugural address in 1865, the same year that he created the first government institution for volunteer soldiers: “To care for him who shall have borne the battle and for his widow, and his orphan.”

The Honoring All Veterans Act, introduced by Rep. Kathleen Rice, D-N.Y., would change the motto. It would read, "To fulfill President Lincoln's promise to care for those 'who shall have borne the battle' and for their families, caregivers, and survivors."

Llorente was just the latest department official to voice opposition to the change. Calls to make the motto gender neutral started two years ago and have recently intensified after VA Secretary Robert Wilkie announced in May that he planned to install bronze plaques inscribed with the motto at all of the agency’s 142 veterans cemeteries.

On Thursday, Rep. Phil Roe, R-Tenn., the ranking Republican on the House Committee on Veterans’ Affairs, joined those urging the VA to make the change.

“It seemed simple to me to just honor those who served and not just men who served,” said Roe, a veteran. “It doesn’t diminish the great speech President Lincoln gave. Things have changed a lot in the last 170 years.”

When Rep. Mark Takano, D-Calif., took the chairmanship of the House Committee on Veterans’ Affairs last year, he vowed to address barriers facing women, minorities and LGBT veterans. The bills at Thursday’s hearing built on that promise, he said.

Takano asked veterans service organizations – many of which didn’t offer an opinion on the bills, though they were asked – also to be more inclusive.

“Some organizations… told us they couldn’t formally comment on a number of the bills that seek to enhance inclusivity,” Takano said. “Given the changing demographics of the veteran population, we all need to do more to serve minority veterans, including women, the LGBT community and people of color. Gone are the days when the veterans advocacy space should be dominated by the wants and needs of white male veterans.”

Other bills the committee discussed Thursday would boost maternity care at the VA and allow women veterans to receive prescriptions for a year’s worth of birth control.

One bill would establish a new Task Force on Outdoor Recreation to suggest how the VA can use public lands as recreational therapy for veterans. Another would expand eligibility for VA home loans to some members of the Reserve components of the military.

Roe pushed for legislation that would mandate the VA to carry out a retraining program for veterans who have lost their jobs during the coronavirus pandemic.

The committee also heard from two House Democrats who introduced legislation to force the VA to respond to a backlog of requests made through the Freedom of Information Act.

It was unclear Thursday when the committee would vote on the legislation. Once passed, the bills would be sent to the House floor for consideration.