Zermatt: A car-free resort at the foot of the Matterhorn 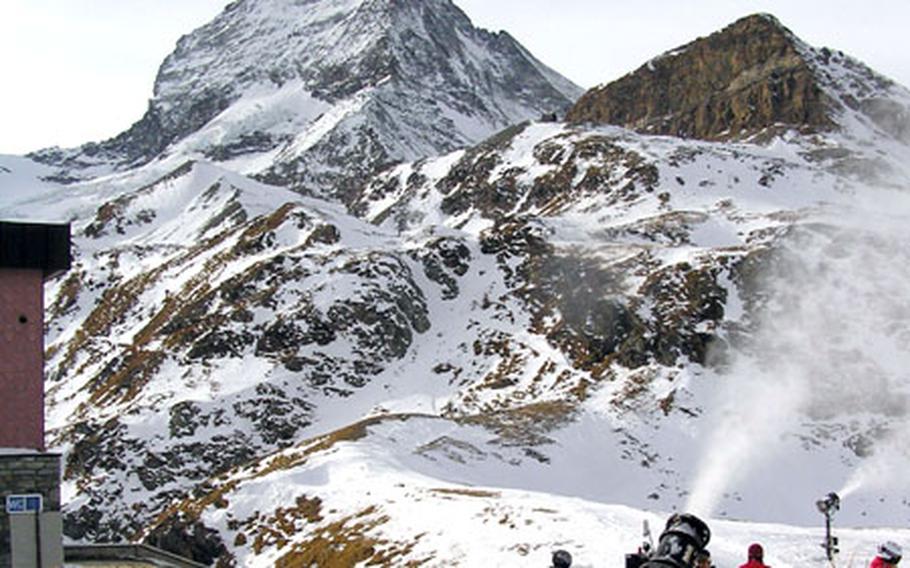 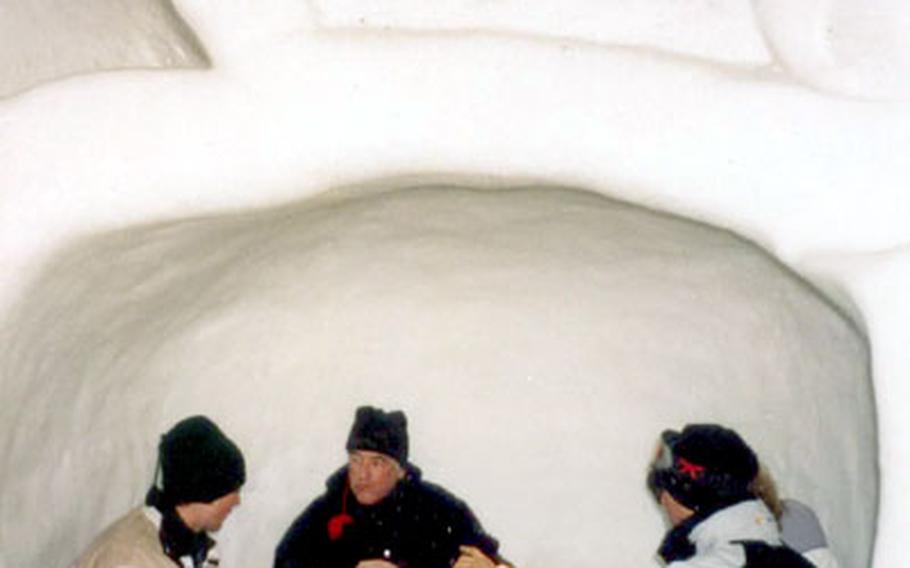 Skiers enjoy a break at an igloo on the Zermatt slopes. The adventurous can even spend the night in the snow hut. (Leah Larkin / Special to S&S)

Everyone wants to ski Zermatt. It&rsquo;s among the world&rsquo;s top resorts with its mighty mountain, the Matterhorn, drawing crowds year round. The legendary 14,690-foot peak looms crooked and solitary above the Swiss mountain village.

In the summer, some 3,500 climbers ascend the pyramid-shaped summit, with between five and 10 perishing on the way up or down. In the winter, thousands flock to Zermatt&rsquo;s slopes, spread out in three areas around the village.

The Matterhorn is enough to make Zermatt special. Add to that its car-free ambience, in which horse-drawn carriages and electric cars shuttle visitors to and from their hotels and around the village. Throw in classy boutiques, a raging mountain river and weather- worn chalets and you&rsquo;ve got the quintessential Alpine village.

Zermatt is in southwest Switzerland, about 150 miles south of Zurich on the border with Italy. For the ultimate ski experience, you can ski over the mountains to Italy and enjoy the slopes of the neighboring resort, Cervinia. The resorts combined offer plenty of ski terrain &mdash; some 220 miles of marked runs. The majority of slopes are ideal intermediate terrain, but black-run daredevils and struggling beginners will find their match.

Many American ski clubs in Europe get a head start on the season with a Thanksgiving trip to Zermatt. Since snows are not always plentiful early in the season, skiing usually is limited to Zermatt&rsquo;s glacier slopes under the Klein Matterhorn, which are also open for skiing during the summer.

At an elevation of 12,530 feet, the Klein Matterhorn slopes are Zermatt&rsquo;s highest and the long trip to the top involves riding three cable cars.

Before setting off to conquer the slopes, it&rsquo;s worth removing your skis and climbing the steps to the viewing platform for superb scenes of the numerous mountains &mdash; all more than 13,000 feet high &mdash; that ring the area.

The Klein Matterhorn slopes are gentle and will not challenge experts. But if there is enough snow, for added adventure skiers can trek through a tunnel at the mountain top, cross the border to Italy and ski the Cervinia slopes. Most make it an all-day excursion and have lunch in Italy.

The Klein Matterhorn offers an added attraction, a cave of ice sculpture under the glacier&rsquo;s surface. Dramatic lighting and classical music provide an enchanting background for the artistic creations. Entrance is free.

At lower elevations below the Klein Matterhorn are more slopes with chair lifts and gondolas. Trail No. 15 from Schwarszee to Furi offers an enjoyable long, long ride. Continuing on down to Zermatt from Furi is a popular watering hole, the Hennu Stall, where skiers often stop for an end-of-the-day drink.

Zermatt&rsquo;s other ski areas are the Sunnegga and the Gornergrat. Unfortunately the lifts to the three areas are spread out in different parts of town. If you want to ski all the areas, it will require lots of walking to and from lifts no matter where your hotel is.

A cog train, the Gornergratbahn, chugs along for 40 minutes to climb 4,850 feet from the village to the Gornergrat slopes where you can board a cable car and continue up the mountain to more ski terrain, including a mogul slope and a freeride slope for boarders.

Two years ago while riding the funky train, I had an interesting conversation with a family from Boston who were spending a week in Zermatt. They had gone helicopter skiing on Monte Rosa, a nearby peak, and spent four hours following a guide to the valley. Back then the dollar was stronger, and they found skiing in Europe cheaper than U.S. skiing.

They also enjoyed the unique attractions on Zermatt slopes, including the igloo at Rotenboden in the Gornergrat area: a snow hut with a bar, tables and benches carved in the snow inside. It&rsquo;s a fun and different nook for a break. You can even have dinner and spend the night in the igloo (for details see www.igloo-dorf.com).

Some say the best Zermatt skiing is in the Sunnegga area. An underground train, the Alpen Metro, leads to its slopes and lifts, which go up to the Rothorn. From there, there are two popular intermediate runs, Nos. 22a and 22b, and an excellent blue slope for beginners, No. 5b, adjacent to the train station at Sunnegga. Another blue run, No. 5, leads to the picturesque hamlet of Findeln.

You don&rsquo;t have to ski to enjoy this delightful mountain burg and its restaurants. Zermatt has some 19 miles of winter walking trails, with many accessible from the ski lifts. The trek from Sunnegga to Findeln is a delight, as is the restaurant Chez Vrony in Findeln. When the sun shines, sit on the terrace and enjoy superb views of the Matterhorn.

Both skiers and non-skiers enjoy wandering the streets of Zermatt. Bahnhof Strasse is lined with pricey boutiques and souvenir shops peddling all manner of replicas of the Matterhorn. The town&rsquo;s old quarter, especially Hinterdorf Strasse, gives a glimpse of the past with its weather-beaten, 250- year-old houses standing on a type of stilt. Between the posts supporting the house and the structure are large stone slabs. Meat was dried in the houses, and the stilt-stone design was meant to keep the mice away.

Zermatt&rsquo;s Alpine Museum is worth a visit with extensive documentation and memorabilia from various Matterhorn ascents, including a special exhibit on Edward Whymper, the first to climb the famous mountain in 1865. After eight unsuccessful attempts to scale the peak, Whymper, an Englishman, led a party of seven to the top. However, the victory was scarred with tragedy. On the way down, ropes broke and four of his group plunged to their deaths.

Their graves are among those in the Zermatt mountain climbers&rsquo; cemetery. It, too, merits a visit. The tombstones are labeled with poignant epitaphs and details of those who died on the mountain, most very young.

The cemetery has become a sort of morbid tourist attraction in Zermatt.

&ldquo;Every day there are about 100 visitors to the cemetery,&rdquo; said Ivo Kronig, librarian in Zermatt. &ldquo;There are bus loads in the summer. People are fascinated with death. They are always asking, &lsquo;Where is the mountain climber cemetery?&rsquo; &rdquo;

In addition to sight-seeing, skiing and mountain walking, winter visitors to Zermatt can enjoy snowshoeing, cross-country skiing, sledding and paragliding.