Quick Trips: The quiet side of France 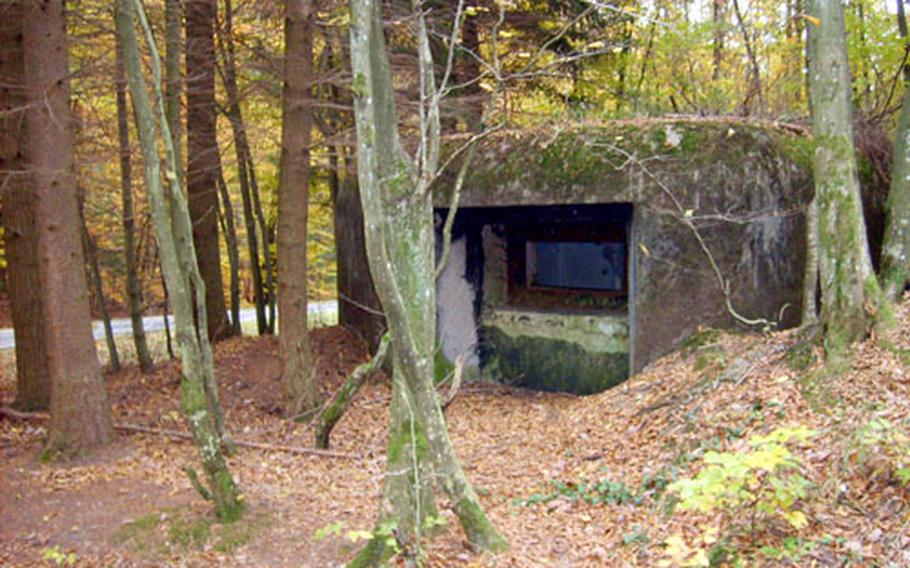 The ruins of Fleckenstein Castle stand on a rocky spur surrounded by trees in the Parc Naturel Régional des Vosges du Nord. The castle dates to the 12th century. (Chris Miles / S&S)

The middle of nowhere can be a hiker&#8217;s paradise.

In many ways, that is exactly the case with the Parc Naturel R&#233;gional des Vosges du Nord.

The park &#8212; in English, the Regional Natural Park of the Northern Vosges &#8212; sprawls for more than 500 miles on the French/German border south of Pirmasens, Germany. It provides excellent hiking and biking paths, pristine scenic outlooks and a lot of peace and quiet in a part of France that is mostly wilderness.

The region is very similar in makeup to the forests and parks throughout Rhineland- Pfalz in Germany. But its biggest plus is its isolation. It has only two major towns, Bitche and Haguenau. The rest of the park&#8217;s approximately 76,000 inhabitants live in 115 towns and villages, meaning there is truly a lot of free space.

The park&#8217;s center is around the small town of Philippsbourg. Here, you can leave your car and take off on miles of hiking trails winding through hills and forests.

There is little or no traffic through this area &#8212; only pure serenity. Often, the only noises are the sounds of the forest and the muffled rattle of a car a few miles away.

Wildlife is abundant. Deer, small critters and a variety of birds often cross your path. The age-old forest, away from urban areas, is in wonderful condition.

The area also has a rich cultural history. There are about 30 museums and ruins of 35 castles scattered around the park.

Only minutes from Philippsbourg is Fleckenstein, one of the most significant castles. The ruins, which can be reached by car or an adventurous hike, date to the 12th century. The fortification was built on a rocky spur and later occupied by the Fleckenstein family, which used it to guard the Sauer Valley and the entrances to the Haguenau forests. It oversaw a thriving fiefdom until it was destroyed in 1689 by French King Louis XIV.

If you park your car at the lot near the base of the rock the castle sits upon, you can either follow a marked path past a series of models showing how charcoal was made during the Middle Ages or take a detour and join climbers scaling some of the sheer rock faces.

Through the centuries, countless armies have passed through the area. Some of the more modern remains are of the pre-World- War-II Maginot Line &#8212; a series of armed bunkers and tunnels designed to hold back the Germans should they attack France again. The abandoned, rusting structures can be stumbled upon wherever you hike. You can walk up to the smaller ones and explore their hollow and cold insides, while some of the larger ones have established opening hours and admission fees.

Hiking in the area can be tough. It should be noted that some trails aren&#8217;t for hiking amateurs. Good hiking boots are a must if you are looking to conquer the steeper paths. They can be tough climbs as trails are not always firm.

Know and go ...Directions: The Parc Naturel R&#233;gional des Vosges du Nord is just across the German border in France, about 20 minutes south of Pirmasens. The center of the park is around Bitche, France. From Pirmasens take Autobahn 8 to Zweibr&#252;cken, then go southeast on B424, which becomes D35A in France and continue to Bitche. From Bitche, head south on N62 to Philippsbourg, the center of the park.

Times: Trails are open year-round. It is advisable to hike during the day only. Some museums close or have reduced hours during winter.

Costs: Prices for the various museums around the park vary, but most cost only a few euros. There is no admission fee for the park.

Food: Cafes and restaurants are in every town throughout the park. Many owners speak both French and German.